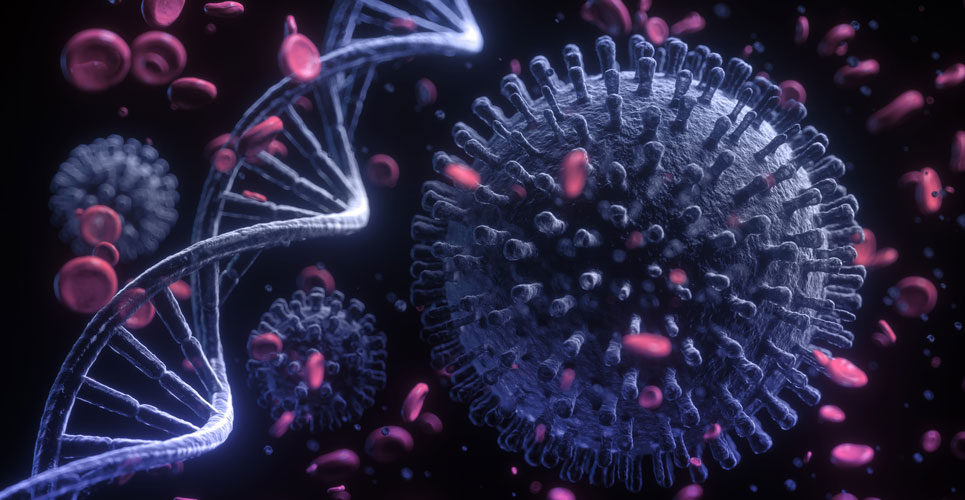 COVID-19 mutations not associated with an increased risk of transmission

The relatively recent jump of COVID-19 from animals to humans has led to concerns that the virus has not fully adapted to the human host and may continue to evolve and become more transmissible.

Mutations in RNA viruses can occur through copying errors, genomic variability when two viral lineages infect the same host and finally because of host-induced RNA-editing systems. Mutations with a deleterious effect on the virus will be quickly removed from the population although those which provide a survival advantage are retained. Researchers have been closely monitoring mutations in COVID-19 because any such changes could affect the ability of the virus to replicate and may even increase transmissibility.

A study by a team from the Genetics Institute, University College, London, have been cataloguing mutations in the virus and assessing whether or not these mutations have the potential to increase the transmissibility of COVID-19. They assessed the difference in transmissibility by estimating the relative fractions of descendants produced by a particular genotype. The rational for this approach was based on the notion that the worldwide distribution of the virus is likely to introduce a high level of genetic diversity which might increase the potential for greater transmissibility.

Findings
The researchers analysed 46,723 SARS-CoV-2 genome assemblies although none of these were found to deviate by more than 32 single-nucleotide polymorphisms from the reference genome, Wuhan-Hi-1. The team estimated a mutation rate of 9.8 x 10-4 substitutions per site per year and this finding is in line with work on other coronaviruses. The team also explored viral homoplasies, i.e., nucleotide changes that have not arisen through simple inheritance and identified a total of 185 such cases. However, none of these were associated with an increased risk of viral transmission or, interestingly, a reduced risk of transmission and all were effectively neutral changes.

Commenting on these findings, the authors noted that COVID-19 has only acquired moderate generic diversity since its transition to humans and concluded that there is currently no a priori reason to suspect that any lineage might arise with an increased potential for transmissibility.