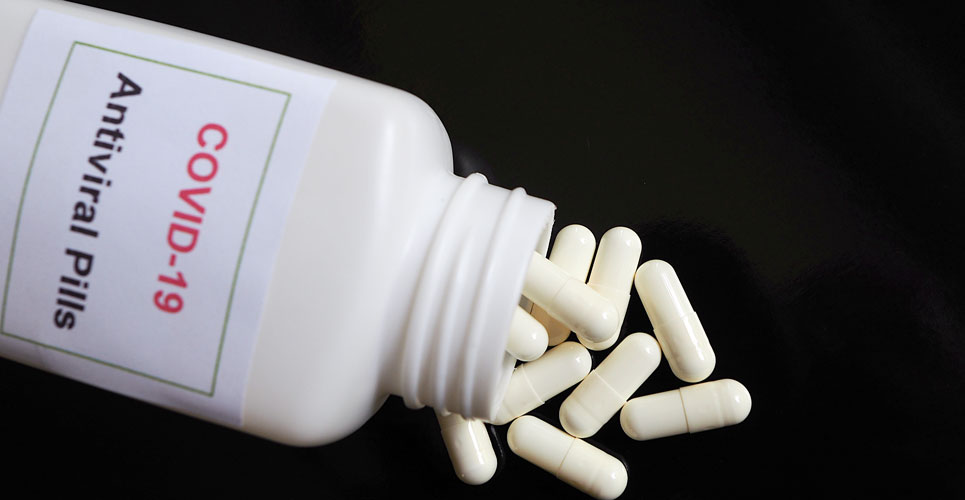 by Rod Tucker
Published on 7 October 2021

The anti-viral molnupiravir, has been shown in an interim analysis, to reduce the rate of COVID-19 hospitalisation by half.

An interim analysis released by Merck and Ridgeback of their investigational anti-viral drug, molnupiravir (MPV), showed that it halved the risk of hospitalisation in patients with mild-to-moderate COVID-19. MPV, a pro-drug, is incorporated by RNA polymerase into COVID-19 and has been shown in preliminary studies, to reduce nasopharyngeal COVID-19 infectious virus and viral RNA.

MOVe-OUT is evaluating molnupiravir at a dose of 800 mg twice daily and while the results are yet to be published, the interim analysis seems positive. According a joint press release from the companies, 7.3% (28/385) of patients receiving MPV were either hospitalised or died through to Day 29 following randomisation (28/385), compared with 14.1% (53/377) of placebo-treated (p=0.0012). In addition, after 29 days, there were no deaths were reported in patients who received MPV compared to 8 deaths in the placebo arm.

The incidence of drug-related adverse events was shown to be comparable (12% and 11% MPV vs placebo). Fewer subjects discontinued study therapy due to an adverse event in the molnupiravir group (1.3%) compared to the placebo group (3.4%).