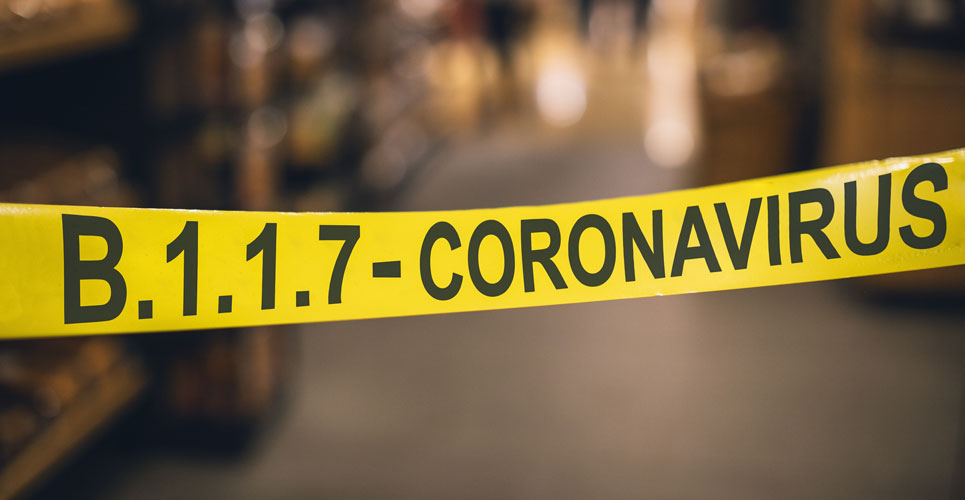 Mutation in COVID-19 variant leads to greater binding to ACE2

The overall impact of the mutations in an emergent COVID-19 variant which appears responsible for a rapid spread of the virus is unknown but might be a cause for concern.

In September 2020, a new COVID-19 variant was identified and this mutant has continued to be detected in samples into December 2020. In a preliminary genomic analysis of this lineage, named B.1.1.7, a UK-based team of researchers has identified that it contains a larger than usual number of genetic changes to the virus. The researchers suggest that these changes are suggestive of a process involving adaptive molecular evolution.

The researchers have identified how there have been three important mutations. The first mutation, named N501Y, is in the spike protein at one of the six key contact points within the receptor-binding domain and appears to increase the binding affinity to human and murine ACE2. In theory, this makes it easier for the virus to spread and thus become more infectious. The second mutation has been described in terms of evasion of the humane immune response but this change has also been seen previously. The final mutation has been found adjacent to the furin cleavage, that is a known location of biological significance.

Exactly how these mutations occurred is currently unclear although the researchers hypothesised that B.1.1.7, which is quite a divergent strain, may have originated from evolution within a chronically infected person. While onward transmission of such a mutant strain is unusual, the researchers say this is not impossible given the high number of new infections with this variant. There remains much uncertainty over the impact of this particular combination of mutations and ultimately whether it will increase the virulence of COVID-19. Furthermore, as vaccines target several sites on the receptor binding domain, a single mutation in this domain, is unlikely to reduce vaccine efficacy. Nevertheless, given how it appears to be spread more quickly, highlights the importance of maintaining genome surveillance.

Citation
Rambaut A et al. Preliminary genomic characterisation of an emergent SARS-CoV-2 lineage in the UK defined by a novel set of spiker mutation.