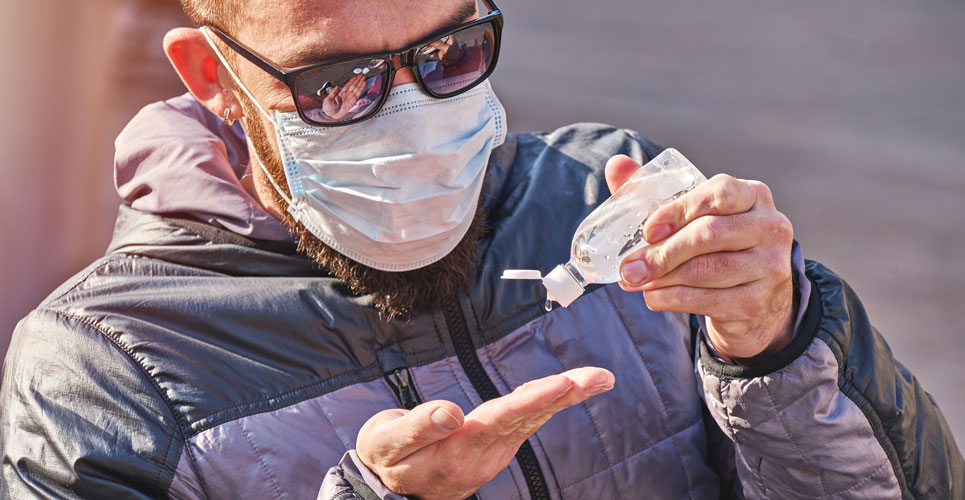 by Rod Tucker
Published on 1 February 2022

The Omicron COVID variant appears to be stable and able to survive for as long as 21 hours on human skin but up to 193 hours when present on plastic surfaces. This was the finding by a team from the Department of Infectious Diseases, Kyoto Prefectural University of Medicine, Kyoto, Japan.

The Omicron variant possesses numerous mutations which are thought to have resulted in an enhanced level of transmissibility. Whilst primarily a respiratory viral agent, one potential source of infection for COVID-19, is transmission via contact with human skin. The stability of the original COVID-19 variant on human skin has been found to be 9 hours and which is considerably longer than the human influenza A virus. While some evidence has revealed how both the B.1.1.7 and B.1.351 COVID variants had similar levels of stability on different surfaces, there is a lack of comparative data for all of the currently identified variants.

For the present investigation, the Japanese researchers examined the environmental stability of several circulating variants of concern, including the Omicron variant and compared this to the original Wuhan strain. They also sought to determine the disinfectant efficacy against the different strains. The stability was tested on human skin samples collected from forensic autopsy specimens approximately one day after death. The stability of the variants was also evaluated on plastic (polystyrene plates).

In all experiments, samples were applied to the surface of either skin or plastic and incubated and the amount of remaining viable virus determined. They defined the survival time as the time until virus could no longer be detected and each experiment was conducted three times.

Discussing their findings, the authors noted how the Omicron variant appeared to survive on plastic surfaces for much longer than the Wuhan strain and that this enhanced environmental stability could be an important factor with the increased level of transmissibility of the variant. They added that as the variant is completely inactivated after 15 seconds, this highlighted the importance of continued infection control measures such as hand hygiene.