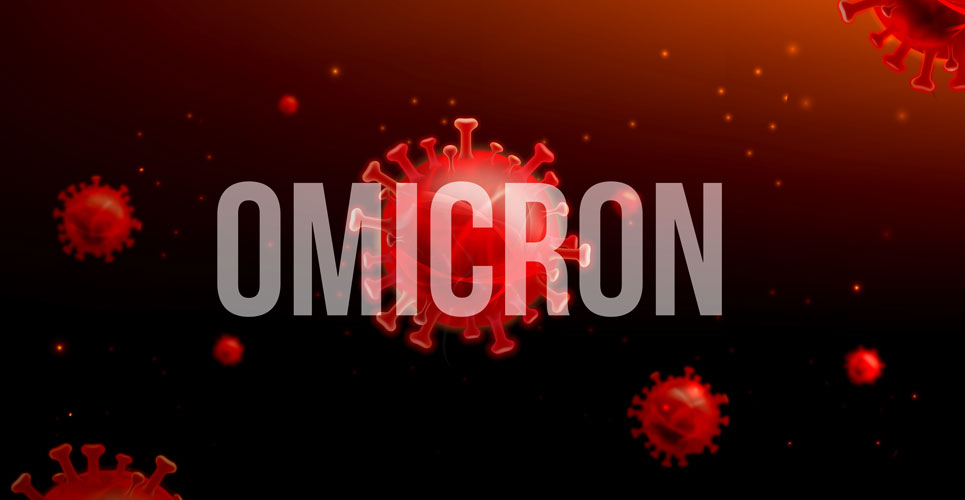 by Rod Tucker
Published on 3 December 2021

The Omicron variant (OV) of COVID-19 might be up to three times more likely to cause re-infection according to a study by South African researchers from the South African DSI-NRF Centre of Excellence in Epidemiological Modelling and Analysis, Stellenbosch University, South Africa.

Although the latest variant was only recently identified in South African where infection rates began to climb, genomic sequencing of the variant indicates that it has between 26 and 32 mutations. These are present in the receptor binding domain of the spike protein, although of greater concern is that many of the mutations are associated with escape from neutralising antibodies and, as a consequence, the currently available vaccines might not be as effective against the variant.

B.1.1.529 has been deemed a variant of concern by the World Health Organization, although to date much of the information on transmissibility, likely level of disease severity and effectiveness of current vaccines remains unknown. With the appearance of an increasing number of COVID-19 variants, one key question is whether these can lead to re-infection either after natural or acquired immunity from vaccination.

For the present study, the South African team set out to determine whether the risk of re-infection had changed over time by examining rates of re-infection and whether the OV might had impacted on these rates. They used epidemiological data from the National Institute for Communicable Diseases and the line list of repeated COVID-19 tests and all positive tests are recorded in the combined data sets. Although these data are recorded as de-identified cases, the presence of repeat cases were used to calculate the time between consecutive positive tests for these individuals. Using the dates of reported infection, the researchers were able to calculate the time between successive infections for each person and the period of analysis was from the start of the pandemic in March 2020 and to the end of November 2021.

A total of 35,670 individuals with at least two suspected infections were identified, although 332 had three infections and one individual at least four. Re-infections showed a bimodal distribution, peaking near 180 and 360 days, representing the first and second waves of the pandemic.

However, for the more recent second infections (after October 2021), there were a higher number of re-infections among individuals whose primary infection had occurred during the third wave. In addition, since mid-November, re-infections were occurring in those whose primary infection had been during the first and second waves. Among those who had more than one infection, 47 experienced the third infection in November 2021 and which the authors suggested could be associated with the OV.

Commenting on these findings, the authors suggested that risk of re-infection compared with a primary infection had reduced over the three waves and which was to be expected as the population gained greater immunity, even in the presence of the beta and delta variants. However, the increased rate of re-infection during November 2021 suggested that the rise was driven by the OV, although they could not be certain because not all of the samples had been sequenced.

They concluded that there was evidence of a substantial increase in the risk of re-infection that has coincided with the emergence of the OV in South Africa which seemed to have a greater ability to re-infect previously infected individuals.