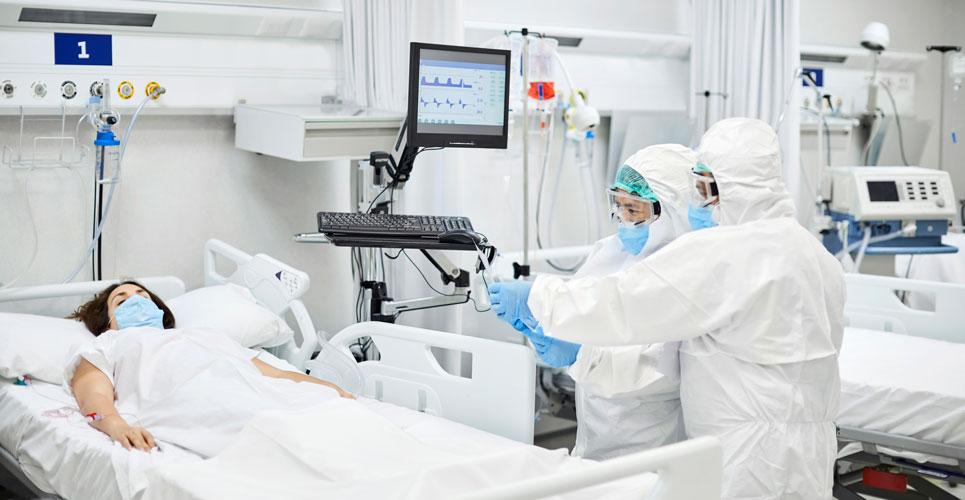 The risk of re-hospitalisation and death in patients originally hospitalised with covid-19 have been found to be much higher than those hospitalised with other conditions including influenza. This was the key finding from an analysis of the OPENSAFELY database by researchers at the Faculty of Epidemiology and Population Health, London School of Hygiene and Tropical Medicine, London, United Kingdom.

While during the early part of the pandemic, many patients were initially managed in an outpatient settings, one study found that 15% of cases required hospitalisation and 4% died within a month of first symptoms. Fortunately, the use of COVID-19 vaccines had a major impact and these have been shown to be effective at preventing symptomatic and asymptomatic SARS-CoV-2 infections and COVID-19-related hospitalisations. However, is little currently known about the subsequent outcomes for patients who were initially hospitalised because of COVID-19, although where such data does exist, it appears that patients are still at risk of future adverse outcomes. For example, in one US study it was found that beyond the first 30 days of illness, people with COVID-19 exhibit a higher risk of death and use of health resources. Similarly, a UK-based study concluded that individuals discharged from hospital after COVID-19 had increased rates of multi-organ dysfunction compared with the expected risk in the general population.

For the present analysis, the UK team decided to examine the incidence of subsequent re-hospitalisation and death in those initially admitted to hospital with COVID-19 in comparison to both the general population and those who were hospitalised prior to the pandemic, with influenza. They used the OPENSAFELY platform which provides information from primary care practices and linked patient information with other databases providing data on hospitalisations and mortality. Their main outcomes of interest were re-hospitalisation or death and all-cause mortality. The team used used regression models which were adjusted for a number of covariates such as age, sex, ethnicity, obesity and other co-morbidities.

Re-hospitalisation and mortality after acute COVID-19

When examining the reported cause of death, 24.7% of deaths had COVID-19 listed as the cause although in comparison, less than 5 deaths were reportedly due to influenza.

The authors concluded that among patients who survived hospitalisation after an acute infection with COVID-19, there was a substantially higher risk of subsequent re-hospitalisation and death over the next 10 months. They suggested that these findings highlighted a need for services to support and closely monitor people following discharge from hospital.