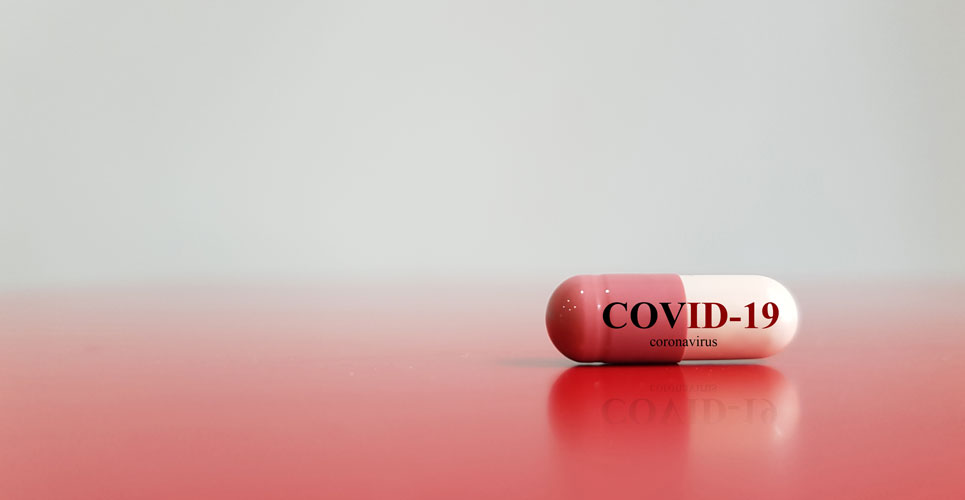 Headlines are focused on the use of new and expensive drugs for treatment of critically-ill COVID-19 patients but some older drugs could hold the key to hastening recovery in mild-to-moderate disease and reducing the impact of the disease; indomethacin has already been used in this way and now needs a formal trial

The clinical course of COVID-19 is variable, with some patients being asymptomatic or experiencing very mild symptoms and others critically ill. There are also those in the middle, not sick enough to require hospitalisation but, nevertheless, experiencing significant and prolonged illness. Many people have described their experiences in blogs and on Twitter. Cough, breathlessness, chest tightness, pain on breathing in, general exhaustion and aching pains all feature prominently. These are frightening experiences, especially for people who have otherwise been healthy and largely untroubled by coughs and colds.

As SARS-CoV-2 began to spread round the world, thoughts turned to repurposing of existing drugs and researchers began to trawl the literature to identify possible candidates. One drug of interest is indomethacin – a drug that has both anti-inflammatory and antiviral actions. Its antiviral actions were first discovered in 2006 in the wake of the SARS-CoV outbreak.1 It was subsequently shown to be active against SARS-CoV-2 in vitro and against canine coronavirus in vivo.2 Importantly, the antiviral effects were seen at normal anti-inflammatory dose levels. Primary care physicians in New York, faced with large numbers of sick patients, (people with intractable coughing, pain with inspiratory effort, etc) have been prescribing indomethacin for them. They have found that it quickly stops the cough, relieves the pains and leads to a feeling of overall wellbeing – benefits that were not seen with either ibuprofen or hydroxychloroquine.3

On the basis of their real-world experience, they called for the drug to be made routinely available to patients suffering with COVID-19.

Further weight has been added to the discussion by Dr Rajan Ravichandran, a consultant nephrologist in Chennai, India. He points out that indomethacin has been used in the past to suppress the cytokine release syndrome associated with the use of OKT3 anti-rejection treatment after renal transplantation. Given that cytokine release is a feature of deteriorating COVID-19, he argues that early administration of indomethacin in patients with mild–moderate infection could prevent the hypoxaemia and probably hasten recovery of these patients. If it also reduced the viral load patients would become less contagious.4 An additional benefit of indomethacin would be its effects on coagulation and clotting in sepsis and shock,5 he says.

One modelling study has suggested that 75mg indomethacin, slow-release, twice daily (or 50mg immediate-release indomethacin three-times
a day) given early in the course of the disease would maximise the antiviral and anti-inflammatory effects.6

Given that indomethacin is an old, cheap drug with which there is a wealth of experience, it is hard to avoid the conclusion that a trial of indomethacin in mild–moderate COVID-19 is urgently needed. This could easily be accomplished at present – after all, there are many more patients with mild–moderate COVID-19 than with severe, critical disease. If the duration and severity of the illness were indeed shortened, the economic benefits would be considerable. It is of interest that a randomised, controlled trial of oral indomethacin 75mg for COVID pneumonia is now recruiting in Iran.7

The use of non-steroidal anti-inflammatory agents in COVID-19 was greatly hampered by early concerns that they could be harmful, however, this has now been comprehensively rebutted.8 The recent announcement of the LIBERATE trial, in which three doses of lipid ibuprofen will be given to hypoxaemic patients, shows how far understanding has advanced here.

If we have to learn to live with this virus, as many have predicted, then it will be important to have treatments to hand that are inexpensive, non-toxic and readily available to manage future outbreaks. Other healthcare systems around the world are waking up to the possibility of repurposing indomethacin to mitigate the impact of mild–moderate COVID-19 by reducing the severity and duration of disease.

A trial of indomethacin in mild–moderate COVID-19 is now urgently needed in Europe.