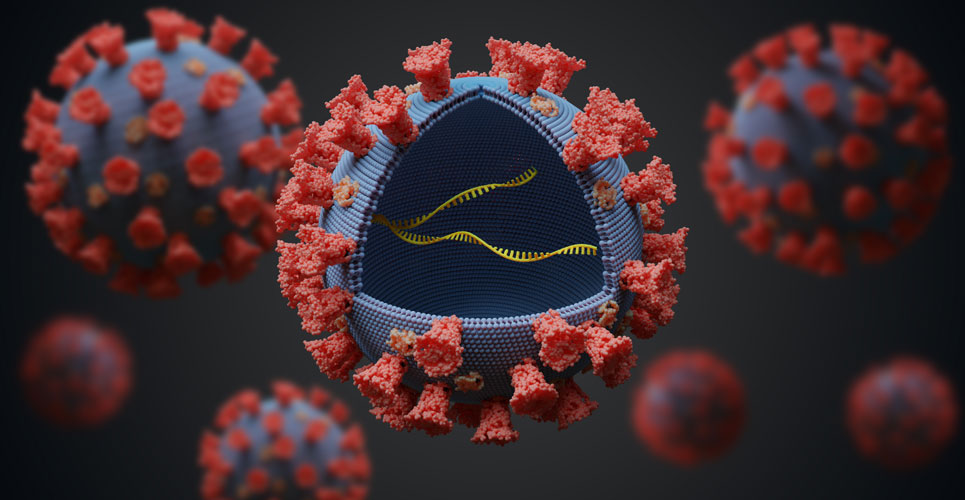 Only a small number of cases of re-infection with COVID-19 have been reported, and in most cases these have been less severe the original. Whether the acquired immunity is conferred to new variants is not yet clear.

After an acute infection with COVID-19, it is widely assumed that the subsequent immunity protects against re-infection. However, this does not happen for everyone has shown in a Public Health England study that demonstrated how, in a small number of people, the virus can be caught a second time. Because COVID-19 is still largely a new entity, the extent to which infection confers immunity is still uncertain. This uncertainty is further confounded by two additional factors: firstly, the re-infection might occur through an extant COVID-19 virus simply re-activating an immune response and secondly, re-infection may arise because of infection with a new variant that is able to escape the host’s neutralising antibodies. In fact, a recent case involved re-infection with the new variant of lineage B.1.1.7 which was first detected in the UK. Now, in a case report from a French team at the Hopital Louis Mourier, Colombes, France, doctors identified a case of re-infection with the South African variant, 501Y.V2, four months after the patient had recovered from their first episode of infection.

The case describes a 58-year-old, immunocompetent male, with a history of asthma who originally presented in September 2020 with mild fever and dyspnoea and for which COVID-19 infection was confirmed via PCR testing. His symptoms resolved after a few days and he twice tested negative for COVID-19 in December 2020. In January 2021, 129 days after the onset of his original symptoms, the patient presented at hospital once again with recurrent dyspnoea and fever and tested positive for COVID-19. This time, however, genomic testing was performed and which identified the lineage B.1.351 variant, first detected in South Africa. After a further 7 days, the patient deteriorated and was admitted to intensive care with severe acute respiratory distress syndrome that required intubation and mechanical ventilation. At the time of submission of this case study (10 February 2021) the patient was still in a critical condition.

The authors note that this is the first case of re-infection due to a different variant and called for further investigation of the cross-immunity against this variant and to monitor the effectiveness of vaccines against any emergent strains.