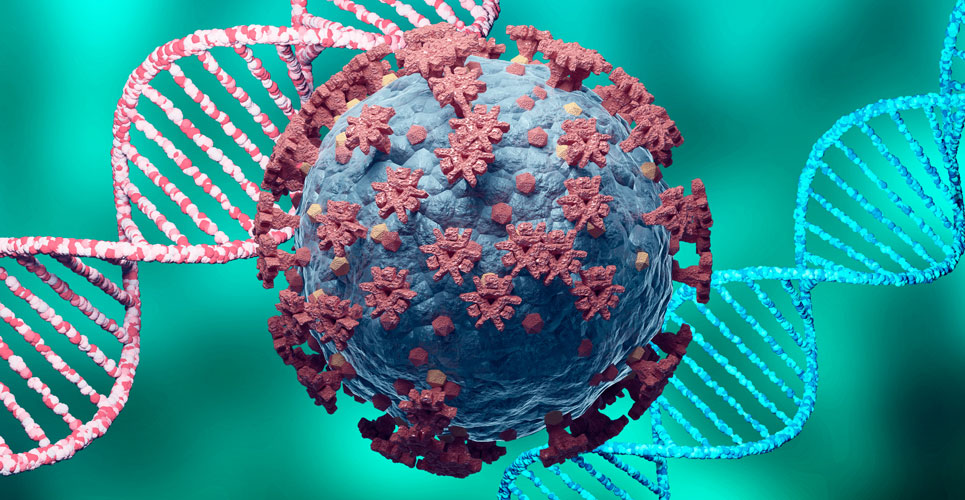 In December 2020, a new COVID-19 strain was detected in the UK which appeared to be more easily transmitted. However, it remained unclear whether infection with this new variant was associated with a higher mortality risk.

A rapid rise in COVID-19 infection rates in the UK during December 2020 was found to be associated with a new variant which became known as VOC-202012/1 (or B.1.1.7). It appeared to be more transmissible than other strains and this led to a further national lockdown in the UK in early January 2021. Genomic analysis of this new variant revealed 14 mutations, eight of which occurred in parts of the spike protein accounting for the greater rate of infectivity. Nevertheless, while more transmissible, it was uncertain if the new strain was more deadly. In trying to assess the mortality risk of VOC-202012/1, a team from the university of Exeter, UK, used linked data from community testing and death records to compare the risk with other variants circulating in the UK. Since a difficulty in assessing this risk was problematic because both infections and deaths in the UK had risen sharply, the team used a matched cohort design, i.e., matching patients as closely as possible on time and geographical location, which eliminates the effect of factors such as age, sex, ethnicity and socioeconomic status. Furthermore, the researchers also used the S gene negative results as a proxy measure of infection with the VOC202012/1 and matched exactly (based on sex, ethnicity etc) to those with S gene positive results. The study included patients aged 30 years and over and who had a positive test result between 1 October 2020 and 29 January 2021. All of the participants were followed for 28 days after infection and death within 28 days of their first test was used as the main outcome measure.

Findings
A total of 109,812 matched patients, 54,906 who were S gene negative with a mean age of 46.3 years (53.5% female) and 83.2% of White ethnicity were analysed. Among those infected with the VOC 202012/1 variant, 227 deaths occurred compared to 141 in the other arm (hazard ratio, HR = 1.64, 95% CI 1.32–2.04, p < 0.001). While this group were at a lower risk of death, due to their younger age, the results still represented an increase in deaths from 2.5 to 4.1 per 1000 detected cases. Although the authors recognise that part of this increased risk in death might be attributable to co-morbidities and for which the authors were unable to obtain any data, they felt that the matching for age and ethnicity would have accounted for this. They concluded that while it is known that the new variant, VOC202012/1 was known to be more transmissible than other variants, their analysis also suggests that it appeared to be more lethal.