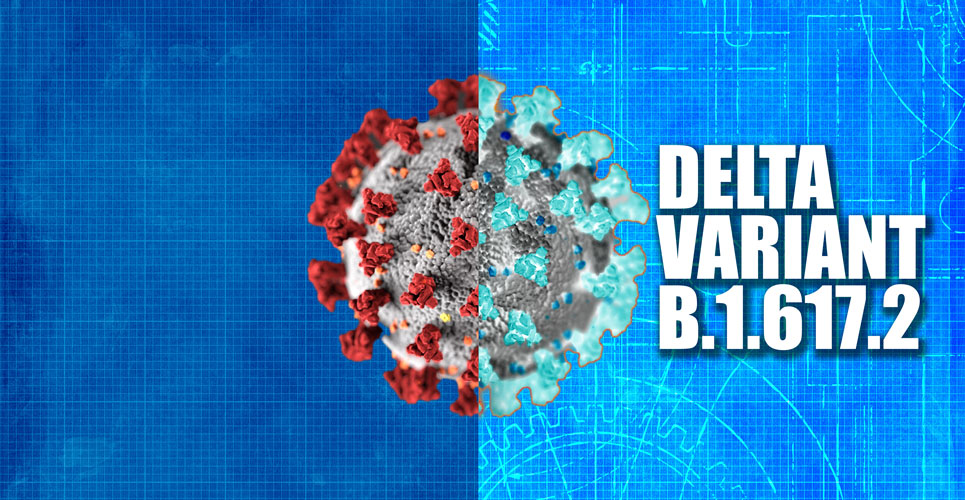 A study found both the Pfizer and the Oxford COVID-19 vaccines are effective against the Delta variant but only if people receive both doses.

The delta COVID-19 variant (B.1.617.2) emerged in India in December 2020 and it was deemed to be a variant of concern by the European Centre for Disease Prevention and Control in May 2021. The variant spread to many countries and, in June 2021, Public Health England reported that the Delta variant accounted for 95% of sequenced cases. The delta variant has several mutations in the spike protein, some of which can potentially affect the immune response to vaccination. However, there is a paucity of data on the clinical effectiveness of vaccines, in particular, the BNT162b and the ChAdOx1, against this variant. In an attempt to derive such data, a team from Public Health England, UK, sought to estimate the effectiveness of both vaccines against symptomatic disease caused by the delta variant. The team considered the incidence of infection with both the delta variant and the alpha variant which was also circulating in the UK. They used the rates of infection with the alpha variant as a control. Information on vaccination status in the UK is available from a national vaccination register. The effectiveness of vaccines for the first dose was estimated among people with an onset of symptoms 21 days or more after the first dose. The effectiveness of the second dose was estimated among those who developed symptoms 4–13 days after the second dose.

Commenting on these findings, the authors reported that the data indicated that vaccine effectiveness was significantly increased against both the delta and alpha variants but only after two doses. They concluded on how this data this clearly emphasised the importance of individuals receiving a second dose, especially those in vulnerable groups.