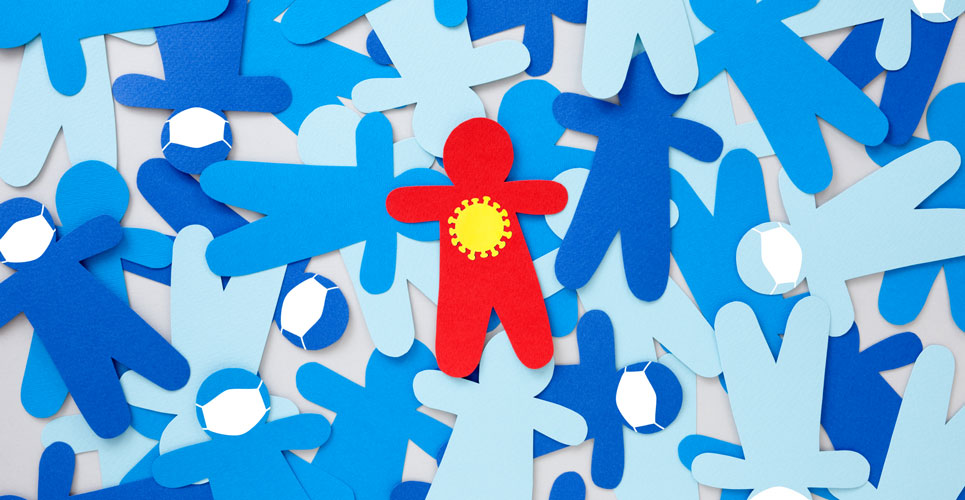 Substantial psychiatric morbidity from COVID-19 identified in a comprehensive review

Data published during the early part of the COVID-19 pandemic have revealed a high prevalence of neuropsychiatric symptoms and complications following infection.

With much written about the effect on the respiratory system in those infected with COVID-19, early reports also suggested that the virus gave rise to neurological features. While originally this consisted of isolated case reports, over time case series and case-controlled studies began to emerge and at the present time, the establishment of prospective studies have enabled the reporting of neurological and neuropsychiatric complications and some of these preliminary findings have been published. In an attempt to provide a basis for understanding the neurological and neuropsychiatric complications associated with COVID-19, a team from the Division of Psychiatry, University College, London, undertook a systematic review and meta-analysis of the information already published to estimate the range and prevalence of these complications.

Findings
The authors identified a total of 215 eligible studies, of which the most common type were cohort studies (37), 15 were case-controlled studies, 80 cross-sectional and 83 from 30 different countries. In total, 147 studies provided quantitative data and which were included in the meta-analysis. Symptoms with the highest prevalence were anosmia (43.1%), weakness (40%), fatigue (37.8%), dysgeusia, i.e., taste disturbance (37.2%).

In terms of specific neurological and neuropsychiatric complications, the most common was depression (23%), anxiety (15.9%), headache (20.7%), sleep disorder (23.5%), altered mental status (8.2%) and visual defect (3%). Nevertheless, major neurological problems such as ischaemic (1.9%) or haemorrhagic stroke (0.4%) and seizure (0.06%) were fortunately infrequently reported. Analysis of studies by type (i.e., prospective or retrospective), illness severity and country of origin, all affected the reported prevalence of symptoms and the authors only rated 10.7% of the studies as being of high quality which limits the generalisability of the findings.

The authors advised that practitioners need to aware that conditions such as anosmia, weakness, dysgeusia and fatigue were very common and while more serious neurological sequelae such as strokes and seizures appeared less common, given the large number of people infected, these conditions were likely to lead to a substantial burden of disease. They concluded that while there appears to be a substantial psychiatric morbidity in these studies, the absence of a control group limits the extent to which causality can be attributed.