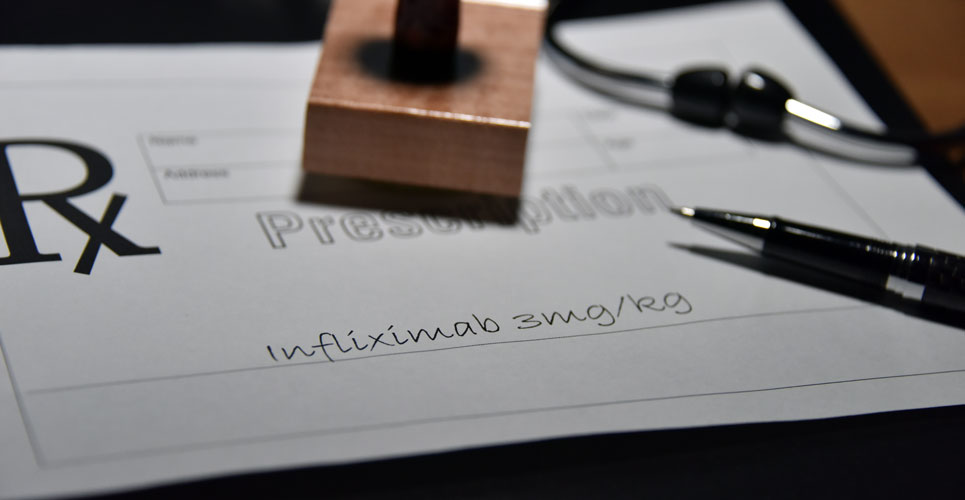 The use of immunosuppressants impairs an individual’s immune response but how this impacts on the subsequent level of COVID-19 antibodies is uncertain.

After an infection, the body amounts an effective immune response and this is of paramount importance in preventing further bouts of infection with the same organism. Nevertheless, patients taking immunosuppressant drugs such as the biological infliximab, and which target tumour necrosis factor (TNF), are known to have an impaired immune response to a number of viral infection vaccinations including influenza, viral hepatitis and pneumococcus, thereby increasing the risk of serious infection. Hence in the early part of the COVID-19 pandemic, patients prescribed immunosuppressant therapy were advised to shield. Fortunately, information derived from international registry data indicates that the rates of severe infection among patients prescribed immunosuppressants are similar to the background population rates. However, whether anti-TNF drugs actually impair the immune response in those who have already been infected with COVID-19 is uncertain. This prompted a team from the Department of Ggastroenterology, Royal Devon and Exeter Trust, UK, to examine the subsequent immune response in those with inflammatory bowel disease (IBD) after infection with COVID-19 and treated with infliximab. In an effort to test whether the immune response was blunted, the team retrospectively compared antibody responses in those treated with either infliximab or vedolizumab, a gut selective anti-integrin alpha4beta7 monoclonal antibody, for at least 6 weeks. Consecutive patients at the hospital were recruited when attending their infusion appointments and those who had participated in any of the COVID-19 vaccine trials were excluded. The primary outcome was the proportion of patients with a positive COVID-19 test and a secondary outcome was the magnitude of the antibody response between the two treatment groups, in those who tested positive. The team collected several additional pieces of information including demographics as well as information on IBD disease activity and mental health wellbeing and anxiety assessment and used this to construct multivariate logistic regression analysis.

Findings
In total data was available for 6935 patients of whom, 67.6% were prescribed infliximab with a mean age of 37.1 years (45.5% female). The majority of those prescribed infliximab had Crohn’s disease (66.6%) or ulcerative colitis (31.1%). In contrast, most patients (60.1%) prescribed vedolizumab had ulcerative colitis. There were a similar proportion of patients in both groups who either reported COVID-19 symptoms (8.3% vs 8.9%, infliximab vs vedolizumab) or tested positive (5.2% vs 4.3%) or who were hospitalised (0.2% vs 0.2%) because of their infection. Overall, the prevalence of COVID-19 antibodies was 4.3% but this was significantly lower in those using infliximab (3.4% vs 6%, p < 0.0001). Additionally, among those with PCR confirmed COVID-19 infection, seroconversion was observed in fewer patients treated with infliximab (48% vs 83%).

In discussing their findings, the authors noted how infliximab appeared to attenuate the subsequent serological response to the virus despite a similar level of rates of either symptoms or positive tests to those given vedolizumab. They also noted that as the action of TNF is to stimulate B cells, blocking this effect with infliximab meant that the reduced immune response was biologically plausible.

They concluded that their work had important implications for vaccinating those prescribed infliximab and called for serological surveillance to detect suboptimal vaccine responses.

RELATED ARTICLES
EU trials register now available through WHO
Partners in care: the key to concordance in arthritis
ESMO Congress: the latest developments in medical oncology
Patients with BRVO now have first-line access to EYLEA® on the NHS
New radiopharmaceutical offers next-generation standard of diagnosis