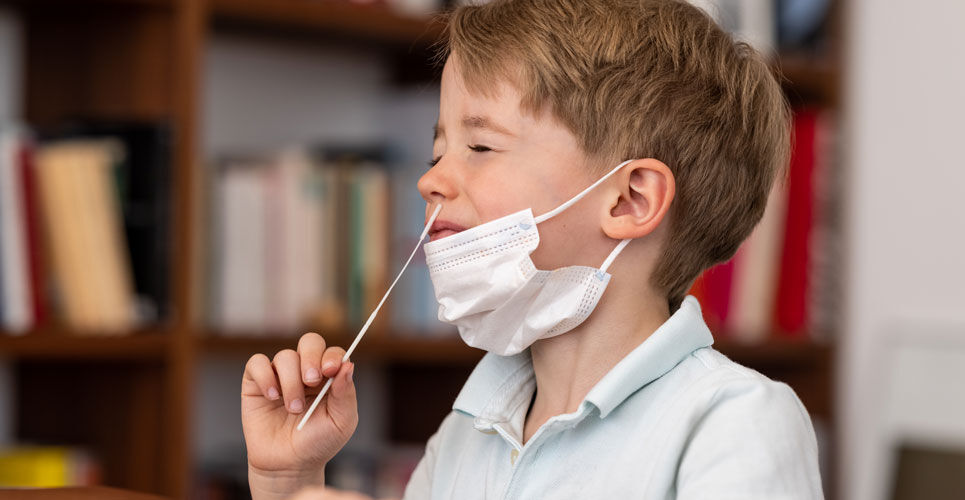 Share this story:
RELATED ARTICLES
Alzheimer’s disease risk elevated among older adults with COVID-19
Risk of new onset type1 diabetes in children and adolescents higher after COVID-19 infection
Vitamin D supplementation ineffective for prevention of acute respiratory infection or COVID-19
Male hypogonadism appears to be an independent risk factor for hospitalisation in COVID-19
No benefit for COVID-19 inpatients from colchicine or aspirin and rivaroxaban combined

Having young children (YC), while not reducing the risk of their parents becoming infected with COVID-19, does result in a significantly lower risk of more severe illness, according to the results of an analysis by US researchers

During the early part of the COVID-19 pandemic, data from China revealed that although children of all ages appeared susceptible to infection, the clinical manifestations were generally less severe than those of adult patients. Several factors have been proposed to explain this difference and include lower levels of the ACE2 receptor in children, cross-reactive humoral immunity and T cell immunity from the common cold (which is also a coronavirus) and that children generally produce lower levels of inflammatory cytokines. There is some evidence to support the idea of cross-reactive immunity with one study identifying COVID-19 spike glycoprotein-reactive antibodies among uninfected individuals and which were particularly prevalent in children and adolescents. This is perhaps not surprising given the continued exposure to colds during early life and another study has shown how attendance at a large day care centre was associated with more common colds among pre-school children during the preschool years but that this was protective against the common cold during the early school years, presumably through acquired immunity. As children are therefore likely to have some level of cross-immunity to infection with COVID-19, does having prior exposure to children impact on disease severity among their parents? This was the question addressed by the current study and researchers examined data in the Kaiser Permanente Northern California database, which provides comprehensive healthcare information and looked for adults with and without children. The children were categorised into different age bands: 0 to 5 years; 6 – 11 years; and 12 to 18 years. Those parents with children in the youngest age group were considered to be the study population of interest and the three comparative groups were propensity matched 1:1 based on the risk of infection, age, sex and co-morbidities.

When researchers compared the risk of infection with COVID-19 among adults without children with those with YC , there was a significantly reduced risk (incidence risk ratio, IRR = 0.85, 95% CI 0.83 – 0.87, p < 0.0001). In other words, adults without children were less likely to become infected. But among those adults without children, there was a significantly higher risk of hospitalisation for COVID-19 (IRR = 1.27, 95% CI 1.10 – 1.46, p = 0.0014) and for admission to an intensive care unit (IRR = 1.49). Furthermore, when the researchers re-calculated this risk of severe illness relative to the total population within the different groups, i.e., the risk of a severe COVID-19 outcome among adults who became infected, there was a 49% higher rate of hospitalisation and a 76% higher risk of intensive care admission.

The authors concluded that while having YC did not reduce the risk of becoming infected with COVID-19, it was associated with a far less severe illness and suggested that cross-immunity might play a role in protecting against more severe COVID-19.