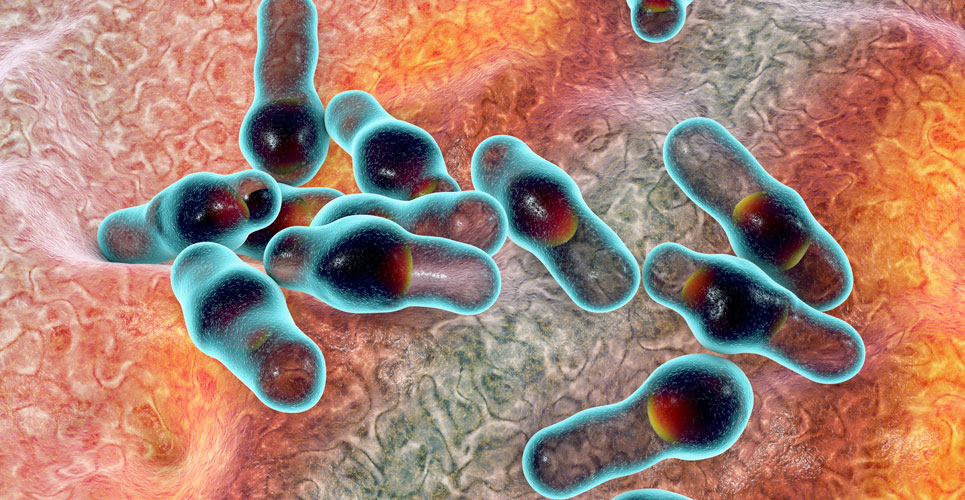 Updated guidelines on antibiotic use for C. difficile

NICE and Public Health England have jointly published updated guidelines on the use of antibiotics for the management of C. difficile.

Clostridioides difficile (C. difficile) is a bacterial infection that causes diarrhoea and commonly occurs in those who have been recently treated with antibiotics. It is a leading cause of healthcare-associated infections and an important public health threat. In a 2019 systematic review, it was found that C. difficile resulted in 2.24/1000 hospital admissions every year. An updated guideline on antimicrobial prescribing in C. difficile has been produced by NICE and Public Health England.

The guideline considers the assessment and treatment of C. difficile as well as when to seek specialist advice and measures to prevent infection with the bacterium.

Assessment
The guideline emphasises the importance of clinicians determining whether a case of C. difficile represents an initial or recurrent infection. This is necessary because the infection could represent a relapse (with the same strain) or a recurrence, with a different strain. NICE recognises that it can be difficult to distinguish between the two causes but defined a relapse as occurring within 12 weeks of previous symptom resolution and recurrence when the infection occurs after more than 12 weeks. A further important consideration is the need for continued antibiotics, which the guideline suggests should be stopped unless essential. In addition, it is advised that clinicians review the need for other medications including; proton pump inhibitors, any medicines with gastrointestinal activity e.g., laxatives and any treatments which might cause dehydration such as non-steroidal anti-inflammatories and diuretics.

Treatment
NICE advocates that adults with suspected or confirmed C. Difficile should be offered an antibiotic. In contrast, for community patients with suspected cases, prompt advice from a microbiologist or infectious disease specialist should be sought before starting with an antibiotic. These recommendations apply to both adults and children although specialist advice should be also sought for patients who are unable to take oral medicines. Any associated fluid loss in either confirmed or suspected cases of C. difficile should be managed as for an episode of acute gastroenteritis, avoiding anti-motility treatments such as loperamide. Patients should also be given advice on maintaining adequate hydration.

Although bezlotoxumab has been shown to reduce the rate of recurrent C. difficile, NICE advises against its use because it is not deemed to be cost-effective.

Antibiotics
The first-line oral antibiotic for an initial episode of C. difficile is vancomycin 125mg four times daily for 10 days. NICE suggests fidaxomicin 200mg twice daily for 10 days as a second-line treatment. Patients should be reviewed and if after commencing antibiotics, subsequent tool samples do not contain C. difficile, the guideline suggests that therapy can be stopped. Alhough some clinicians might use metronidazole as a first-line antibiotic, NICE noted that the drug was neither clinically effective or cost-effective compared with vancomycin.

Prevention of infection
NICE advises against the use of antibiotics and either prebiotics or probiotics to prevent C. difficile infection due to insufficient evidence. It was also noted that the diagnosis of C. difficile should be recorded in the patient’s medical records, particularly when transferring between different settings.