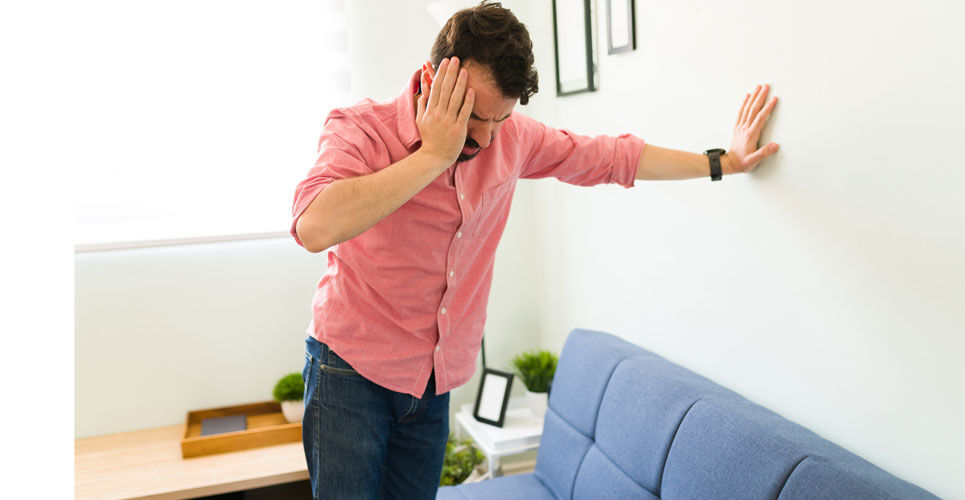 Antihistamines superior to benzodiazepines in vertigo

Antihistamines offer much greater relief of vertigo symptoms after 2 hours compared to benzodiazepines though neither class of drugs appears to be superior to placebo after only one week according to the results of a systematic review and meta-analysis by researchers from the Department of Emergency Medicine, Indiana University School of Medicine, Indianapolis, US.

Vertigo is a symptom of vestibular dysfunction and has been described as a sensation of motion, most commonly rotational motion. The term dizziness is general and non-specific but refers to a sense of disorientation and vertigo is a subtype of dizziness. Dizziness is a common condition that affects about 15% to 20% of adults annually and vestibular vertigo accounts for about a quarter of dizziness cases with an annual prevalence of 5%. Pharmacological treatments used in the management of vertigo are referred to as vestibular suppressants and include a wide range of drug classes such as anticholinergics (scopolamine), antihistamines (cinnarizine), benzodiazepines (clonazepam) and dopamine receptor antagonist (prochlorperazine) and histamine-1 receptor antagonists (betahistine). A 2017 updated clinical practice guideline has advocated the use of benzodiazepines and/or antihistamines for the management of one of the most common forms of vertigo, benign paroxysmal positional vertigo. Nevertheless, there is an absence of comparative data for the two drug classes. Consequently, for the current study, the US team performed a systematic review and meta-analysis to assess the efficacy of both drug classes in the management of acute vertigo from any underlying cause. The team searched for randomised trials which included any antihistamine or benzodiazepine compared with an active comparator, placebo or no intervention in patients with acute vertigo, lasting less than 2 weeks. The primary outcome of interest was the change in a 10 or 100-point vertigo or dizziness visual analogue scale (VAS) score at 2 hours post-treatment. Secondary outcomes included change in nausea VAS score at 2 hours and resolution of vertigo after one week and a month.

Antihistamines and improvement in vertigo scores

A total of 27 trials meeting the inclusion criteria were identified, of which, 17 with 1586 participants were included in the meta-analysis.

For the primary outcome, only 7 trials with 802 were included. Antihistamines were associated with a 16.1-point (95% CI 7.2 – 25) greater decrease in mean VAS vertigo scores compared to benzodiazepines. However, when compared to other active treatments, antihistamines performed to a similar extent (mean difference = 7.4, 95% CI -1.12 to 15.8).

For the secondary outcomes, after one week, there was no evidence to suggest a higher likelihood of complete symptom resolution in favour antihistamines (relative risk, RR = 1.03, 95% CI 0.56 – 1.89) or after 4 weeks. Similarly, the improvement with benzodiazepines was no better than placebo after one or 4 weeks.

The authors concluded that there was moderately strong evidence to show that single dose antihistamines provided better relief of vertigo symptoms after 2 hours than benzodiazepines and the evidence did not support an association between benzodiazepine use with an improvement in acute vertigo. Furthermore, the data suggested that antihistamines were no better than placebo after both one and four weeks though this was based on weak evidence.