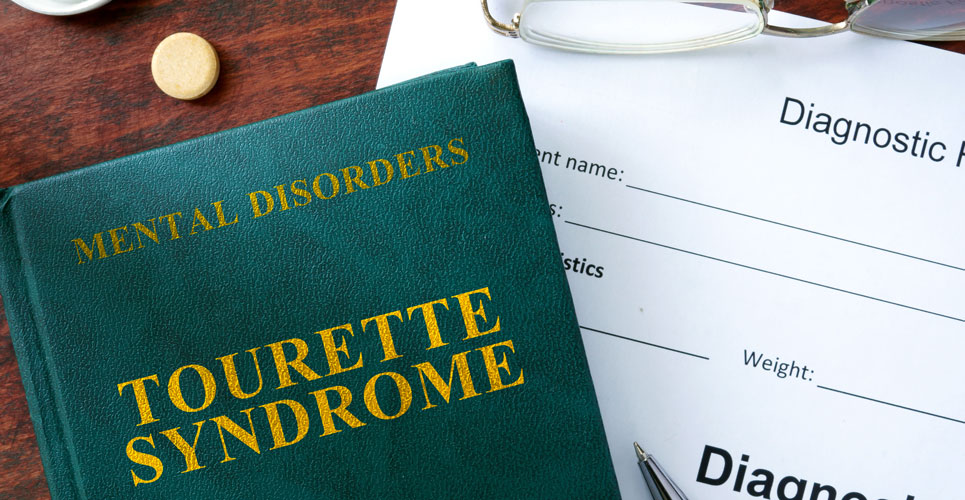 A randomised trial of deutetrabenazine found no difference compared to placebo in children and adolescents with Tourette syndrome.

Gilles de la Tourette syndrome (GTS), also known as Tourette disorder or Tourette syndrome (TS) is a childhood-onset disorder characterised by several motor and one or more phonic tics lasting >1 year. Studies in children with tic disorders suggest a prevalence of TS of 0.77% and which is higher in boys (1.06%) than girls (0.25%). TS is defined by frequent unwanted movements (motor tics) and vocalisations (phonic tics) which development in childhood or adolescence. The treatment of the tics associated with TS has involved the use of typical and atypical antipsychotic agents although their usage is limited by serious side effects considering their potential for dopamine blockade. Another therapeutic option are the vesicular monoamine transport 2 inhibitors (VMT2) such as deutetrabenazine, which act by causing a depletion of neuro-active peptides such as dopamine in nerve terminals. In addition, deutetrabenazine has been approved by the FDA for the treatment of tardive dyskinesia. Whether deutetrabenazine is of value in the treatment of tics associated with TS is unclear, although one small, open label study in 23 patients with TS, concluded that deutetrabenazine is safe and associated with improvement in tic severity in adolescents with TS and troublesome tics.

With positive results from a small trial, a team from Baylor College of Medicine, Houston, US, sought to further examine the value of deutetrabenazine by undertaking a phase 2/3, randomised, double-masked, placebo-controlled study in children and adolescents with TS and active tics, causing distress or impairment. The trial was conducted over a 12 week period and participants were randomised 1:1, to receive either deutetrabenazine or placebo with the dose of the active treatment, titrated during the first 7 weeks to a maximum dose of 48 mg per day, which was maintained for the next 5 weeks. Included participants were required to have a Yale Global Tic Severity-Total Tic Score (YGTSS-TTS) of at least 20, which is used to quantify the severity of tic symptoms in individuals aged 6-17, with higher scores reflecting more severe tics. The primary efficacy endpoint was the change in YGTSS-TTS from baseline to week 12.

The authors concluded that despite higher numerical improvements in YGTSS-TTS at each post-treatment assessment, deutetrabenazine performed no better than placebo in the management of tics associated with TS.