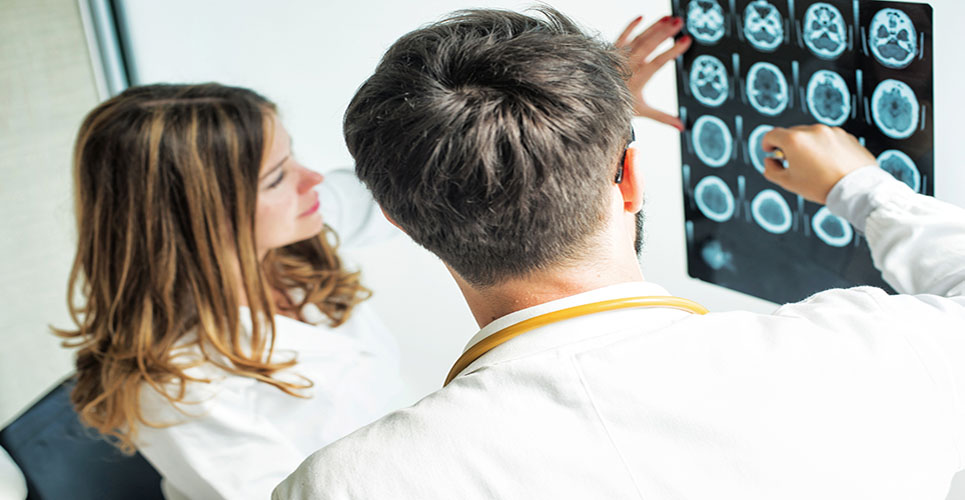 The most effective therapy for Parkinson’s disease (PD) is still levodopa, despite the development of new drugs and improved surgical techniques. Between 30% and 80% of all patients treated with levodopa will develop motor and major psychiatric problems within 5–10 years of starting the treatment. These levodopa-related long-term complications include abnormal movements, such as fluctuations and dyskinesias, nonmotor phenomena during “off” periods, such as sensory symptoms, autonomic dysfunction, and psychiatric complications, such as anxiety, panic attacks, sleep abnormalities, hallucinations, delirium and paranoia.

Even though the exact pathophysiological mechanisms behind these complications have not been resolved yet, levodopa pharmacodynamic mechanisms (pulsatile dopamine stimulation) play an important role in the aetiology. Other factors include nigrostriatal presynaptic damage (the “storage hypothesis”) and probably more complex changes in other neurotransmitter systems (dopamine, glutamate, serotonin and opiate systems, for example).(1,2)

People with “young onset” of the disease are especially prone to early development of dyskinesias. Because of an experimentally supported theory of “priming” with levodopa with regard to the development of dyskinesias, preventive strategies have been employed by most clinicians. Treatment with deprenyl, amantadine and especially with dopamine receptor agonists (DA agonists) has been recommended. While experimental studies suggest that these drugs have a neuroprotective effect, the DATATOP study in a large cohort of patients with PD has not proved such an effect with deprenyl.

Studies are currently underway using positron emission tomography (PET) and single photon emission computed tomography (SPECT) imaging techniques to identify neuroprotective effects of some DA agonists in large populations of “de novo” patients, for comparison with those treated with levodopa. Preliminary results are available, but longer follow-up and large numbers are needed to avoid the possible bias caused by different rates of progression in different subgroups of patients. The neuroprotection of amantadine, an NMDA antagonist in PD, is an issue to be addressed in the future.(2)

Deprenyl, in the absence of levodopa, was found to be an effective prophylactic treatment for freezing of gait in the advanced stage of PD and should be considered for patients who have an onset of gait difficulty. The results of large prospective double-blind studies of DA agonists (pergolide, pramipexole, ropinirole, cabergoline) in “de novo” patients in a five-year follow-up period showed that these drugs are able to delay long-term motor complications and influence the development and severity of dyskinesias in comparison with levodopa. In general, however, the efficacy of these preparations is less pronounced than that of levodopa, and levodopa has to be initiated when PD symptoms are no longer sufficiently controlled.(3) A growing body of evidence is now emerging to suggest that the early introduction of entacapone may also delay the onset of motor complications. Studies have been ­underway to explore this as well as the possible neuroprotective effects of this preparation.(2)

DA agonists and COMT (catechol-o-methyltransferase) inhibitors are used as an “add-on” therapy in combination with levodopa when long-term complications have already developed. Both classes of drugs, if used as adjuvant therapy, have been shown to significantly decrease the total daily dose of L-dopa, shorten the duration of the “off” status, improve overall function, extend the duration of the “on” status, and decrease the severity of motor complications. Patients receiving entacapone should be warned about a possibility of harmless urine ­discoloration.

DA agonists differ in their chemical composition – non- ergoline versus ergoline preparations. The former ones are supposed to have less severe side-effects, such as nausea, vomiting, orthostatic hypo-tension, psychiatric complications, less frequently erythromelalgia, and rarely retroperitoneal and pleural fibrosis. Recently discussion has been raised with regard to DA agonists and sleep episodes while driving. Even though such sleep attacks were first described in eight patients receiving pramipexole and ropinirole, this phenomenon has also been observed in people with PD receiving pergolide and levodopa. There is evidence that sleep continuity with excessive daytime sleepiness is common in PD patients, and dopaminergic agents themselves can disrupt sleep and induce somnolence. Sedative effects in these drugs appear to be dose-related. Thus dopaminergic agents should be used in the lowest possible doses, and patients on dopaminergic medication must be informed of the dangers of driving while experiencing sedation. The Epworth Sleepiness Scale is a useful tool that can detect sleepiness even when patients are not aware of it.(4)

Among DA agonists, only apomorphine ­administered continuously via a subcutaneous pump has a comparable potency to that of levodopa and is able to reverse the levodopa “priming” in the advanced stages of the disease.(5) Prami-pexole was demonstrated to have antidepressant effects in people with major depression. Our own unpublished data support these results in the PD population with mild or moderate depression. The results of several recent studies have pointed out the positive effects of amantadine on motor complications in advanced disease, and some authors especially recommend intravenous administration of amantadine sulphate. Recently, levodopa-ethylester, a product with a high aqueous solubility, has been formulated and has  proved to reduce “time to on” following a single oral dose and to decrease the number of dose failures. These data suggest that some levodopa-related oscillations can be managed by modelling the pharmacokinetics of levodopa itself.

Surgical intervention is generally indicated in patients who are not able to obtain sufficient benefit from medication, even though there may be a rationale to intervene earlier in the disease to prevent complications related to chronic drug therapy. Inadequate trials of medical ­therapy and cognitive dysfunction are the common contraindications. Nowadays the method most often employed that holds out good prospects is continuous deep brain stimulation using electrodes introduced stereotactically in the basal ganglia. Thalamic stimulation can suppress tremor, stimulation of the internal segment of the globus pallidus can suppress dyskinesias and rigidity, and stimulation of the subthalamic nucleus may also improve bradykinesia, axial symptoms and enable significant reduction of medication intake apart from the above-mentioned effects. Cognitive and speech disturbances often do not respond and may worsen. The most useful surgical technique appears to be stimulation of the subthalamic nucleus (STN), although the target is very small and not every surgical department can achieve sufficient precision. Some experimental data suggest a possibility that blocking STN activity surgically may also be neuroprotective.(6)

Transplantation of embryonic mesencephalic dopaminergic neurons was introduced in Sweden and has been carried out in several centres around the world. However, some problems persist, among them the necessity for immunosuppression, difficulty in obtaining a sufficient quantity of dopaminergic neurons, and the high price and ethical issues related to the use of fetuses obtained through abortions. Despite the obstacles, it may be expected that the importance of transplantation will grow after the introduction of new therapeutic methods, such as techniques of gene ­manipulation or employing stem cells.(2)