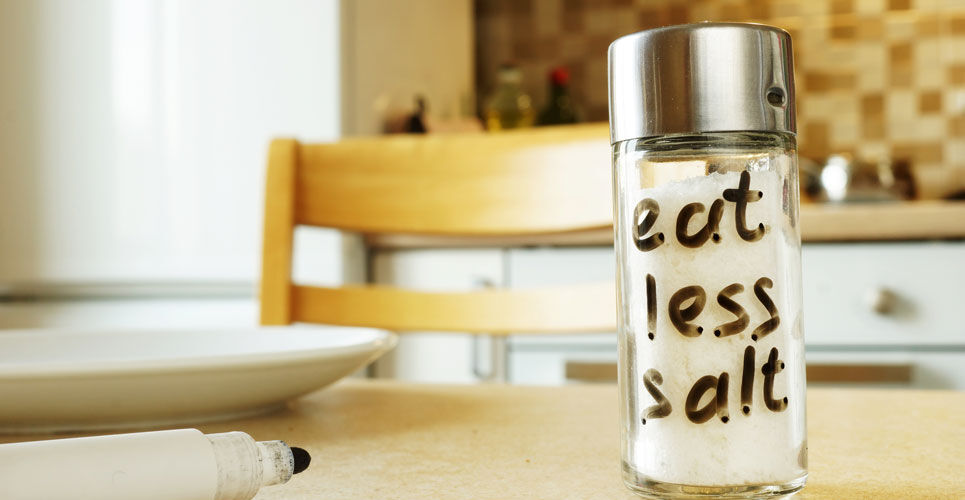 A reduced sodium intake has no impact on clinical events such as cardiovascular-related hospitalisations or mortality in ambulatory heart failure patients compared to usual care but does have a slight positive effect on quality of life and improvement in disease functional class. This was the conclusion of a randomised trial by researchers from the Canadian VIGOUR Centre, University of Alberta, Alberta, Canada.

In patients with congestive heart failure, a reduced low cardiac output decreases the fullness of the arterial circulation which initiates several internal mechanisms to increase vascular resistance and enhance sodium and water renal retention. In fact, in a study that examined factors associated with a worsening of heart failure, noncompliance with salt restriction, was a factor in over a fifth (22%) of cases.

However, some evidence suggests that a reduced sodium intake to less than 2g/day is unwarranted in mild heart failure but added how intake above 3 g/day may be harmful in moderate to severe HF patients. In contrast, other data shows that sodium restriction (< 2.5 g/day) was associated with a significantly higher risk of death or heart failure hospitalisation.

With some uncertainties over the value of a reduced sodium intake in patients with heart failure, for the present study, the Canadian team examined the effect of a dietary intervention of less than 1.5 g/day (1500 mg) of sodium compared to usual care, i.e., where no such recommendation was in place. Included patients had chronic heart failure (New York Heart Association functional class, 2 – 3) and in receipt of optimal medical therapy. Individuals were then randomised 1:1 to the low sodium diet or usual care. The low sodium intervention was supported by behavioural counselling and meal plans and menus for a period of 12 months. Dietary sodium intake was assessed using a 3-day food record at baseline and again after 6 and 12 months for both groups. The primary outcome of interest was a composite of cardiovascular-related hospitalisation, cardiovascular-related emergency department visits and all-cause mortality within 12 months of randomisation. In addition, to the clinical outcomes, quality of life was assessed using the Kansas City Cardiomyopathy Questionnaire (KCCQ) overall summary score, as well any changes in the New York Heart Association functional class.

Despite no significant differences in clinical outcomes, participants assigned to the low sodium group did see a small, but significant increase in the overall KCCQ summary score of 3.38 points (p = 0.011) and those in the low sodium group had a greater odds of improving by one NYHA functional class compared to the usual care group (odds ratio, OR = 0.59, 95% CI 0.40 – 0.86, p = 0.006).

The authors concluded that while a low sodium diet did not impact significantly on clinical outcomes, it did produce small but significant improvements in quality of life and NYHA functional class.