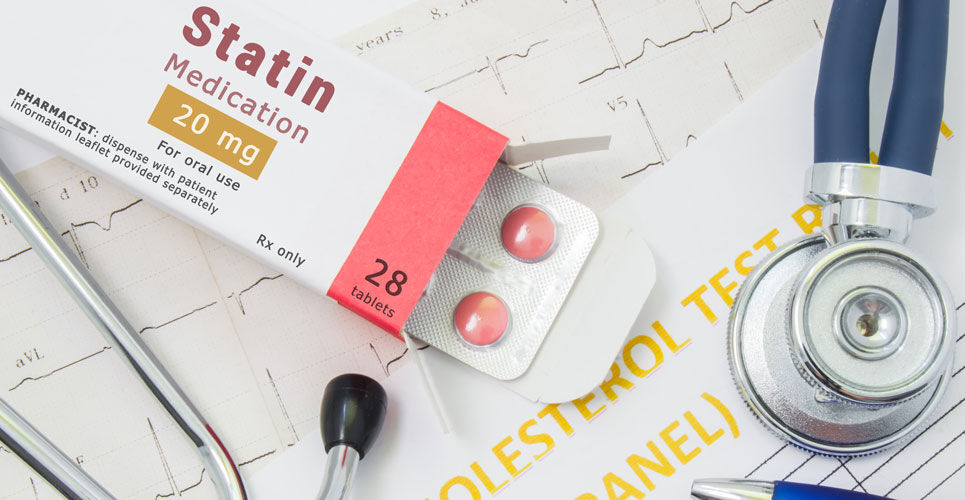 Arterial stiffness progression, assessed by brachial-ankle pulse wave velocity measurement, occurs at a slower rate in patients at high atherosclerotic risk who are prescribed statin drugs according to the findings of retrospective cohort study by Chinese researchers.

Arterial stiffness represents the loss of elasticity in the walls of large arteries, especially the aorta, over time and is due to a degenerative process affecting mainly the extracellular matrix as a result of aging and other risk factors. Furthermore, arterial stiffness and wave reflections are now well accepted as the most important determinants of increasing systolic and pulse pressures in aging societies and increasingly used in the clinical assessment of patients with hypertension and various cardiovascular risk factors. Arterial stiffness can be non-invasively assessed with brachial-ankle pulse wave velocity and such measurements have been proposed as a surrogate end point for cardiovascular disease. In fact, a systematic review in 2012 found that an increase in brachial-ankle pulse wave velocity by 1 m/s corresponded with an increase of total cardiovascular events, cardiovascular mortality, and all-cause mortality.

Patients deemed at a high risk of atherosclerotic disease are normally prescribed statin therapy though whether or not therapy reduces or prevents the development of arterial stiffness is unclear. For example, one analysis concluded that statin therapy had a beneficial effect on aortic arterial stiffness. In contrast, another study revealed how the use of atorvastatin actually increased arterial stiffness. These conflicting results may in part, be due to the low number of patients included or even short time-frame over which assessments were made.

For the present study, the Chinese team retrospectively examined the relationship between statin use and the progression of arterial stiffness, based on measurement of brachial-ankle pulse wave velocity. They used data obtained in the Kailuan study which is a large, prospective study including over 100,000 individuals. A wide range of data was collected during the study including demographic and socioeconomic information, e.g., education level, average income of each family member as well as medical and lifestyle measures such as physical activity. Since 2010, individuals within the study at a high risk of peripheral artery disease, i.e., those with at least one risk factor such as hypertension or diabetes, were invited to have a baseline brachial-ankle pulse wave velocity (BaPWV) measurements and which was repeated at follow-up visits. The team included patients prescribed statins at least 6 months prior to their first BaPWV measurement. Furthermore, statin users were also divided into those who discontinued with their treatment within the first two years and those who had a high level of statin adherence. These statin users were then propensity matched with non-users.

Arterial stiffness and statin use

A total of 1310 individuals with a mean age of 64.6 years (75.7% male) using statins were propensity matched with the same number of non-statin users although the non-users had a slightly lower mean age (61.9 years).

During a mean follow-up of 4.8 years, the BaPWV increased from a mean of 1778.8 cm/s to 1831.9 cm/s in the statin group and from 1799 to 1870.8 in the non-statin group. Using a multivariable linear regression model, the authors found that statin use was associated with a significantly slower progression of BaPWV (difference = -23.3 cm/s/year).

They concluded that statin use appeared to be linked with a slowing of BaPWV progression in adults with a high atherosclerotic risk, suggesting that these drugs were able to prevent the development and worsening of subclinical cardiovascular lesions at an early stage.