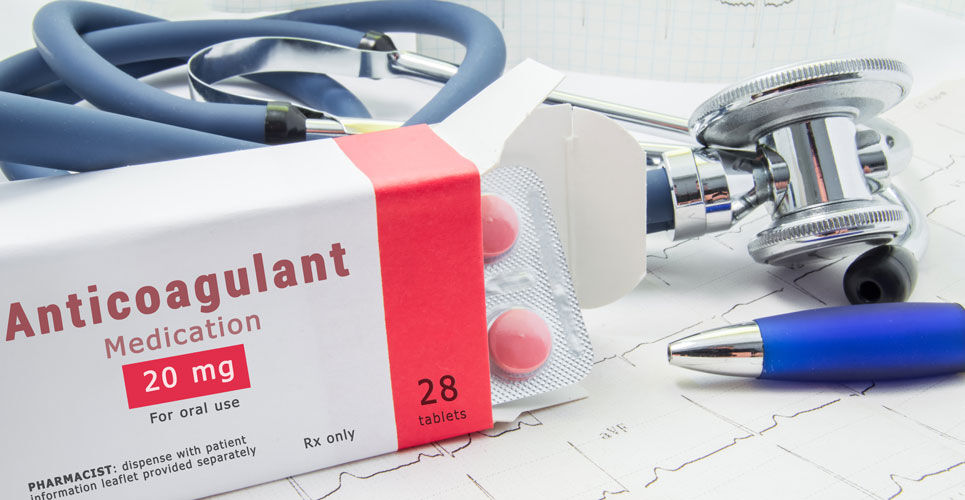 by Rod Tucker
Published on 6 September 2022

Asundexian is a promising novel, oral anticoagulant which reduced a composite of cardiovascular death, myocardial infarction, stroke, or stent thrombosis in post-myocardial infarction patients. This was the main finding of a study by researchers from Duke University School of Medicine, Durham, US, according to a press release and which was presented at the European Society of Cardiology conference 2022, Barcelona.

Activated coagulation factor XI (FXIa) contributes to the development and propagation of thrombosis but has only a minor role in haemostasis and therefore represents an attractive antithrombotic target. Asundexian potently inhibits FXIa and with antithrombotic efficacy in arterial and venous thrombosis models in both prevention and intervention settings and does not increase bleeding. Although direct acting oral anticoagulants have an important role, in for example, stroke prevention among patients with atrial fibrillation, there are concerns over the risk of bleeding. In a recent, a randomised, double-blind Phase II trial, asundexian gave rise to lower rates of bleeding compared with standard dosing of apixaban, with near-complete in-vivo FXIa inhibition, in patients with atrial fibrillation.

For the present study, the US team wanted to better understand if asundexian could reduce ischaemic events, but without significantly increasing bleeding, in patients following a myocardial infarction and in other clinical settings where vascular thrombosis or thromboembolism play a role. Their Phase II PACIFIC-AMI trial assessed the pharmacodynamics, efficacy and safety of three doses of asundexian (10mg daily, 20mg daily, and 50mg daily) compared with placebo in patients treated with dual anti-platelet therapy (aspirin and a P2Y12 inhibitor) following an acute myocardial infarction.

For the study, 1601 patients aged 45 years and older, were randomly allocated to asundexian 10mg, 20mg, 50mg or placebo, within five days of the myocardial infarction. The median age of participants was 68 years (23% women) with 51% who had had an ST-segment elevation myocardial infarction (STEMI) and 49% a non-STEMI. Virtually all patients (99%) underwent percutaneous coronary intervention as treatment for their myocardial infarction and patients were treated with prasugrel or ticagrelor (80%) and clopidogrel (20%) as their P2Y12 inhibitor. Individuals were treated for between six and 12 months and the median follow up, starting from the first dose, was 368 days. The primary endpoint of the trial was the cardiovascular composite described above and the main safety outcome was a composite of Bleeding Academic Research Consortium (BARC) 2, 3, or 5 bleeding.

Asundexian produced a dose related reduction in FXIa inhibition, with the 50mg dose resulting in more than 90% inhibition of FXIa. The primary endpoint occurred in 6.8%, 6.0% and 5.5% of patients in the 10mg, 20mg, and 50mg asundexian groups, respectively, and in 5.5% of placebo patients.

The main safety outcome of bleeding occurred in 7.6%, 8.1% and 10.5% patients in the three asundexian groups and in 9% of the placebo group, hence there was no significant observed increase with asundexian at any dose or in comparison with placebo.

The lead author, Professor John Alexander, concluded that ‘the trial suggests that asundexian, at a dose of 50mg daily, will inhibit factor XIa and potentially without a large increase in bleeding. Plans are underway for larger Phase III clinical trials to test asundexian in patients with acute myocardial infarction and other conditions where vascular thrombosis or thromboembolism play a role.’