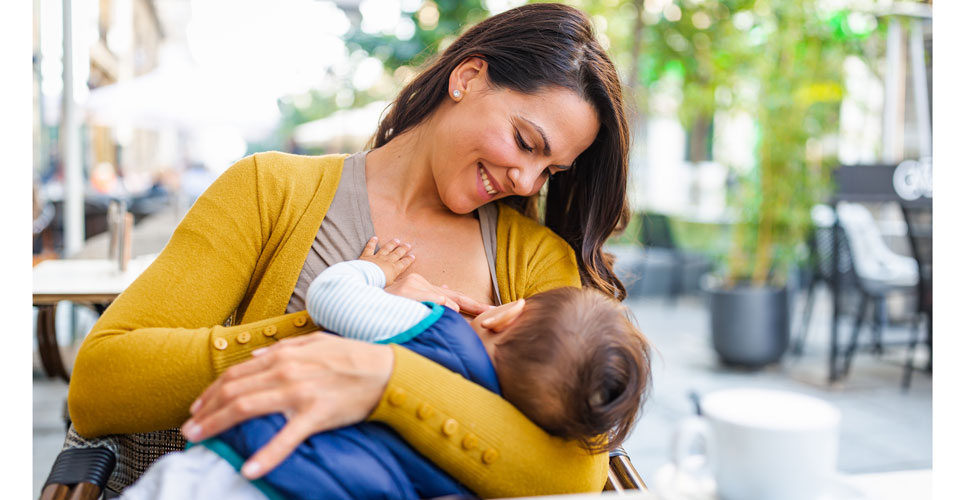 Breastfeeding mothers are at a lower risk of developing cardiovascular disease in later life according to a meta-analysis by researchers from the Department of Neurology, Clinical Epidemiology Team, Medical University of Innsbruck, Innsbruck, Austria.

The World Health Organization maintains that ‘breastfeeding is one of the most effective ways to ensure child health and survival‘ and adds that being safe, clean and containing a wide range of antibodies against common childhood illnesses, breastmilk is an ideal food for infants. Despite these recognised benefits, a 2019 analysis of breastfeeding in low and middle incomes countries, identified how only 37% of children under 6 months of age are exclusively breastfed.

Although there are clear benefits to children, breastfeeding is also beneficial to lactating mothers, with one review identifying how breastfeeding for longer than 12 months was associated with a 26% reduced risk of breast cancer and a 32% reduced risk of ovarian cancer. In 2021, a statement from the American Heart Association, suggested that ‘lactation and breastfeeding may lower a woman’s later cardiometabolic risk‘. Furthermore, an umbrella review of the association between maternal health and cardiovascular disease in later life, also suggested an inverse association between length of lactation and morbidity or mortality from cardiovascular disease but did not provide a pooled estimate of this association.

For the present study, the Austrian team undertook a systematic literature review and meta-analysis to more precisely characterise the association between breastfeeding and the development of maternal cardiovascular events. They compared ‘ever’ versus ‘never’ breastfeeding in relation to cardiovascular disease (CVD), coronary heart disease (CHD), stroke or fatal CVD and calculated hazard ratios for each of these outcomes.

The team identified 8 relevant prospective studies which included 1,192,700 women with a mean age of 51.3 years, of whom 82% reported having ever breastfed for a mean duration of 15.6 months.

The authors calculated that each additional year of breastfeeding resulted in significant reduced risk, based on hazard ratios, for CVD (HR = 0.91) and CHD (HR = 0.89) and although the risk for stroke was reduced (HR = 0.91) this was non-significant.

Commenting on these results, the authors noted how the relationship between breastfeeding and cardiovascular risk had been overlooked for a long time and that in general, the maternal health benefits are less well known. They suggested that interventions to promote and facilitate breastfeeding should be reinforced.