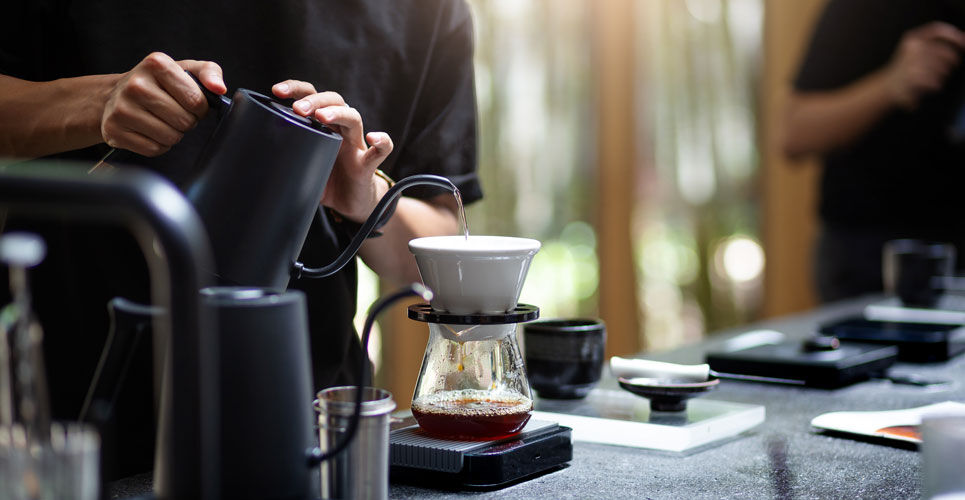 Caffeine blocks the action of two regulators of low-density lipoprotein (LDL) cholesterol, lowering levels of the lipoprotein and thereby potentially reducing cardiovascular disease risk (CVD) according to a study by researchers from the Department of Medicine, McMaster University, Hamilton, Canada.

Consumption of caffeine containing beverages such as coffee, has been found to have a nonlinear association with CVD risk, such that the lowest risk is achieved through drinking 3 to 5 cups per day. Moreover, other data from cohort studies suggests that coffee consumption reduces the risk of ischaemic and haemorrhagic stroke. However, the mechanism underlying these potentially protective cardiovascular effects remains unclear but might be related to a reduction in specific risk factors such as LDL cholesterol. In fact, elevated LDL cholesterol is known to be associated with a higher risk of myocardial infarction and atherosclerotic cardiovascular disease.

An important regulator of LDL cholesterol is the membrane-bound transcription factor, SREBP2 which is activated when intracellular cholesterol levels are reduced leading to the production of proprotein convertase subtilisin/kexin type 9 (PCSK9) which reduces the ability of tissues to remove excess LDL from the blood. But how caffeine might affect these two regulators is currently uncertain and was the subject of the study by the Canadian team who examined the impact of caffeine on SREBP2 transcriptional activation.

Initially and using a mouse model, the Canadian team found that caffeine was able to block SREBP2 activation which in turned reduced PCSK9 levels. PCSK9 inhibitors have recently become available for the treatment of high cholesterol and so this was a potentially important observation. Furthermore, the team were also able to show that caffeine increased hepatic cell uptake of LDL, which supported the notion that PCSK9 was attenuated.

In order to determine whether this same effect occurred in humans, the researchers recruited 12 healthy volunteers (4 males) between the ages of 22 and 45. The volunteers were asked to fast for 12 hours and given 400 mg of caffeine, which is roughly four cups of brewed coffee. Blood samples were taken prior to administration of the caffeine and after 2 and 4 hours. The results showed that caffeine reduced plasma levels of PCSK9 by 25% after 2 hours and by 21% after 4 hours and this change was not observed among a group of fasted individuals who were not given caffeine over the same time period.

In discussing their findings, the authors described how their data support the notion that small molecules such as caffeine, by blocking the activation of SREBP2, had a downstream effect of attenuating PCSK9 expression in humans. Furthermore, the overall effect of this action was increased expression of LDL receptors on the surface of hepatocytes (which is blocked by PCSK9) enabling increased cellular uptake of LDL cholesterol and therefore lowering plasma levels.

They concluded that the study offers compelling evidence for the development of caffeine-related compounds that might be able to mitigate the risk of cardiovascular disease.