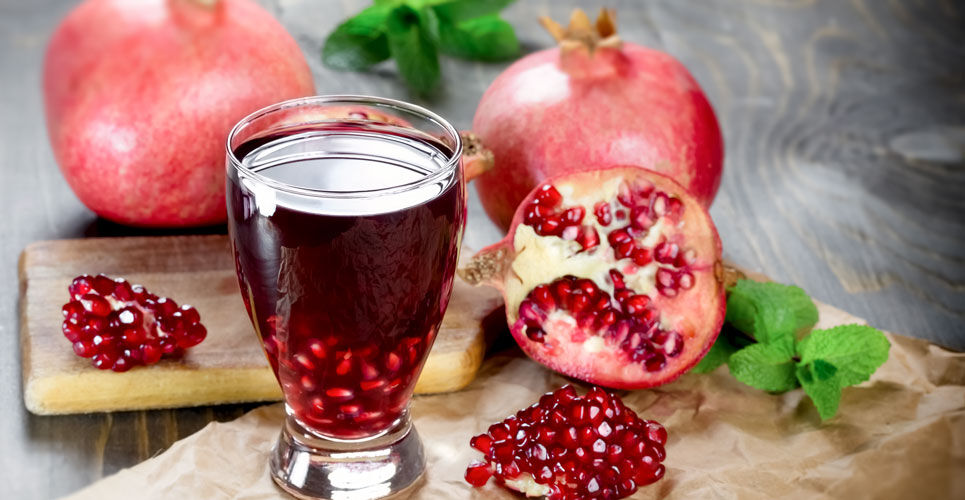 The combination of pomegranate juice (PJ) and aerobic training resulted in an improvement in both anthropomorphic indices and markers of insulin resistance in patients with type 2 diabetes and thus may represent an important approach to risk modification in these patients. This was the conclusion of a clinical trial by a team from the Department of Exercise Physiology, Faculty of Sport Sciences, Razi University, Kermanshah, Iran.

In 2017, a study estimated that across the world, there were approximately 462 million individuals with type 2 diabetes (just over 6% of the world population) and which led to over 1 million deaths per year. In addition, elevated levels of the liver enzymes, alanine transaminase (ALT), aspartate transaminase (AST), gamma-glutamyltransferase (GGT) and alkaline phosphatase (ALP) have been found to be significantly associated with an increased risk of diabetes. Lifestyle modification is considered to be an important first-line approach to the management of type 2 diabetes with one 2019 systematic review finding that the condition is preventable by changing lifestyle and that the risk reduction is sustained for many years after the active intervention. In patients with type 2 diabetes, the hyperglycaemic state results in the production of free radicals, increasing oxidative stress and use of a dietary invention with pomegranate juice has been shown to exert a favourable effect on this oxidative stress. Pomegranate juice contains an abundance of anti-oxidative poly-phenolic compounds which are assumed to have cardioprotective effects. In fact, a 2019 trial found that PJ consumption decreased systolic and diastolic blood pressure in patients with type 2 diabetes.

As aerobic training improves insulin sensitivity and lowers insulin resistance, for the present study, the Iranian team wanted to test if there were additional benefits from combing aerobic training with pomegranate juice. They conducted an 8-week trial and randomised middle-aged men with type 2 diabetes into four groups: aerobic training (AT) and pomegranate juice (AT+PJ); AT and PJ alone and a control group. Those assigned to PJ drank 240 ml of pure juice once daily whereas the control group had a water-based, identical drink. Measurements of bodyweight (BW), body mass index (BMI), waist-hip ratio (WHR) and body fat percentage (BFP) were taken at baseline and at the end of trial. Other assessments included ALT, AST and GGT as well as fasting blood sugar (FBS), insulin levels and HOMA-IR – a measure of insulin resistance.

A total of 40 middle-aged men with a mean age of 42.2 years were randomised into one the four groups.

The authors concluded that based on these findings, a combination of aerobic training and pomegranate juice could be recommended to patients with type 2 diabetes to prevent increases in the levels of liver enzymes associated with diabetes and to improve insulin resistance.