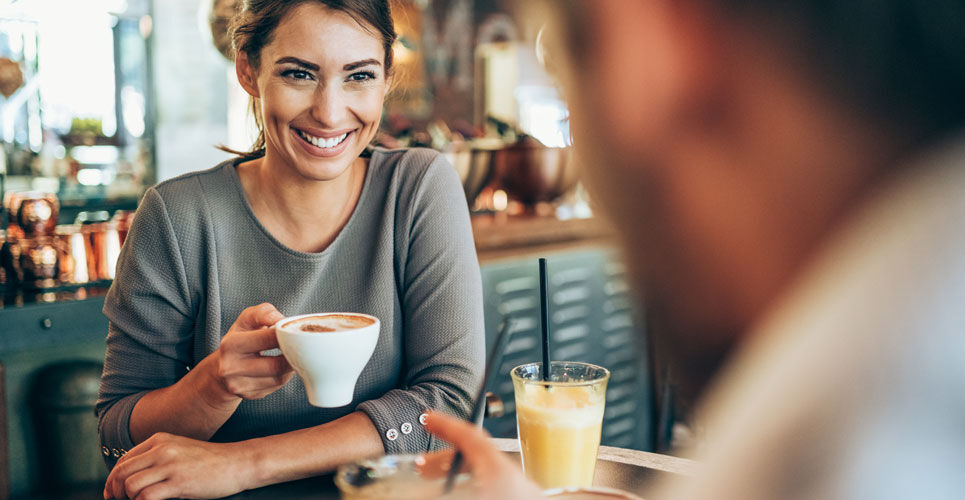 Daily coffee intake suggested as part of a healthy diet

A daily coffee intake of 2 – 3 cups is linked to positive cardiovascular effects including a reduced risk of CVD, arrhythmias and mortality

Regular coffee intake (whether ground or instant) of at least 2 – 3 cups every day is associated with significant reductions in the risk of developing cardiovascular disease (CVD), arrhythmias, as well as cardiovascular and all-cause mortality. This is according to the findings of three studies analysing data from the UK Biobank.

Although coffee contains caffeine, it is also a rich source of phenolic compounds including chlorogenic acids which contribute to coffee’s antioxidant activity. Moreover, coffee intake at midlife has been associated with a lower risk of dementia and Alzheimer’s disease compared with those drinking no or only little coffee. Nevertheless, the cardiovascular benefits from drinking coffee are much less clear with one study finding that in men, the risk of nonfatal myocardial infarction was not associated with coffee drinking. In contrast, a large prospective study observed that coffee consumption was inversely associated with total and cause-specific mortality.

Due to these conflicting results, three studies presented at the 2022 American College of Cardiology Scientific Session have examined the cardiovascular and mortality benefits disease associated with coffee intake.

In the first study, effects of habitual coffee consumption on incident cardiovascular disease, arrhythmia, and mortality: findings from UK BIOBANK, researchers from the University of Melbourne, Australia, included data from 382,535 individuals with a mean age of 57 years (52% female) and assessed the effect of coffee intake over a 10-year period. The results showed that a coffee intake of 2 – 3 cups/day was significantly associated (for all associations, p < 0.01) with the lowest risk for developing CVD (Hazard ratio, HR = 0.91, 95% CI 0.88 – 0.94), coronary heart disease (HR = 0.90), heart failure (HR = 0.85) and all-cause mortality (HR = 0.86). They found a U-shaped relationship between higher coffee intake and incident arrhythmia which was also lowest at 2 – 3 cups/day (HR = 0.92).

In the second study, regular coffee intake is associated with improved mortality in prevalent cardiovascular disease, the Australian team this time focused on the effect of coffee drinking among those with existing cardiovascular disease. With a population of 502,543 individuals, again followed for 10 years, CVD was subsequently diagnosed in 342,279 participants, of whom, 19.6% died. The researchers found that coffee intake was safe at all levels and that survival was improved again at 2 – 3 cups/day (HR = 0.92, 95% CI 0.86 – 0.99, p = 0.03). Among 24,111 participants diagnosed with an arrhythmia, drinking as little as one cup of coffee per day was associated with the lowest mortality risk (HR = 0.85) and specifically, in those with atrial fibrillation or flutter, one cup of coffee per day was associated with improved survival (HR = 0.82, p < 0.01).

In the third study, ground, instant or decaffeinated coffee? Impact of different coffee subtypes on incident arrhythmia, cardiovascular disease and mortality, the team explored wondered there were any differential cardiovascular benefits from how the coffee was prepared. Overall, they found that drinking between 1 and 5 cups of coffee per day were associated with a reduced risk of arrhythmia, CVD, CHD, heart failure and stroke. The greatest reduction in risk for CVD was seen with drinking 2 – 3 cups/day of ground coffee (HR = 0.83, 95% CI 0.79 – 0.87) but there was still a significant, albeit smaller, reduction in risk from consuming instant coffee (HR = 0.91, 95% CI 0.88 – 0.95).

Finally, and perhaps of interest to those who wish to avoid caffeine, the third study showed that drinking 2 – 3 cups/day of decaffeinated coffee was associated with a mortality benefit (HR = 0.85, 95% CI 0.80 – 0.91, p < 0.01), which led the authors to conclude that it was likely that the non-caffeine compounds within coffee are more important factors associated with greater survival among coffee drinkers.

Given these findings, the authors suggested that coffee intake should be considered as part of a healthy diet.