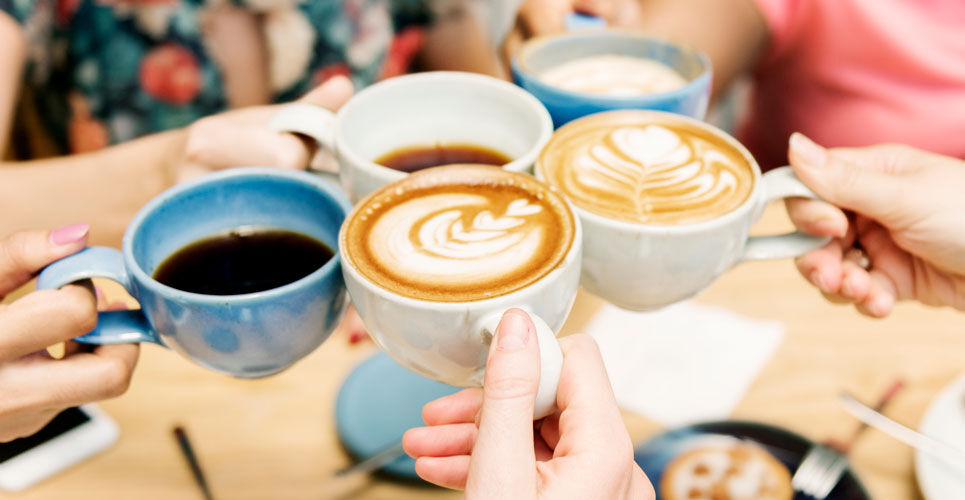 Greater levels of coffee intake has been found to be inversely associated with levels of ischaemic heart disease and mortality in 147 countries according the findings of an ecological study by Japanese researchers.

Coffee represents a complex mixture of more than a thousand different chemicals, many of which are reported to be biologically active and its health-promoting properties have been attributed to this rich phytochemistry. In fact a 2017 umbrella review found health benefits from coffee intake including a reduced all-cause mortality, cardiovascular mortality as well as cardiovascular disease and a lower risk of several specific cancers, neurological, metabolic, and liver conditions. Nevertheless, in the past, the medical literature did not recognise these purported health benefits even suggesting that coffee drinking was potentially harmful. For example a 1963 study reported that the development of clinical coronary heart disease was shown to be associated with coffee intake. Furthermore, another study from the 1970’s concluded that there was a small risk of death from coronary heart disease associated with coffee drinking. Finally in the 1980’s yet another study supported an independent, dose-responsive association of coffee consumption with clinically evident coronary heart disease, consistent with a twofold to threefold elevation in risk among heavy coffee drinkers. Despite these negative findings, over the subsequent years, the link between coffee drinking and cardiovascular disease has moved from no noticeable effect to a protective effect such that there was a significant and inverse relationship with cardiovascular disease.

But how and why has the relationship between coffee intake and ischaemic heart disease (IHD) incidence and mortality changed over the years? This was the question posed by the Japanese team who undertook a longitudinal ecological study between 1990 and 2018. The team were able to use the Global Burden of Disease (GBD) Study to extract age-standardised IHD incidence and mortality and the Global Dietary Database to determine population level coffee intake data for each of the countries included in the Global burden of disease study from 1990 to 2018.

Using regression models adjusted for several lifestyle factors including smoking levels, physical activity and alcohol intake, it became clear that there was a significant inverse association between coffee intake and year as well as IHD incidence and mortality. In other words, the positive or harmful association between coffee intake and IHD mortality seen in the 1990’s changed to one of an inverse association and therefore protective effect over time.

In trying to understand why these changes had occurred, the authors speculated that the harmful affects of coffee in relation to IHD were probably related to confounders such as smoking, i.e., having a coffee and cigarette. This was a potentially likely explanation, especially given how smoking is known to modify the observed risk when studying the role of coffee on human health. A further factor accounting for the shift from harmful to protective effects, might have been due to a shift from drinking boiled to filtered coffee. It is known for example that boiled coffee contains a hyper-cholesterolaemic agent and research has shown how the hyper-cholesterolaemic factor in boiled coffee, is retained by the paper filter.

They concluded that their study suggested that the association between coffee intake and IHD risk may change over time owing to changes in social and environmental factors.

Citation
Shirai Y et al. Change in the association between coffee intake and ischemic heart disease in an international ecological study from 1990 to 2018 Sci Rep 2022

Be in the know
Subscribe to Hospital Pharmacy Europe newsletter and magazine
Subscribe
Share this story:
RELATED ARTICLES
Bayer’s Riociguat submitted for regulatory approval in the US and EU
Nintedanib extended survival beyond one year
CHMP positive opinion for Stribild
Getting the dose right
Drug failure linked to brain makeup