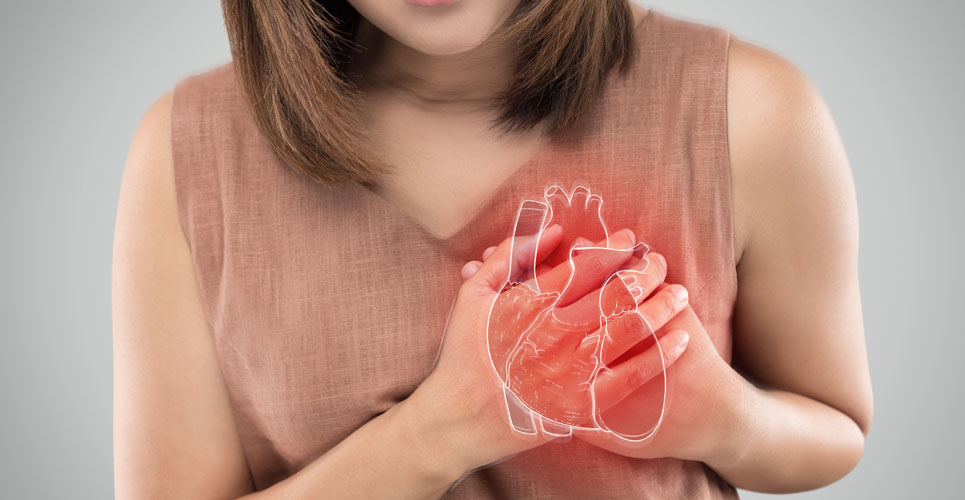 A study has found that non-traditional risk factors for cardiovascular disease appear to be more prevalent among women than men.

The prevalence of non-traditional cardiovascular risk factors appears to be increasing more in women than men. This is according to research presented at the European Stroke Organisation Conference (ESOC). Researchers from the University of Zurich, Switzerland, who examined data contained in the Swiss Health Survey which was established in 1981/82. The health survey was designed to provide data from a representative sample on a number of health-related issues such as perceived health status, use of health services and demand for health care. Information is collected every 5 years and since 2010, the data formed part of the Swiss population census.

Using data obtained in 2007, 2012 and 2017 on 22,000 men and women, the researchers identified an increase in the number of women who reported non-traditional risk factors for cardiovascular disease. This change appeared to coincide with an increase in the proportion of women who reported working full-time, which had grown from 38% in 2007 to 44% by 2017. The data showed that the number of individuals reporting stress at work had also risen from 59% in 2012 to 66% in 2017. Furthermore, the proportion reporting non-traditional factors such as being tired and fatigued had also increased from 23% to 29%, but had risen to 33% among women compared to 26% in men, with a slightly higher level of severe sleep disorders in women (8%) compared to men (5%).

Fortunately, the study found that the more traditional cardiovascular disease risk factors had stabilised over the study period, with 27% having hypertension, 18% a raised cholesterol level and 5% diabetes. Nevertheless, while obesity had increased to 11%, the level of smoking had reduced slightly from 10.5 to 9.5 cigarettes per day though both obesity and levels of smoking were higher in men.

According to the study authors, Dr Martin Hänsel and Dr Susanne Wegener, “our study found men were more likely to smoke and be obese than women, but females reported a bigger increase in the non-traditional risk factors for heart attacks and strokes, such as work stress, sleep disorders, and feeling tired and fatigued.”

10-year trends in cardiovascular risk factors in Switzerland: non-traditional risk factors are on the rise in women more than in men. Presented at the European Stroke Organisation Conference, September 2021