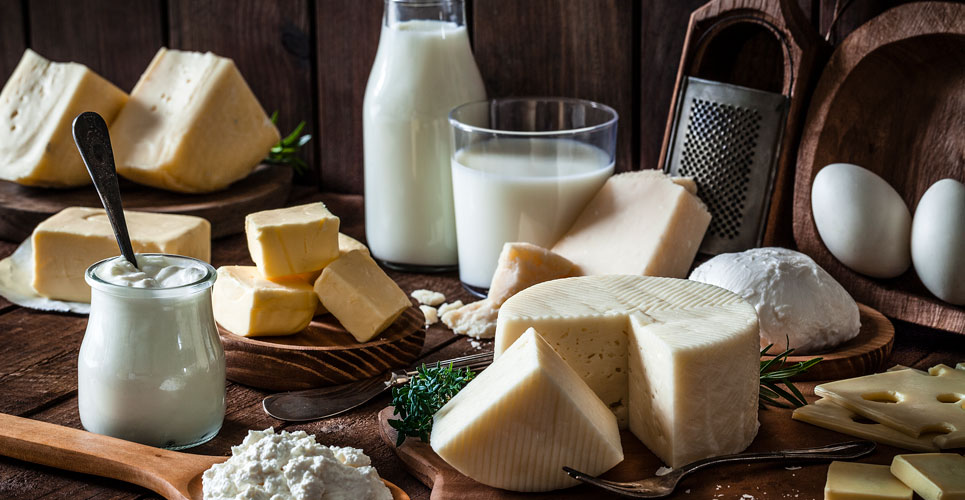 by Rod Tucker
Published on 1 October 2021

Increased intake of dairy foods as measured by plasma dairy fat biomarkers has been found to be associated with a 25% lower incidence of CVD.

There are an estimated 17.9 million deaths associated with cardiovascular disease every year and globally, these account for 32% of all mortalities. Nutritional advice to help prevent cardiovascular disease has focused on reducing intake of fats, especially saturated fats. For example, the NHS suggests that men should eat no more than 30g per day of saturated fat. Furthermore, replacement of saturated fats with unsaturated fats has been associated with health benefits although in recent years, meta-analyses of randomised trials and observational studies found no beneficial effects of reducing saturated fat intake intake on cardiovascular disease (CVD) and total mortality, and instead found protective effects against stroke. Since observational studies often relied upon self-reported intake of foods and therefore fat, such self-reported measures can be unreliable. This led an international team of researchers, led by The George Institute for Global Health, University of New South Wales, Australia, to investigate the association between serum levels of pentadecanoic acid (15:0), a biomarker for dairy fat intake and both incident cardiovascular disease (CVD) and all-cause mortality in a Swedish Cohort. The 15:0 was measured at baseline together with a series of questionnaires, between 1997 and 1999 and follow-up information was collected until December 2014. The primary outcomes of interest were incident CVD and all-cause mortality which were obtained from death registries and reported as hazard ratios. In addition, the authors included the results of their study in a systematic review and meta-analysis with a number of other studies.

The authors concluded that higher levels of 15:0, which are related to an increased intake of dairy fats, was associated with a lower risk of incident CVD and that these findings were supported by the meta-analysis. They called for further studies to ascertain the causality of this relationship and the potential role of dairy foods in CVD prevention.