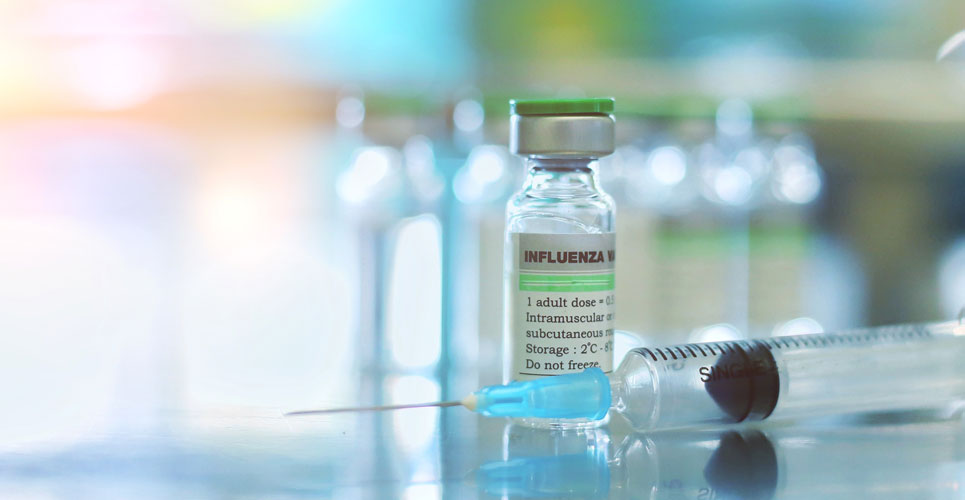 Giving an influenza vaccination within 72 hours of a myocardial infarction (MI) reduced all-cause and cardiovascular mortality at 12 months.

Coronary heart diseases such as myocardial infarction and strokes are the leading global cause of death. Moreover, it has been estimated that coronary heart diseases give rise to a 17.9 million death toll annually. The notion that influenza might represent a contributory factor in the development of myocardial infarction (MI) and subsequent death, has arisen based on findings from autopsy studies of patients who died during influenza epidemics. In fact, a recent analysis of 364 hospitalisations for acute MI, showed that there was a significant association between respiratory infections, especially influenza and MIs. It is therefore possible that administration of an influenza vaccination as both a primary or secondary preventative measure, could improve cardiovascular disease outcomes. Nevertheless, a 2015 Cochrane review concluded that among those with cardiovascular disease, influenza vaccination may reduce mortality and combined cardiovascular events but that more and higher-quality evidence is necessary to confirm these findings.

In an attempt to provide the necessary high-quality evidence, researchers from the Faculty of Health, Department of Cardiology, Orebro University, Sweden, established the Influenza vaccination After Myocardial Infarction (IAMI) trial. The team hypothesised that influenza vaccination would reduce the incidence of death, further MIs and stent thrombosis, in patients with a recent MI or with high-risk coronary disease, which included those with stable coronary artery disease and 75 years of age or older with additional risk factors. Eligible patients for the trial were those with either ST-elevation myocardial infarction (STEMI) or non-STEMI. Patients were excluded if they had received an influenza vaccination during the previous 12 months. Participants were then randomised 1:1 to either influenza vaccine or placebo (saline) within 72 hours of their MI. The primary endpoint of interest was a composite of all-cause death, MI, or stent thrombosis at 12 months.

Findings
The researchers randomised 2571 individuals with a mean age of 59.9 years (81% male) to either influenza vaccination or placebo. Overall, 54.5% of participants were admitted with STEMI and 45.2% with non-STEMI and 8 with stable coronary artery disease. Over the following 12 months, the primary outcome occurred in 5.3% of those vaccinated and 7.2% of those in the placebo group (hazard ratio, HR = 0.72, 95% CI 0.52 – 0.99, p = 0.04). The mortality rates were 2.9% (influenza vaccine) and 4.9% placebo (HR = 0.59, 95% CI 0.39 – 0.90, p = 0.014). In addition, within the influenza vaccination group, 2% experienced a subsequent MI compared to 2.4% in the placebo group (p = 0.57). None of the patients with stable coronary artery disease died.
Discussing their findings, the authors noted how the early administration of influenza vaccination led to a reduced risk of death compared to placebo. They concluded that the provision of influenza vaccination should form part of the in-hospital treatment received by patients following a myocardial infarction.