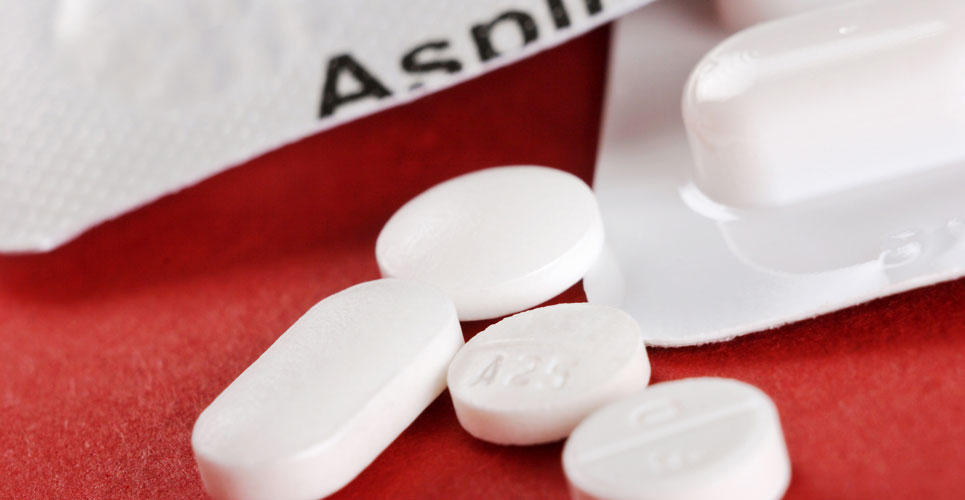 The prescription of low dose aspirin for primary prevention was found in nearly half of patients aged 70 years of age and older despite current recommendations against its use in this age group, according to researchers from the Johns Hopkins Ciccarone Center for the Prevention of Cardiovascular Diseases, Baltimore, US.

Low dose aspirin (LDA) possesses antithrombotic effects and has been used to reduce the incidence of cardiovascular events as both a primary and secondary prevention strategy. However, in recent years, the value of LDA for primary prevention, especially in those aged 70 years and older has been re-assessed, given the greater incidence of major haemorrhage. US guidance in 2019 from the American College of Cardiology and American Heart Association, states that ‘Low-dose aspirin (75-100 mg orally daily) should not be administered on a routine basis for the primary prevention of ASCVD (atherosclerotic cardiovascular disease) among adults>70 years of age.’ Similarly, the European Society of Cardiology also do not recommend aspirin use in those 70 years of age and older who are free from cardiovascular disease.

Given this recommendation against the use of LDA in the elderly from both US and European bodies, for the present study, the US researchers examined trends in the use of aspirin over the past two decades (1998 to 2019) for both primary and secondary prevention and to determine the factors associated with use in both scenarios. Data were obtained from the Behavioural Risk Factor Surveillance (BRFSS), which represents a nationally representative telephone survey of adults across the US. The researchers focused on adults aged 40 years and over to examine trends in aspirin use and individuals were given a score of 0 to 5, based on the presence of cardiovascular risk factors.

In 2019, 54,388 participants aged 40 years and older responded to questions on aspirin use in BRFSS and overall, 33.5% of them were using the drug. Among those without cardiovascular disease, LDA use was reported by 27.5% for primary prevention and 69.7% for secondary prevention. However, 45.6% of adults > 70 years of age reported using aspirin as a primary preventative strategy. In addition, 12.6% of aspirin users had a score of 0 (i.e., no cardiovascular risk factors).

The authors concluded that despite declines in overall LDA use, a significant proportion of elderly patients were still being prescribed the drug and with the potential risks associated with its use, clinicians should discuss these risks with a view to discontinuing the drug.