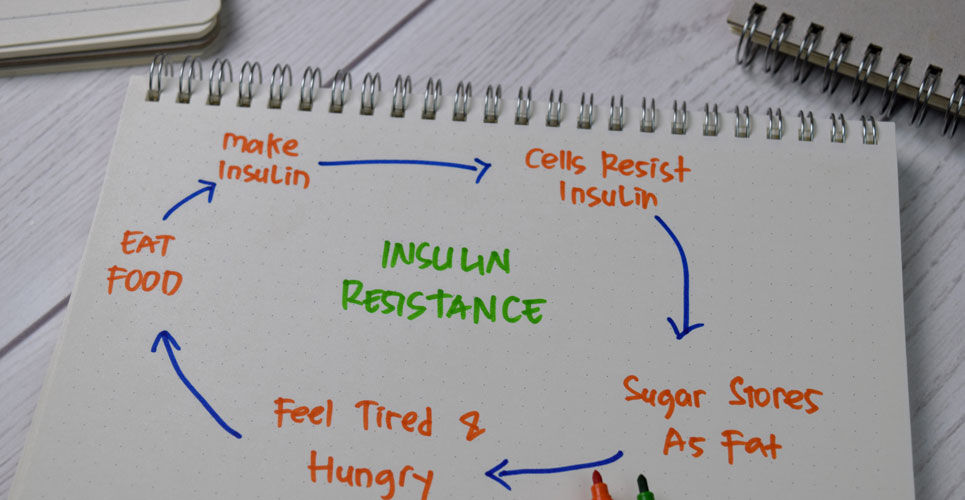 Lower doses of pioglitazone provide better risk reductions for adverse cardiovascular outcomes such as myocardial infarction and stroke among patients with insulin resistance and with a lower incidence of adverse effects. This was the conclusion of an exploratory analysis by researchers from the Stroke Prevention & Atherosclerosis Research Centre, Western University, Ontario, Canada.

Insulin resistance refers to a condition where insulin does not exert its normal effects in insulin-sensitive target tissues but also promotes cardiovascular disease via changes in classic cardiovascular risk factors and down-regulation of the insulin signalling pathways in different tissues. Thiazolidinediones such as pioglitazone, are insulin sensitisers that act on intracellular metabolic pathways to enhance insulin action and increase insulin sensitivity in critical tissues. In addition to these insulin-related effects, pioglitazone also has vasodilatory effects and was shown to reduce blood pressure in diabetic patients with elevated levels despite already receiving at least 3 antihypertensive drugs. Moreover, given that insulin resistance is a risk factor for stroke and myocardial infarction, a 2016 study in patients without diabetes, but insulin resistance and a recent history of ischaemic stroke or transient ischaemic attack, found that pioglitazone use over a 4-year period, reduced the incidence of fatal or non-fatal stroke or myocardial infarction compared to placebo. However, despite these benefits, there are concerns over the side-effects of the drug which include weight gain, oedema and heart failure. In fact, a systematic review and meta-analysis assessing the effects of pioglitazone treatment as a secondary prevention measure in cardiovascular disease, found that while the drug lowered the risk of recurrent MACE, stroke, or MI, it did not lower the risk for all-cause mortality but actually increased the risk of developing heart failure.

Whether pioglitazone use at a lower dose would still provide the observed cardiovascular benefits as the higher dose but with a lower incidence of adverse effects is uncertain and was the objective of the current study by the Canadian team.

The researchers used data from the Insulin Resistance Intervention in Stroke Trial (IRIS), which randomised participants to either pioglitazone or placebo. The dose of the drug was initiated at 15mg and titrated upwards to to 45mg. However, in cases where this dose was not tolerated, participants could be down-titrated to a lower, and better-tolerated dose. For the present analysis, the team examined the outcomes among patients taking either lower or higher doses of pioglitazone. They chose the mode dose of study drug, which was defined as the most frequent dose taken over the period of study. The primary outcome was the incidence of myocardial infarction or stroke and the effect on the adverse outcomes of weight gain, oedema and heart failure was also examined.

The authors concluded that doses less than the maximal 45mg provided similar levels of efficacy but, more importantly, with a reduced incidence of adverse effects.

Be in the know
Subscribe to Hospital Pharmacy Europe newsletter and magazine
Subscribe
Share this story:
RELATED ARTICLES
GSK begins phase III lapatinib study in head and neck cancer
Happy Holidays to all our visitors
Xenotransplantation: the answer to organ shortage?
CHMP recommends indication for the use of Trajenta®
FDA breakthrough therapy designation for bimagrumab