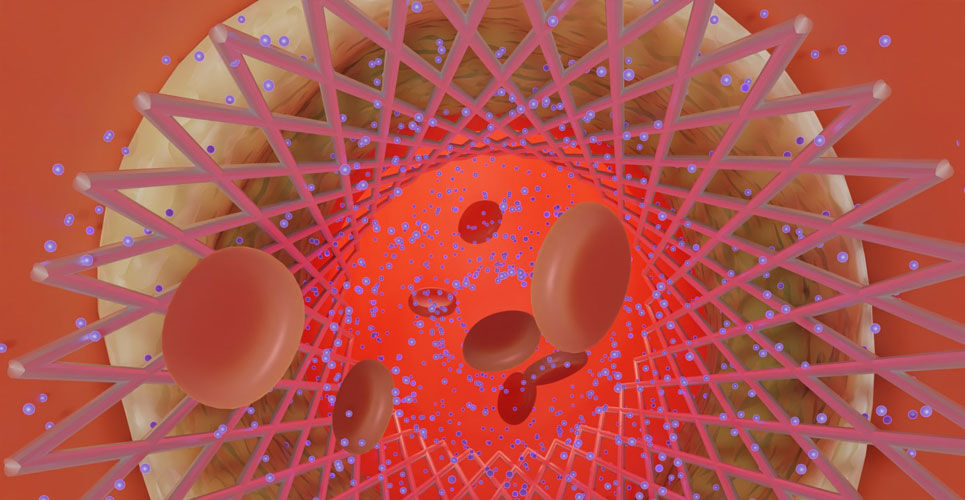 Chinese researchers from the university of Shanghai have found that using of ticagrelor and aspirin, reduces the incidence of ischaemic major adverse cardiac events (MACE) compared to clopidogrel and aspirin, following the implantation of emergency drug-eluting stents in patients with a ST-elevation myocardial infarction.

The use of dual anti-platelet therapy combining aspirin and a P2Y12 receptor inhibitor reduces recurrent MACE in patients undergoing a percutaneous coronary intervention (PCI) with drug-eluting stents. Despite the proven value of this combination treatment, it has become clear that continued high on-treatment platelet reactivity to adenosine diphosphate, is associated with adverse clinical events. In fact, there is evidence to suggest that between 4 and 30% of patients treated with clopidogrel fail to show an adequate platelet response. Moreover, use of ticagrelor has been shown to exhibit a lower level of high on-treatment platelet reaction in comparison to clopidogrel. Despite these findings, the reason for high on-treatment high residual platelet reactivity remain unclear but elevated levels of fibrinogen despite treatment with drugs such as clopidogrel have been found to be independently associated with the risk of ischaemic myocardial injury following elective PCI in patients treated with clopidogrel.

In the current study, the Chinese team examined the impact of fibrinogen on residual platelet reactivity after an emergency drug-eluting stent implantation in patients treated with either aspirin and clopidogrel or aspirin and ticagrelor, over a 12-month period following their stent implant. The team used a prospective design and included patients undergoing PCI and who were prescribed aspirin 100 mg with clopidogrel 75 mg daily or aspirin and ticagrelor 90 mg twice daily for at least 12 months. The researchers measured both on-treatment platelet reactivity and the fibrinogen concentration and which was divided into quartiles. The endpoint of interest was ischaemic MACE, which was a composite of several adverse cardiovascular outcomes e.g., unplanned revascularisation, ischaemic stroke.

The authors concluded that both a high fibrinogen level and high residual platelet reactivity could be used to identify patients at risk of an ischaemic event over a 12 month period and suggested that ticagrelor provided a better prognosis than clopidogrel.