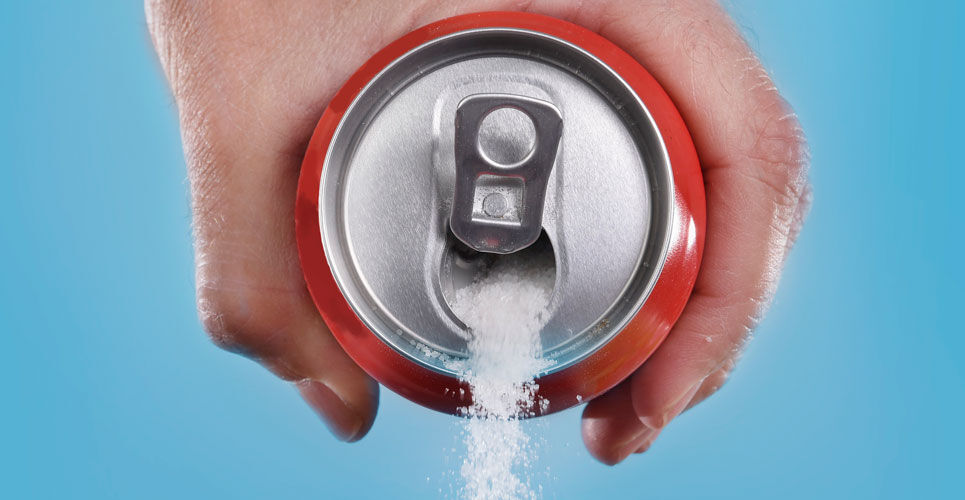 The use of no-calorie sweeteners as a replacement for sugar-containing drinks in overweight or obese patients with, or at risk of, diabetes, produces a small reduction in cardiometabolic risk factors such as body weight and body mass index. This was the conclusion of a network meta-analysis by researchers from St Michael’s Hospital, Toronto, Canada.

The habitual consumption of sugar-containing drinks is associated with adverse cardiovascular outcomes such as a greater incidence of type 2 diabetes, as well as heart, kidney and non-alcoholic liver disease, tooth decay and gout. In addition, a 2013 systematic review identified how drinking sugar-sweetened beverages promotes weight gain in children and adults.

The use of no-calorie sweeteners as a replacement for sugar-containing drinks could theoretically minimise these adverse cardiovascular sequelae. However, a meta-analysis of 35 observational studies that assessed the impact on outcomes such as body mass index and fasting blood glucose, concluded that most health outcomes did not seem to have differences between the non-sugar sweeteners exposed and unexposed groups. The American Heart Association in a science advisory published in 2018 stated that there is a dearth of evidence on the potential adverse effects of low calorie sweeteners (LCS) relative to potential benefits although did concluded that on the basis of the available evidence, it is prudent to advise against prolonged consumption of LCS beverages by children. The group added that the use of other alternatives to sugar sweetened beverages should focus on plain water.

For the present study, the Canadian team used a network meta-analysis to enable both sugar-containing beverages and water to be used as comparators. They used no-calorie sweeteners as a replacement for water and which served as the reference substitution. Included studies were randomised controlled trials of at least 2 weeks duration. The primary outcome was a change in body weight and several secondary outcomes were used including measures of such as body mass index (BMI), glycaemic control and changes in blood pressure.

A total of 17 randomised controlled trials with 1733 adults (mean age 33.1 years, 77.4% female) who were either overweight or obese or who had diabetes or were at risk of developing the condition were included in the network meta-analysis. The trials had a median sample size of 72 participants.

Interestingly, when water was used as a substitute for sugar-sweetened beverages, there was no significant impact for each of outcomes measured although the direction of the associations did favour water in most cases. When no-calorie sweeteners were substituted for water, there was a greater reduction in body weight (SMD = -0.48, 95% CI -0.88 to -0.08) for the no-calorie sweeteners though none of the other outcomes was significant apart from systolic blood pressure (SMD = -0.78, 95% CI -1.40 to -0.16).

The authors concluded that using no-calorie sweeteners for sugar-containing beverages appeared to be associated with a reduction in body weight and other cardiometabolic risk factors and that there was no evidence of harm. They suggested that the use of no-calorie-sweeteners was a potentially useful strategy for overweight/obese adults with, or at risk of, diabetes.