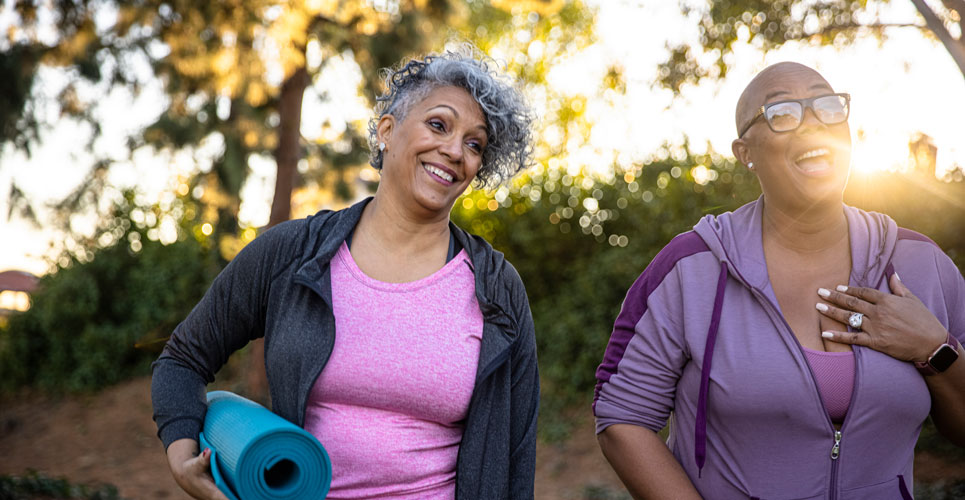 Participating in physical activity for as little as 20 minutes every day is associated with a significant reduction in the risk of cardiovascular disease (CVD) in elderly patients. This was the conclusion of a longitudinal study by a team from the department of Cardio-thoraco-Vascular Sciences and Public Health, University of Padua, Italy.

It is already well established that higher recreational and non-recreational physical activity is associated with a lower risk of mortality and CVD events. Moreover, this risk reduction has been found to be linear with increasing levels of physical activity up to around 41%. However, whilst there are clear health benefits derived from engaging in greater levels of physical activity, few of the available studies focused on older (≥65 years) adults. Furthermore, there is little evidence on the association of activity trajectories and specific cardiovascular outcomes, though where this has been examined, the authors concluded that cardiovascular health trajectories may be associated with subsequent CVD risk.

With the recognition of an increasingly ageing population, the Italian team sought to explore the relationship between different trajectories of activity and cardiovascular events in older men and women. They turned to the Progetto Veneto Anziani study which has followed over 3,000 Italians aged 65 years and older since 1995 and who had follow-up visits after 4 and 7 years. Individuals underwent physical examinations and completed various medical questionnaires, assessing smoking status, alcohol use, co-morbidities etc and morbidity and mortality data collection was extended until 2018. The levels of physical activity were collected at baseline and at follow-up appointments and individuals were subsequently categorised as active if they engaged in > 20 minutes of activity each day or inactive if < 20 minutes each day. Based on information collected from participants, the researchers defined four separate exercise trajectories: stable-low (i.e., essentially inactive); high-decreasing (active – inactive); low-increasing (inactive-active) and finally stable-high (maintaining activity). Outcomes of interest were a diagnosis of cardiovascular disease (CVD), coronary heart disease (CHD), heart failure (HF) and stroke.

Considering the dose-response relationship, the risk reduction for any incident cardiovascular event was associated with doing at least 20 minutes of activity each day for those aged 70. Using trajectories of physical activity and using the stable-low category as the reference point, for any cardiovascular disease, the fully adjusted hazard ratio was 0.48 (95% CI 0.27 – 0.86) for men in the stable-high category, i.e., a 52% reduced risk of CVD in those who maintained high levels of activity in later life. Nevertheless, this association was not significant for women.

The authors concluded that greater amounts of physical activity in older adults was associated with a reduced risk of CHD and heart failure and that a minimum of 20 minutes each day of moderate to vigorous activity should be recommended for the greatest cardiovascular benefits.