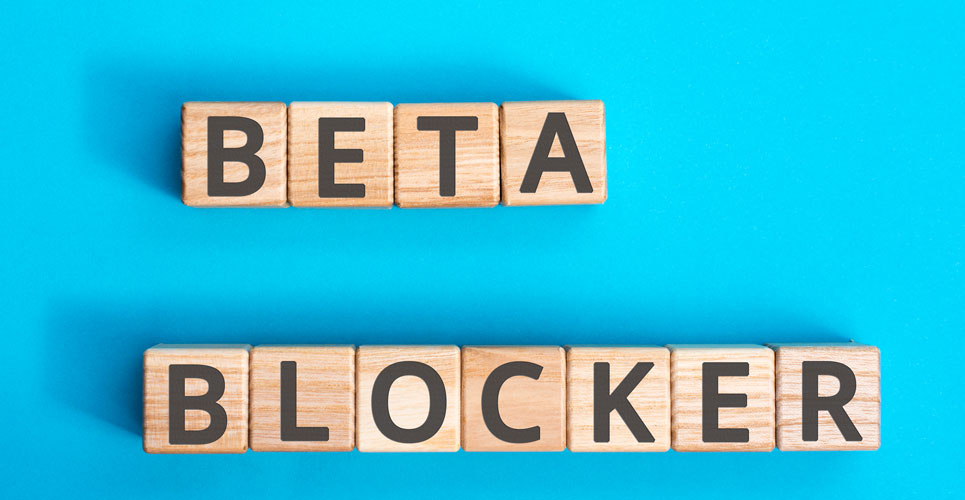 Post-MI survival highest with only a quarter beta-blocker dosage

An analysis of post-MI survival beyond 12 months found a benefit only in patients receiving 12.5 and 25% of their trial beta-blocker dosage.

The post-myocardial infarction (post-MI) use of beta-blockers has been recommended in the most recent 2017 European Cardiology Society guidelines. However, much of the evidence for the benefits of beta-blockers post-MI arose from trials during the 1970’s and 80’s before the introduction of thrombolytic treatments, statins, aspirin and angiotensin-converting enzyme inhibitors. Furthermore, in a 2014 meta-analysis of the outcomes associated with the use of beta-blockers post-MI, the authors concluded that such drugs had no mortality benefit apart from reducing recurrent myocardial infarction but that this occurred at the expensive of an increase in heart failure and cardiogenic shock. Despite this negative finding, a 1985 trial in 945 post-MI patients assigned to either timolol or placebo, observed that after a 72-month follow-up, cumulative mortality was significantly lower at 26.4% in the timolol group compared to 32.3% in the placebo arm. But could any benefit from the use of beta-blockers in those surviving a heart attack be dose-related?

This was the question posed in the OBTAIN study which found that there was no post-MI mortality benefit when patients continued with the full dosages recommended in clinical trials compared to lower doses. Now, in a follow-up study, the OBTAIN study team have evaluated the efficacy of continued post-MI beta-blocker use at various doses among those who survived one-year post-MI and speculated that the greatest survival benefit would be in patients given up to a quarter (25%) of the clinical trial beta-blocker dose. The actual dosage was not dictated by the OBTAIN study but by the patient’s physician once they were discharged from hospital.

Findings
There were 3073 patients for whom no post-MI beta-blocker data was available and 3004 where such data was available. The 2-year mortality did not differ between these two groups (4.6% vs 4%, beta-blocker not available vs available). For the 3004 patients where beta-blocker use was available, the authors analysed the mortality benefit based on the dosage categories: no beta-blocker; > 0% to 12.5% of the target dose; >12.5% to 25%; >25% to 50% and >50%. When analysed as a dichotomous variable, i.e., beta-blocker vs no beta-blocker, there was no survival benefit (adjusted Hazard ratio, aHR = 0.86, 95% CI 0.48 – 1.34, p = 0.40). Only among those prescribed > 25% to 50% of the trial beta-blocker dose was there an increased risk of mortality (aHR = 1.75, 95% CI 1.09 – 2.83, p < 0.02). In contrast, the greatest mortality benefit occurred in those prescribed > 12.5% to 25% of the recommended trial dosage.
In their discussion the authors considered that given their findings, it was time for clinicians not just to consider whether or not to use a beta-blocker post-MI patients, but at what dose, given the higher mortality benefit was only seen in those given up to a quarter of a full dose. They concluded that further work is required to define which patients should be given beta-blockers, for how long at what dose.