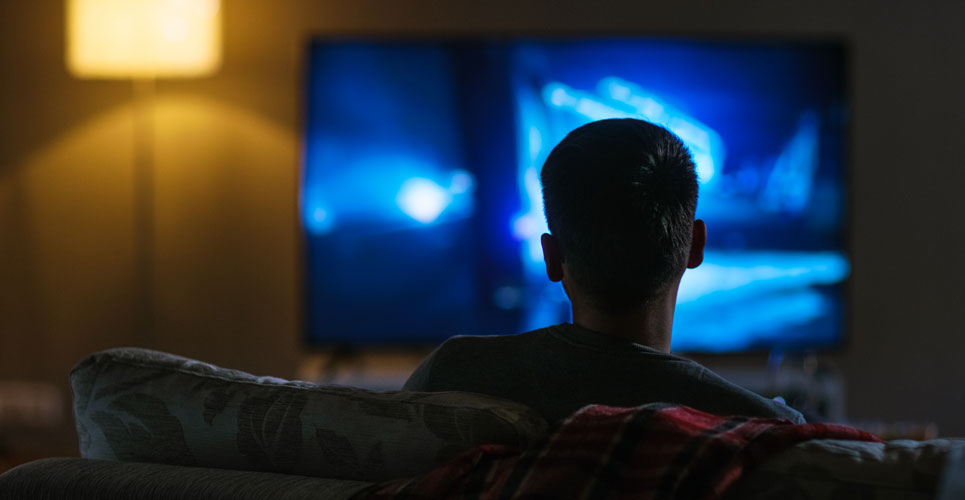 Prolonged TV viewing increases risk of venous thromboembolism even in someone who is normally physically active. This was the conclusion of a meta-analysis by a team from the National Institute for Health Research, Bristol Biomedical Research Centre, Bristol, UK.

Both arterial thrombosis and venous thromboembolism (VTE) have been generally perceived as two distinct entities and while the traditional risk factors for arterial disease are not strongly associated with an increased risk of VTE, patients with VTE do carry these risk factors. Sedentary behaviour or physical inactivity in general, is independently associated with adverse cardiovascular outcomes, regardless of physical activity levels. In contrast, a 2020 meta-analysis of 14 prospective studies, concluded that physical activity was protective such that higher levels of regular activity resulted in a lower incidence of VTE.

In an effort to derive more clarity on this relationship, the UK team sought to evaluate the magnitude of the prospective association between prolonged TV viewing and the risk of VTE. To enhance comparison and interpretations of the findings, the team dichotomised the data as prolonged vs never/seldom TV viewing.

From a total of 28 potentially eligible studies, only 3, which represented unique prospective cohort studies, including 131, 421 individuals and 964 VTE events with a follow-up duration of 5.1 to 19.8 years, were usable for their analysis.

The pooled multivariable adjusted relative risk (RR) of VTE comparing prolonged TV viewing compared to seldom/never, was 1.35 (95% CI 1.07 – 1.70). Interestingly, this positive association remained even after adjustment for physical activity which suggests that even though an individual might achieve the recommended amount of physically activity, this does not fully eliminate the risk of a VTE.

Based on these findings, the authors concluded that the results supported an association between prolonged TV viewing and a greater risk of a VTE. They added that frequent breaks and maintaining recommended levels of physical activity might be needed for VTE prevention but that further studies are required to explore this association in more detail.