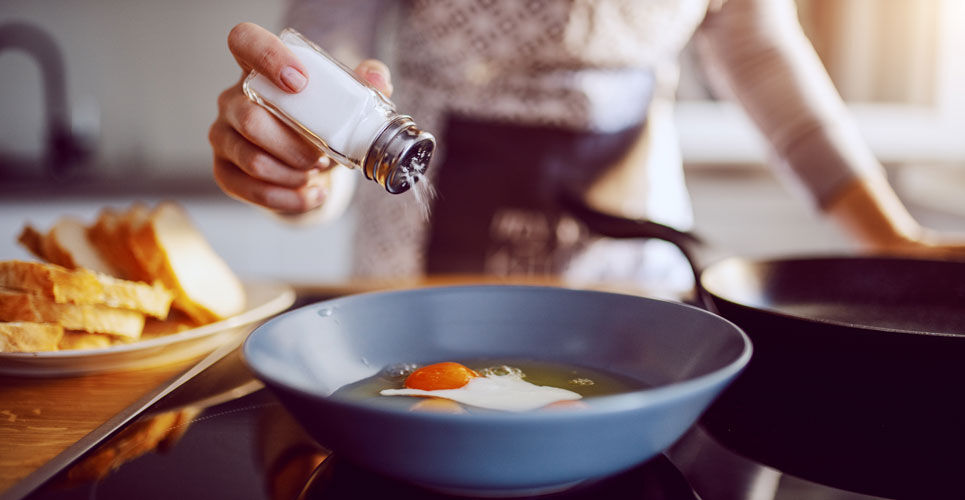 Hypertensive patients who consume the most salt either through adding it to food directly at the table or in cooking, are at a higher risk of developing open angle glaucoma according to the findings of study by an international group of researchers.

Glaucoma is a multifactorial optic neuropathy characterised by the degeneration of retinal ganglion cells. The condition is linked to intra-ocular pressure-related damage to the optic nerve. Glaucoma represents a leading cause of blindness and a 2017 analysis estimated that prevalence of blindness due to glaucoma worldwide was 75.6 per 100 000 in 2017. The treatment of glaucoma is directed towards a lowering of the intra-ocular pressure in the eye through medication, laser surgery, incisional surgery or a combination of these. The two main types of glaucoma are open angle glaucoma (OAG) and closed angle glaucoma, although there at least 8 different additional types. Some research suggests a connection between OAG and blood pressure although the findings are equivocal. For instance, one study showed that hypertension, particularly if poorly controlled, appears related to a modest increased risk of OAG. In contrast, another found that among patients with existing glaucoma, the nocturnal reduction in blood pressure may be an additional risk factor . A particular factor known to affect blood pressure isa greater intake of sodium through salt and there is a good deal of evidence indicating that a reduction in dietary sodium (via salt) decreases blood pressure and the incidence of hypertension. But whether greater intake of salt, particularly in those with hypertension would also increase the the risk of OAG is unclear. As a result, in the present study, researchers examined the relationship between glaucoma and salt intake, among patients with hypertension and who were receiving anti-hypertensive treatment.

The researchers used data from the Thessaloniki Eye Study which was designed to examine the prevalence of open angle glaucoma in adults age 60 years and older. All study participants had in-clinic examinations which included blood pressure measurement and were interviewed about co-morbidities and lifestyle factors. Participants were asked about salt intake and were categorised as ‘never users’, ‘rare/occasional’ (i.e., rare or occasional salt use at the table or during cooking) and ‘frequent users’, those who often added table salt to food and used it in cooking. For the study, researchers considered the occurrence of any OAG, primary open angle glaucoma (POAG) and pseudo-exfoliation syndrome, regardless of whether these individuals also had glaucoma. Any OAG did include POAG even though the effect of salt intake was analysed separately for this form of glaucoma.

OAG and salt intake among hypertensives

Based on these findings, the authors concluded that frequent dietary salt intake might be associated with an increased prevalence of OAG in those currently taking anti-hypertensive drugs. They called for future studies to examine the pathophysiological changes to optic nerves vascular supply caused by salt load.

Be in the know
Subscribe to Hospital Pharmacy Europe newsletter and magazine
Subscribe
Share this story:
RELATED ARTICLES
Antibody drug increases success of cancer immunotherapies
New daily dose unveiled for Cialis
The unwritten oath: First do no harm
Manufacturers: no-deal Brexit would be ‘a travesty’ due to revoked FMD system
Off-label prescribing