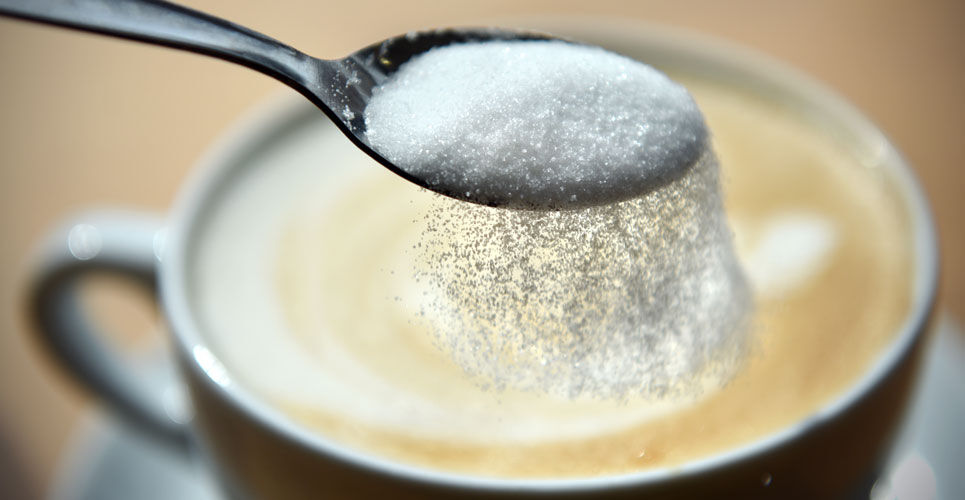 Drinking coffee sweetened with sugar provides similar mortality benefits compared to drinking unsweetened coffee whereas if coffee is sweetened with an artificial agent, the benefits are much less consistent. This was the conclusion of a prospective cohort study by a team of Chinese researchers based at the Department of Epidemiology, School of Public Health, Southern Medical University, Guangdong, China.

A 2019 meta-analysis concluded that moderate consumption of coffee such as 2 to 4 cups every day, was associated with reduced all-cause and cause-specific mortality compared to those who did not drink coffee. In fact, it has also been found that consumption of 8 or more cups of coffee per day, even among those with slower or faster caffeine metabolism, is inversely associated with mortality. Nevertheless, what has not been explored in these studies, is the extent to which sweetened coffee retains these health benefits which is of particular relevance given the potential adverse health effects of sweetened beverages.

For the present study, the Chinese researchers turned to data held in the UK Biobank to determine the association between consumption of coffee sweetened with either sugar or artificial agents and mortality. A further objective was to explore if sweetening impacted on mortality benefits linked with how the coffee was prepared, e.g., instant, ground or decaffeinated. Participants in the UK Biobank completed dietary recall data using a web-based questionnaire from which the researchers collected data on whether sugar or artificial sweeteners were used in coffee. The level of coffee consumption was categorised as 0 – 1.5 cups/day, > 1.5 – 2.5 cups/day, > 2.5 – 3.5 cups/day and > 4.5 cups/day and the type of coffee drank was classed as instant, ground or decaffeinated. Regression analysis was used to estimate the hazard ratios for coffee consumption and mortality and adjusted for several factors such as age, gender, co-morbidities etc.

A total of 171,616 individuals with a mean age of 55.6 years (44.6% male) were included in the final analysis and followed for a median of 7 years. Among this cohort, 24.2% were non-coffee drinkers, 55.4% drank unsweetened coffee with the remainder adding either sugar (14.3%) or artificial sweeteners (6.1%). Those who sweetened their coffee added an average of 1.1 teaspoons of sugar and 1.4 teaspoons of a sweetener.

When considering how the coffee was prepared, there were significant mortality benefits associated with drinking > 3.5 to 4.5 cups/day of unsweetened coffee. In contrast, the mortality benefits for a similar level of consumption of sugar-sweetened coffee were slightly less and non-significant for all three methods of preparation. Among those using artificial sweeteners, benefits were derived from instant (HR = 0.66, 95% CI 0.46 – 0.96) and ground coffee (HR = 0.51, 95% CI 0.27 – 0.95) but not decaffeinated (HR = 0.52, 95% CI 0.23 – 1.17).

The authors concluded that taking the data as a whole, it seemed that consumption of either unsweetened or sugar-sweetened coffee provided broadly similar mortality benefits. In contrast, the effect of sweetening coffee with artificial agents was less consistent, possibly due to the smaller number of people in this group.