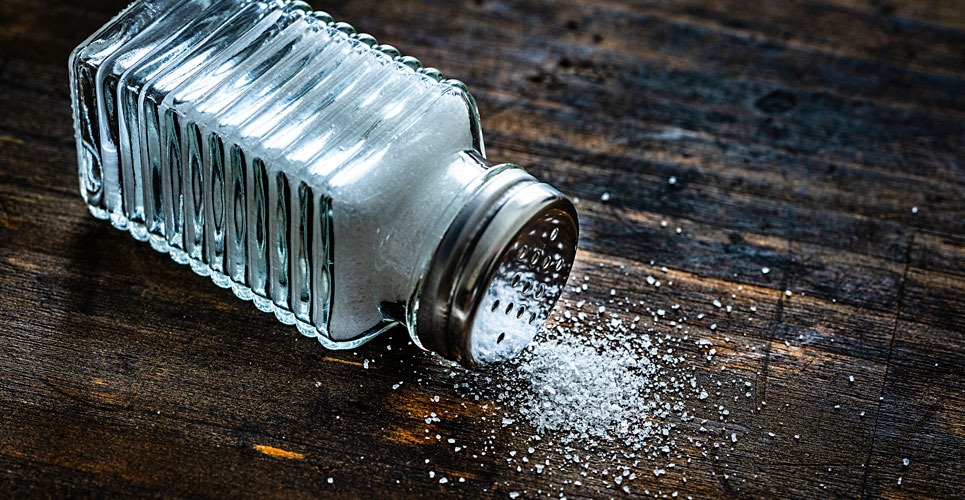 Use of salt substitutes reduces risk of future strokes

Increased intake of salt substitutes reduced the risk of new cardiovascular events and future strokes in patients 60 years of age and older.

There are two different types of strokes, those due to a clot (ischaemic) or a bleed (haemorrhagic) with the main risk factors for a stroke including hypertension, coronary artery disease, diabetes and obesity. However, the major factor responsible for strokes is hypertension and it has been estimated that, globally, an elevated blood pressure, accounts for 54% of all strokes. In addition, data suggest that reducing salt intake can reduce blood pressure and thereby lead to a decrease in the risk of strokes. The use of salt substitutes in which sodium is replaced by potassium, can also lower blood pressure although the evidence for a beneficial effect on cardiovascular disease and mortality is sparse.
This absence of randomised trial data examining the impact of salt substitution on cardiovascular outcomes, led a team of researchers from the George Institute for Global Health, Sydney, Australia, to establish the Salt Substitute and Stroke Study (SSaSS) in 600 rural villages in China. The team enrolled adults with a history of stroke or those who were 60 years of age and older and with poorly controlled blood pressure, defined as a systolic > 140 mmHg if receiving treatment or > 160 mmHg if not on treatment. Individuals were randomised to receive, free-of-charge, salt substitutes, which contained 25% potassium chloride and asked to use this instead of regular salt for cooking, seasoning food etc. The primary outcome was the incidence of stroke and secondary outcomes were major cardiovascular events, comprising a composite of non-fatal stroke, non-fatal acute coronary syndrome or death from vascular causes. The main safety outcome was clinical hyperkalaemia and in order to track electrolyte levels, every 12 months, a subgroup of participants provided 24-hour urinary electrolyte excretion.

Findings
A total of 20,995 individuals with a mean age of 65.4 years (49.5% female) were enrolled and randomised to either arm and followed up for 4.74 years. Overall, 72.6% of participants had a history of stroke, 88.4% a history of hypertension. Among those with hypertension, 79.3% were prescribed at least one anti-hypertensive and the mean sample blood pressure was 154/89.

In participants using salt substitutes, the rate of strokes was lower (rate ratio, RR = 0.86, 95% CI 0.77 – 0.96, p = 0.006) compared to regular salt users. In addition, both the rate of major cardiovascular events (RR = 0.87) and death (RR = 0.88) were significantly lower in the salt substitute group. Analysis of electrolyte samples during follow-up, also showed that sodium excretion was lower in those using salt substitutes. In terms of safety, there was no significant difference in the level of hyperkalaemia (p = 0.76).

The authors concluded that the use of salt substitutes in those with both hypertension and a prior stroke, lead to a significant reduction in not only future strokes but major cardiovascular outcomes.