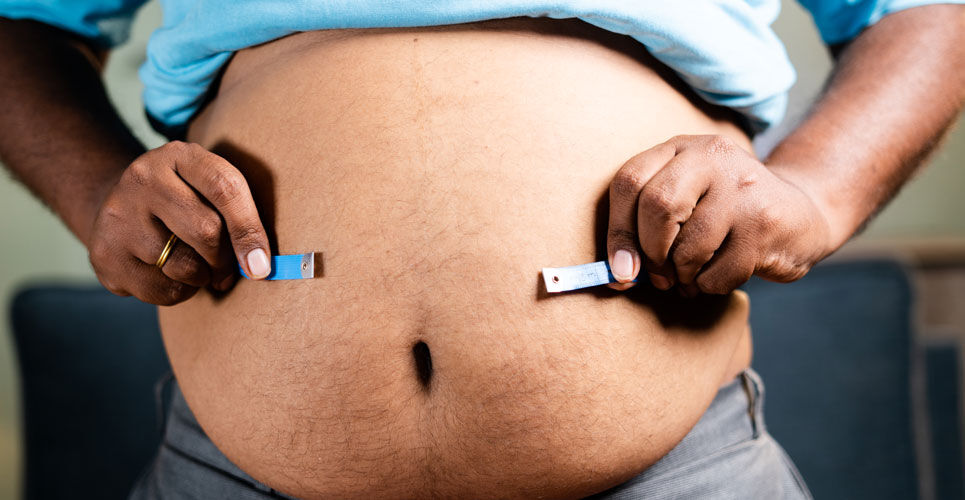 Weekly tirzepatide injections administered to patients who have a body mass index (BMI) over 30 for a period of 72 weeks, results in a significant reduction in body weight. This was the conclusion of the SURMOUNT-1 trial according to the study’s investigators.

According to the World Health Organisation (WHO), overweight and obesity are defined by abnormal or excessive fat accumulation and which presents a risk to health. Both terms are measured with the body mass index such that individuals with a BMI > 25 are considered to be overweight and obese, where the BMI exceeds 30. Obesity is a global and rising health issue with data from 2016 showing that 1.9 billion adults were overweight and 650 million obese and there is good evidence that a higher BMI is associated with an increased risk of all-cause mortality.

Tirzepatide is a novel, dual glucose-like peptide-1 and a glucose-dependent insulinotropic polypeptide GLP-1 receptor agonist, which has the potential to deliver clinically meaningful improvement in glycaemic control and body weight. In addition to glargine for example, weekly tirzepatide has been found to produce statistically significant improvements in glycaemic control in type 2 diabetic patients after 40 weeks as well as a reduction in body weight.

For the present trial, investigators undertook a double-blind, randomised, placebo-controlled trial in adults with a BMI of 30 or more and tested three doses (5, 10 and 15 mg) of weekly tirzepatide. Enrolled participants were also required to have at least one weight-related complication e.g., hypertension, dyslipidaemia or cardiovascular disease. Individuals were randomised 1:1:1:1 to weekly tirzepatide at a dose of 5, 10 or 15 mg or placebo and doses were administered for a period of 72 weeks as an adjunct to a lifestyle intervention, which included lifestyle counselling sessions and advice to undertake at least 150 minutes of physical exercise per week. The coprimary endpoints were the percentage change in body weight from baseline and a weigh reduction of 5% or more at week 72. Secondary endpoints included weight reductions or 10%, 15% and 20% or more at week 72.

Overall, 57% of participants given 15 mg tirzepatide had a 20% or more reduction in body weight.

The drug had an excellent safety profile with adverse effects being generally mild to moderate in severity and largely gastrointestinal in nature. Adverse effects leading to treatment discontinuation occurred in 6.2% of those given 15 mg tirzepatide compared with 2.6% in the placebo group.

The authors concluded that once weekly tirzepatide resulted in substantial and sustained reductions in body weight.