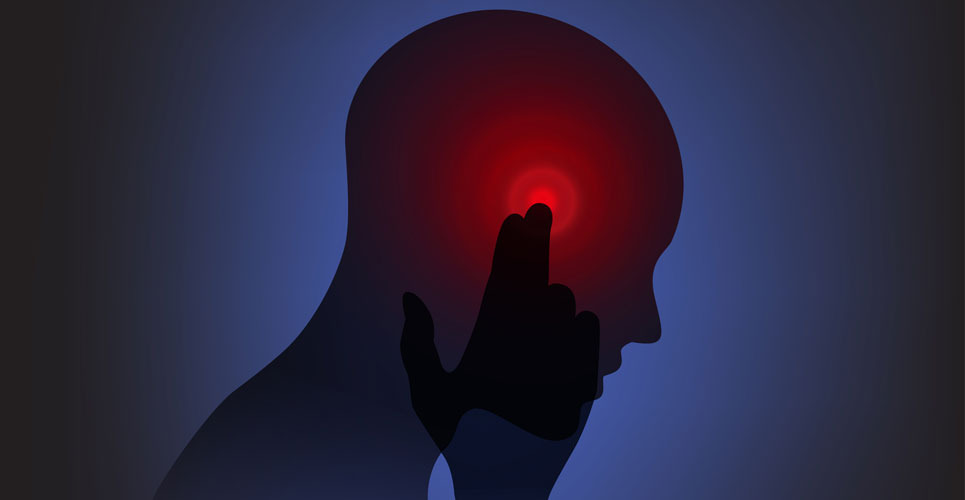 Increased intake of omega-3 augmented plasma levels of oxylipins implicated in the cause of migraine headaches.

Migraine is the third most common disease in the world, with an estimated global prevalence of around 1 in 7 people. It is known that the omega-6 (linoleic acid) and omega-3 fatty acids (present in oily fish can regulate several pain-related biochemical pathways because these acids are precursors for bioactive lipids, termed oxylipins (e.g., prostaglandins, leukotrienes). Furthermore, several omega-6 derived oxylipins have pronociceptive (i.e., pain promoting) effects and can increase trigeminal neuron excitability leading to neuralgia. In contrast, other data shows how omega-3 fatty acids positively impact on pain signalling. Since humans are unable to synthesise either the omega-6 or omega-3 fatty acids, the levels of these can be modified through dietary means. In a small randomised trial with 67 subjects who suffered from severe headaches, dietary modification that included an increased consumption of omega-3 fish and a reduced intake of omega-6 linoleic acid, resulted in an improvement in headaches and quality of life, with a reduction in psychological stress. However, given the small number of patients involved, the value of the intervention as a useful pain adjunct remains uncertain. The led to the present study by a team from the Lipid Peroxidation Unit, the National Institute of Ageing, Baltimore, US, to undertake a larger trial to assess the effectiveness of dietary fatty acid modification on the frequency and severity of migraine. Participants were assigned to one of three groups: H3 (increased intake of oily fish); H3-L6 (high oily fish and low linoleic acid) and a diet based on the average US intake of omega-3 and omega-6 which served as the control diet. Participants also completed a headache questionnaire which measured the impact of headaches on their ability to function at work and in social situations. The scores ranged from 36 to 78 with higher scores reflecting a greater impact from the headache on quality of life and a change of at least 1.5 on this score is deemed the minimally important clinical difference (MICD). In addition, plasma levels of the antinociceptive mediator, 17-hydroxydocosahexaenoic acid (17-HDHA) after 16 weeks, which together with the headache questionnaire, served as the primary outcome measure.

Findings
Overall, 182 participants with a mean age of 38.3 years (88% women) were randomised to one of the three diets and 141 (77%) completed 16 weeks of the intervention. The mean baseline score of the headache questionnaire was 62.7, which indicated that headaches had a severe impact on quality of life. After 16 weeks, both the H3 and H3-L6 diets led to a significant increase in 17-HDHA levels compared to the control group (p < 0.001). However, the overall improvement in mean headache scores, while not statistically significant for both fish diet compared to the control group, did reach the MICD, e.g., H3 (-1.5) and H3-L6 (-1.6). Furthermore, compared with the control diet, both fish diets did reduce total headache hours per day and the H3-L6 did reduced the number of headache days per month more than the H3 diet.

Commenting on their findings, the authors noted that while both fish diets did produce clinically relevant improvements in headache scores and that these differences were not statistically significant, participants did report reductions in the frequency and severity of headaches. They concluded that the results suggested a causal link between fatty acid intake a pain, i.e., increased omega-3 and reduced omega-6 and that this potentially offers a means of managing patients with migraines.