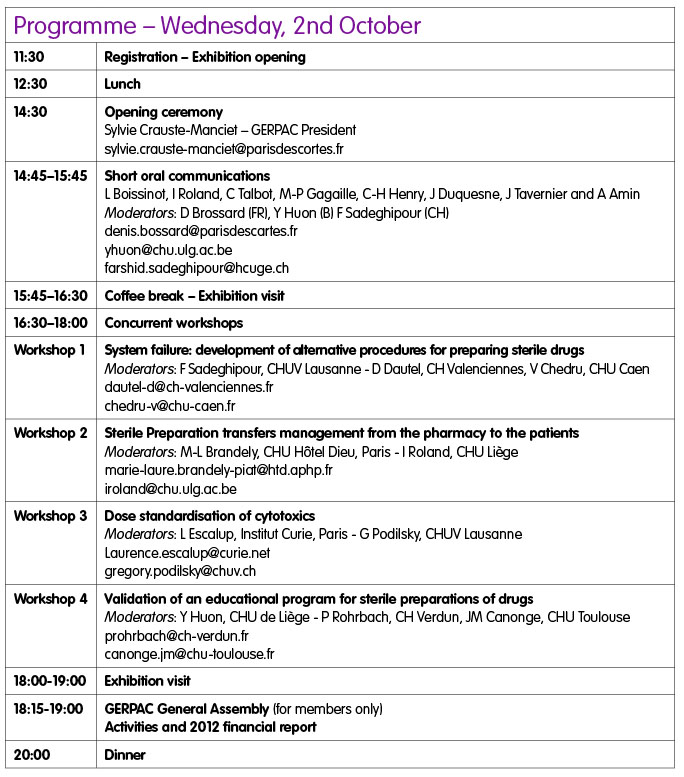 Dr Sylvie Crauste-Manciet and the GERPAC Board welcome delegates to the 16th GERPAC Conference, to be held at BELAMBRA, Presqu’île de Giens, Hyères-les-Palmiers, 2–4 October 2013.
The agenda will focus delegates on a reflection on how technology has defined the preparation of sterile drugs, and stimulate discussion of what the future holds.
A report of GERPAC 2013 will appear in the November/December issue of Hospital Pharmacy Europe.
GERPAC
GERPAC (Groupe d’Evaluation et de Recherche sur la Protection en Atmosphère Contrôlée) was formed in 1998 by a group of hospital pharmacists, university teachers and researchers. The group’s main area of interest is the preparation of pharmaceuticals in controlled environments such as isolators and controlled-atmosphere rooms. It promotes research and development in all aspects of pharmaceutical aseptic preparation and manufacturing.
See www.gerpac.eu