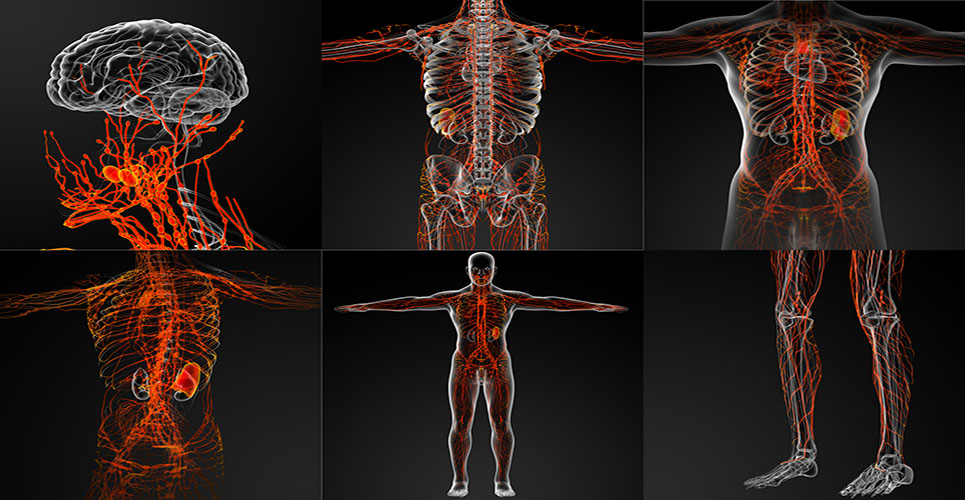 In 1996, two interferon beta (IFN beta) products were registered in Italy for the treatment of relapsing-remitting multiple sclerosis (RRMS). We were puzzled by the fact that they were registered with two very different doses and administration schedules. IFN beta-1a is given intramuscularly at a dose of 30µg once a week, while IFN beta-1b is given subcutaneously at a dose of 250µg every other day, corresponding to about 875µg per week: two very different dosages, even taking into account the chemical differences, the different routes of administration, and even the different specific antiviral activity (see Table 1).

[[HPE06_table1_15]]
Compliance versus efficacy?
The perceived benefits of convenience and fewer side-effects resulting from low-dose, once-weekly administration attracted patients and improved compliance. However, these perceived benefits could be offset by differences in relative efficacy. Clearly the issue of relative efficacy of IFN beta-1b and beta-1a in RRMS is important for both clinicians and patients.

We calculated evidence-based medicine (EBM) measures(1) from the published results of the two pivotal trials that led to the registration of the two IFN beta products in MS,(2,3) and realised that they showed somewhat different efficacy in both clinical and magnetic resonance imaging (MRI) outcome measures.

The INCOMIN trial
We thought it was time to carry out a direct clinical/MRI prospective randomised comparison of the two treatments: the INCOMIN trial.(4) The trial was independent from pharmaceutical company involvement, and was funded by the Italian Ministry of Health (ISS) and the Italian MS Society (AISM). The study included 188 patients with an Expanded Disability Status Scale (EDSS) score of between 1.0 and 3.5 and at least two relapses in the preceding two years who were randomised to treatment with either drug for two years.

Efficacy
Over the two-year trial period, every-other-day IFN beta-1b increased the proportion of patients without relapses (primary clinical endpoint) (+42%; p=0.03); without new T2 lesions at MRI (primary MRI endpoint) (+112%; p<0.0003); and without confirmed EDSS progression (+25%; p<0.005); and slowed time to confirmed disability progression (p<0.01) when compared with once-weekly IFN beta-1a (see Table 3). MS progression is characterised by the occurrence of new lesions seen on T2-weighted MRI scans. Occurrence of new T2 lesions is an extremely sensitive marker of MRI disease activity. Blinded assessment was limited to the MRI analysis, which was performed on a subset of patients (80%); however, ascertainment bias introduced by the open-label clinical evaluation was probably marginal because clinical results were extremely consistent with MRI results. Risk ratios and ARRs with every-other-day IFN beta-1b compared with once-weekly IFN beta-1a were all statistically significant and similar to those observed for multiple weekly injection IFN beta formulations compared with placebo in the pivotal trials.(2,3) NNTs were low, statistically significant, and fell within the range of those calculated from published data of all previous controlled trials of type I interferons in multiple sclerosis.(5)

Side-effects
Side-effects were consistent with those usually reported in IFN beta trials in MS, and their frequency was similar in the two treatment arms (see Figure 1). Only local skin reactions and neutralising antibodies to IFN beta were observed more frequently in IFN beta-1b-treated patients. Local skin reactions to IFN beta-1b tend to lessen with an improved injection technique. Neutralising antibodies have been associated with reduced levels of IFN-induced biological markers, but their effect on clinical response in MS patients remains controversial.(6,7)

The INCOMIN trial demonstrated over two years of follow-up that IFN beta-1b given at high doses and with frequent weekly administrations is more effective both in clinical as well as in MRI outcome measures than IFN beta-1a given at a dosage of 30µg once a week. The greater efficacy observed in the IFN beta-1b group was not achieved at the cost of reduced compliance. The results of this trial confirm the American Academy of Neurology Clinical Practice treatment guidelines.(8)

A comparison of two IFN beta-1a regimens
The greater efficacy of a treatment protocol with multiple weekly IFN beta administrations has been confirmed in a second head-to-head comparative trial, the EVIDENCE trial. Preliminary results from the trial, which is comparing three times weekly 44µg subcutaneous IFN beta-1a to once-weekly 30µg intramuscular IFN beta-1a, have been recently presented.(9) The multicentre, single-blinded study involved 677 patients followed up for one year. Clinical and MRI endpoints were extremely similar to those of the INCOMIN trial, and the results seem to confirm the superiority of the multiple weekly injection protocol over the single weekly dose. The evaluation of this trial will, however, be possible only when the results are published in a peer-reviewed journal.

OPTIMS: tailoring dose to patient response
A final issue should be addressed. Is the 250µg dose of IFN beta-1b good for all patients? Some patients do not respond to this dose: does this mean that they are an IFN nonresponder, or might they respond to a different dose?

In the pivotal IFN beta dose-finding study, performed in the late 1980s,(10) some patients were treated with a dose of 500µg. These patients experienced no relapses; however, there were only six patients in this group, and tolerability was not very good. We believe that the dose of IFN beta should be tailored to each patient. To address this issue we designed the Optimisation of Interferon in MS (OPTIMS) trial.

OPTIMS is designed to focus primarily on MRI outcomes. Patients are treated with the standard dose of IFN beta-1b (250µg every other day) for six months. Using serial MRI scans we can identify the MRI-nonresponders as patients with “persisting MRI activity”. This means that they develop at least one new gadolinium-enhancing lesion or T2 lesion during the six-month run-in period at IFN beta-1b standard dose. Patients experiencing a relapse during the same period are also, obviously, classified as non-responders. Nonresponders are then randomised to two treatment arms. In one, they continue to receive the IFN beta-1b standard dose. In the other, the dose of IFN beta-1b is increased to 375µg. These patients are then followed for a further six months using serial MRI scans. The scans will be compared between the two treatment arms (in a two parallel arm study design), as well as with the scans performed during the six preceding months, when they received the standard dose (in a single crossover study design).

The study includes several immunological assessments as well as open-label clinical evaluations. Currently, 200 patients have been enrolled into the study, and we expect recruitment to finish shortly. Since the study is ongoing, MRI and clinical data are not available, but some tolerability data are shown in Figure 2. By April 2002, 193 patients had been recruited, and 57 were randomised and had completed the second phase (the phase comparing 250 and 375µg doses of IFN beta-1b). The frequency and severity of side-effects did not increase in the 375µg treatment arm; side-effects observed at both dosages (250 and 375µg) were similar and were those typically observed during other trials of IFN beta in MS (see Figure 2). Even when switching the patients from 250 to 375µg we did not observe an increase in the frequency or severity of side-effects. On the contrary, as it might be expected for the tachyphylaxis of certain side-effects, such as flu-like symptoms, which tend to disappear with chronic IFN treatment, we observed a reduction in side-effect frequency comparing the same group of patients before and after switching from 250 to 375µg.

The reduction of side-effect frequency was due to the reduction of flu-like symptom occurrence. The 375µg dose is very well tolerated. In a few patients who do not respond to this higher dose, we are now testing a dose of 500µg of IFN beta-1b.

Conclusion
We must treat our patients with the best available treatment, and we must offer such a treatment to our patients as soon as possible. We do not know when and how severe the next relapse will be, and must assume that any relapse could be devastating for the patient. We must therefore start as soon as possible the treatment with IFN beta at the high dose administered several times per week. Such a treatment must be continued over the long term, even in those patients who respond well.

The 250µg IFN beta-1b dose might not be the optimal dose for all patients – some could benefit from a higher dose. At present, we can say that a dose of 375µg IFN beta-1b is very well tolerated over six months.