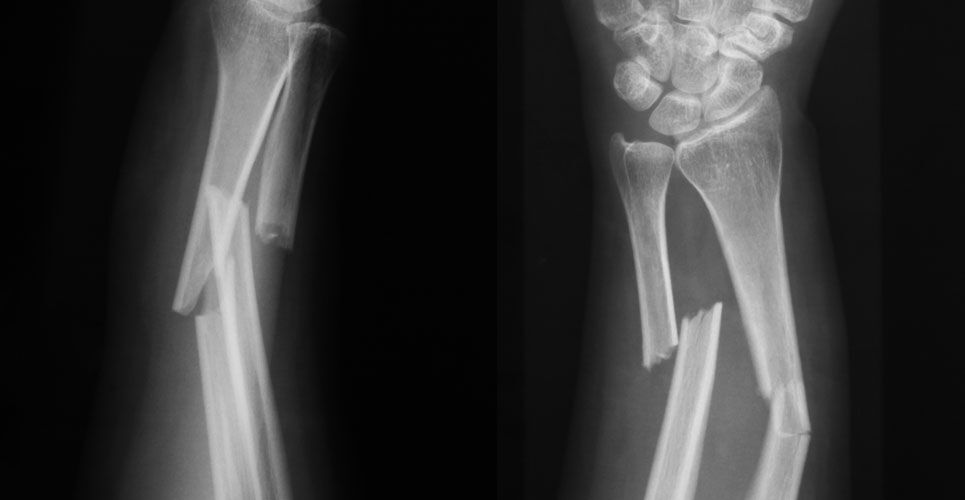 Among the different anaesthetic methods used in the closed reduction of paediatric foreman fractures, there is insufficient evidence to help clinicians in deciding which method to use. The was the main finding of a systematic review by researchers from the Yong Loo Lin School of Medicine, National University of Singapore, Singapore.

Paediatric diaphyseal fractures of the radius and ulna (bone forearm fractures) are the third most common fracture in the paediatric population, accounting for between 13 and 40% of all childhood fractures. Pain relief in the form of anaesthetics is required during the different management options for treating this condition and which include procedural sedation and analgesia (PSA), haematoma block (HB) and intravenous regional anaesthesia (IVRA). In a 2018 systematic review of PSA and HB, the authors concluded that HB was a safe and effective alternative to PSA among adult and paediatric patients. Other anaesthetic methods include infraclavicular blocks which involve the use of anaesthetics such as lidocaine and prilocaine and residual neuromuscular block. However, the relative efficacy of these methods has not been assessed.

For the present study, the Singaporean team sought to synthesise the current evidence from randomised controlled trials to determine the most effective analgesia with respect to pain reduction within an emergency care setting for the closed reduction of paediatric forearm fractures.

The researchers undertook a review in all of the main databases including PubMed and EMBASE and focused on randomised trials including patients under 18 years of age with a forearm fracture treated with closed reduction within emergency departments. Additional criteria applied were that these studies should involve at least one comparison of different methods. The team set the primary outcome as pain during reduction and several secondary outcomes including of pain after reduction, adverse effects, satisfaction, success of reduction.

Anaesthetic methods and pain during reduction

A total of 9 studies including 936 patients were included in the final analysis. All of the studies were single centre, randomised trials and compared different aspects including the main methods of anaesthesia, the drugs used, administration route and the use of adjuncts.

However, for the primary outcome of pain during reduction, all of the included trials were considered to be at risk of bias and consequently, given the high degree of heterogeneity, a meta-analysis of the finding was not undertaken.

In trying to pull together the disparate findings, the authors noted the infraclavicular block seemed to result in better pain outcomes, satisfaction scores and fewer cases of hypoxia compared with PSA in one of the studies. In addition, lidocaine led to better pain outcomes compared to prilocarpine when used in IVRA in another study. The researchers added that the quality of the evidence was generally low.

In their conclusion, the researchers suggested that infraclavicular block should be further investigated and that more adequately powered trials using standardised methods are required. However, there was a distinct lack of good quality evidence to inform the anaesthesia decision-making process. They suggested that more valuable evidence would likely arise after publication of the results of an on-going trial to evaluate the sedative and analgesic effects of intranasal Dexmedetomidine in children undergoing conscious sedation for reduction of closed distal forearm fractures compared to intravenous ketamine.

Be in the know
Subscribe to Hospital Pharmacy Europe newsletter and magazine
Subscribe
Share this story:
RELATED ARTICLES
‘Technology is drug firms’ future’
Pixuvri approved for use in Europe
Developing a guideline for severe pre-eclampsia
AF patients say ‘yes’ to the freedom that self-monitoring gives them
Pfizer moves forward with MRSA drug