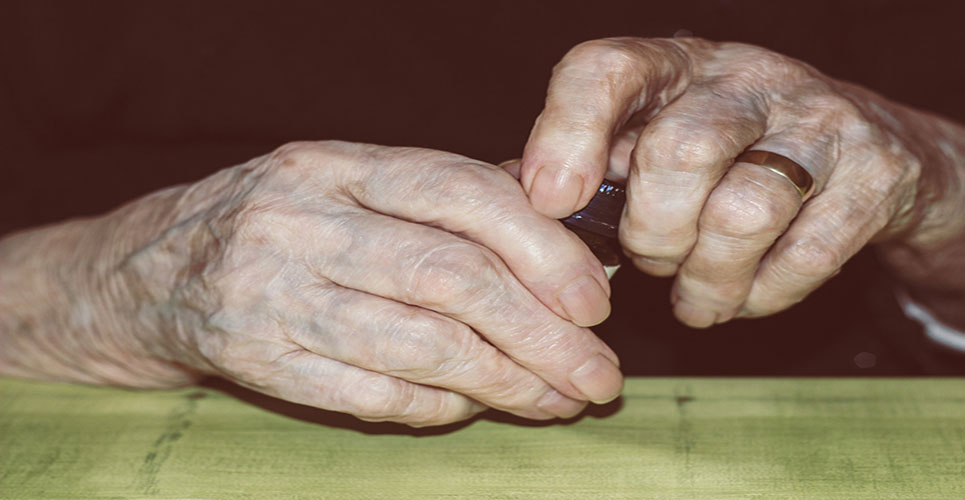 Antidepressant use in the elderly: key issues

It is a significant concern that depression is still underrecognised and undertreated in the elderly. There have been a modest number of clinical trials of antidepressants in geriatric depression, primarily examining tricyclic antidepressants (TCAs) and selective serotonin reuptake inhibitors (SSRIs). This article provides information concerning the nature of geriatric depression and practical treatment recommendations.

Prevalence of late-life depression
Depressive disorders with the essential features of depressed mood or loss of interest or pleasure in nearly all activities are very frequent in the general population and carry significant risks (see Table 1).

The prevalence of depressive disorders varies depending on the setting, being higher in settings where comorbid physical illnesses are more common. For elderly patients, the reported prevalence of all subgroups of depressive disorders (including subsyndromal depression) ranges between 11.5% and 26.2%.(2) Major depression affects about 15% of elderly patients in long-term care.(3) Often, depression coexists with one or more medical conditions that are associated with aging. The prevalence of depression in people with diabetes varies from 8.5% to 27.3%.(4) Depression affects 40–50% of Parkinson’s disease patients.(5) Prevalence of comorbid depression in stroke patients has been estimated as between 22% and 30%. Other medical conditions frequently associated with depression in the elderly are myocardial infarction (prevalence of comorbid depression: 18%), hip fracture (51%) and chronic pain (50%).(6)

Challenges of diagnosis
Depression in geriatric patients is often not identified. This may be the result of multiple factors. Elderly patients with depression may present with a variety of physical complaints, and depression may not always be the most obvious diagnosis. In addition, depressive symptoms are often considered (by the patient and clinicians) as understandable reactions to the process of aging or as a response to a coexisting medical condition. The painful loss of important social relationships or personal abilities belongs to the natural process of aging and may induce a clinically relevant depressive disorder.(7,8)

Major depressive disorder is an episodic condition lasting six months or longer if untreated, and may lead to a life-threatening condition. Therefore it is important to improve the detection of depression. One possibility is to routinely screen patients in medical settings to identify those who would benefit from antidepressant programmes. There are only a few studies that target older primary care patients – one example is the PROSPECT Study.(10) Screening questions should focus on current symptoms, but should also recognise those patients with partial remissions and those who, as a consequence of their previous medical histories, are vulnerable to recurrences of depression.(10) Many screening depression questionnaires are available for use in nonpsychiatric settings, such as the Brief Patient Health Questionnaire (B-PHQ)(11) and WHO-5 (Well-Being Index).(12)

Special attention must be paid to the risk of suicide in elderly depressive patients. With growing age, the ratio of suicide attempts to completed suicides slides towards an increase of completed suicides. The elderly have the highest suicide rate of any age group. Depressive patients should be asked directly whether there are thoughts of death or suicidal acts, or whether suicide attempts have been made.(13)

Treatment options: risks and benefits
Antidepressants have proved effective and beneficial in late-life depression, either alone or in combination with psychotherapy. The goals should be to achieve remission of symptoms and to prevent recurrence. Another important aspect is the reduction of healthcare costs. Different studies confirm the therapeutic benefit of antidepressant pharmacotherapy in the depression of the elderly patients. Consistent clues concerning significant differences of efficacy among different classes of antidepressant compounds, such as TCAs, SSRIs or monoamine oxidase inhibitors (MAOIs), could not be identified.(14-16) Therefore the choice of the antidepressant compound depends on aspects of individual tolerance, which is mainly influenced by comorbidity and comedication. Of course, there should be a minimum number of adverse drug effects and a low potential for drug interactions. Serum levels of the different antidepressants as well as typical adverse events should be controlled carefully on a regular basis.

Tricyclic antidepressants
The effectiveness of TCAs in elderly patients appears to be similar to that in younger patients. When a TCA is to be prescribed, a secondary amine such as nortriptyline or desipramine is preferred.(17) These drugs seem to be favourable in terms of tolerability in geriatric depression.

Cardiac arrhythmia can be caused by a quinidine-like effect. The potential of TCAs to prolong QRS- and QT-intervals makes them less appropriate for use in patients with cardiovascular disease. The cardiotoxicity of TCAs is also the cause for the potentially lethal effect of a high-dose intoxication, for example when taken with suicidal intent (the single intake of the amount prescribed for a one-week treatment can be life-threatening).

Several trials comparing TCAs and SSRIs have shown that TCAs are equivalent to SSRIs in efficacy in the elderly, although other studies have suggested TCAs to be more effective than SSRIs in the treatment of severely depressed, hospitalised patients.(16) In a study of 115 elderly depressed patients, mirtazapine, a newer antidepressant drug with a pharmacological profile different from the TCAs or SSRIs, and the TCA amitriptyline were of similar efficacy and safety.(18)

Selective serotonin reuptake inhibitors
The SSRIs, as well as the selective and reversible MAO-A inhibitor moclobemide, are often considered to provide a better tolerability than TCAs for elderly patients. On the other hand, the use of SSRIs is associated with high incidences of gastro­intestinal events (such as nausea, diarrhoea and vomiting), insomnia, agitation, headache and weight loss. An important disadvantage of the SSRIs is their propensity for interactions with other drugs. The likelihood of pharmaco­­kinetic drug interactions differs between the SSRIs, so it seems that there are advantages for sertraline.

The development of hyponatraemia is less common.(19) Hyponatraemia has been reported with all SSRIs and also with venlafaxine. The risk of developing hypo­natraemia while taking an SSRI seems to increase with age, female gender and the concomitant use of other medications known to induce hyponatraemia. The sodium levels of most patients with SSRI-associated hyponatraemia return to normal within days or weeks of stopping SSRIs.

A very serious side-effect is a serotonin syndrome with the possibility of disturbances of orientation, myoclonia, enforced tremor or dizziness. SSRIs and MAO-A inhibitors should never be combined, because of the increased risk of inducing a serotonin syndrome as a result of a pharmacodynamic interaction.

An advantage of the SSRIs is the rather simple dosing pattern (Table 3) in comparison with the more complex dosing pattern associated with use of the TCAs.

Bupropion
Bupropion exerts its effects primarily through noradrenergic systems, although it also has dopaminergic activity. It is the prototypical agent of the norepinephrine and dopamine reuptake blocker (NDRI) group. It has been discovered that bupropion is metabolised to an active metabolite, which is not only a more powerful NDRI than bupropion itself, but is also concentrated in the brain.(21) The efficacy and dosing patterns were examined in a naturalistic 12-week study with a population of 37 elderly patients suffering from major depression. The main finding was that older patients responded well to bupropion. Worsening of insomnia, restlessness and sustained agitation were mentioned as side-effects.

Caution about coadministration of bupropion and an SSRI is warranted. Both bupropion and its active metabolite inhibit cytochrome P450 D6 in vitro. Interactions with those SSRIs that are metabolised by this enzyme (eg, fluoxetine or paroxetine) are possible.(22)

Lithium exerts its beneficial effects in many disorders both as an adjuvant to another treatment modality (such as in the case of unresponsive major depressive disorder) and as firstline drug in maintenance treatment of major depression and bipolar I disorder (mood stabiliser). If using lithium, it is vital to take into account that the progressive decline in renal function with age will result in lower elimination of drugs that are partly or completely renally cleared. Lithium will require a longer time to reach a steady-state concentration in the body upon chronic dosing and the absolute steady-state concentration will be higher for a given daily dose in the elderly. Thus, elderly patients require a dosing different from younger adults and careful monitoring (clinical symptoms, plasma levels, electroencephalogram). Lithium should be administered with a lower starting dose in elderly patients.

Depression and physical comorbidity
The hydrazine MAOIs potentiate animal models of hypoglycaemia. Thus, MAOI use can be considered as limited in treatment of depression in patients with diabetes. TCAs may lead to hyperglycaemia, carbohydrate craving and, as already mentioned, to impaired cognitive function.(4) SSRIs may be hypoglycaemic and anorectic but possibly improve alertness. In any case, antidepressant treatment influences diabetes management and requires careful attention. All aspects taken together, especially the influence of antidepressant compounds on cognitive functions, SSRIs should be considered in preference over the TCAs.

Depression in idiopathic Parkinson’s disease is undertreated.(5) Clinical trials are needed to determine the risk–benefit ratio of different drug regimens. Case reports indicate that SSRIs can potentially worsen the motor symptoms of Parkinson’s disease; this effect has not been confirmed in some open-label studies. TCAs such as nortriptyline may improve motor symptoms. A treatment with a reversible and selective MAOI (moclobemide 300mg/day) has been recommended. There are no data on the more recently launched antidepressants, such as venlafaxine and mirtazapine.

The future
Studies are urgently needed to establish the long-term efficacy of different antidepressants in geriatric depression, since depression has to be considered as a recurrent or chronic disease. Furthermore, studies are needed to test the efficacy and the optimal dose, especially of the newer antidepressants, in the elderly. All of these studies should be designed to differentiate pharmacokinetic and pharmacodynamic contributions of a particular drug in the elderly, so that more precise recommendations can be given to the physicians prescribing antidepressants.

Conclusion
The psychopharmacological treatment of geriatric depression should always be part of a complex individual programme, which also includes psychosocial approaches and psychotherapy. The choice of an appropriate antidepressant medication will always depend on the existing comorbidity, the comedication and the history. It is important to recognise and to treat geriatric depression, because the benefits of treatment outweigh potential risks.