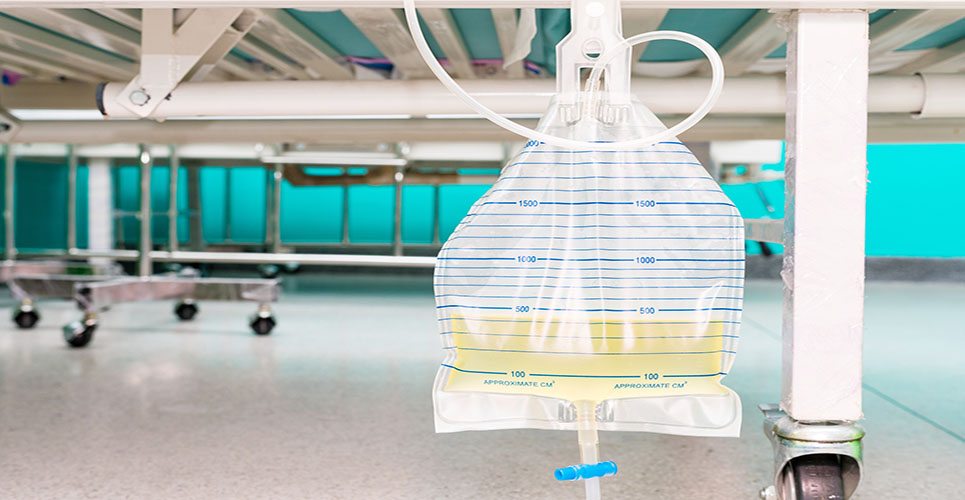 Drugs that have specific effects on the bladder and urethra also affect other tissues or organs. Antimuscarinic drugs are used in the first-line treatment of overactive bladder syndrome, which is defined by the International Continence Society as the symptoms of urgency, urinary frequency and/or urge incontinence.(1) The overactive bladder syndrome affects over 15% of the population, with increasing prevalence with age.(2,3) Many sufferers do not seek help due to the taboo of the disease. In addition, incontinence is a major drain on the healthcare system due to pad use, which leads to an enormous reduction in quality of life for the sufferers.(2)

Anticholinergic drugs are thought to act by blocking the parasympathetic nerves’ ability to stimulate the detrusor muscle. Blocking this stimulation should lead to a decrease in the contractile force of the bladder, especially during voiding, which has not been demonstrated.(4) However, antimuscarinic drug treatment appears to affect mainly bladder filling in between voids by increasing the bladder capacity and decreasing the sensation of urgency.(5) This observation is strange because the main mode of action should be directly on the detrusor muscle. This suggests that the pathological condition has a different balance of receptors from the nonpathological state.

Although muscarinic type 2 (M(2))-receptors are the predominant cholinergic receptor in the bladder, the smaller proportion of M(3)-receptors is thought to be functionally more important and to mediate the direct contraction of the detrusor muscle. If blocked, M(2)-receptors could modify detrusor contractions by several mechanisms, and may alter bladder contraction in pathological states, such as spinal cord injury. Prejunctional inhibitory M(4)- or M(2)-receptors and prejunctional facilitatory M(1)-muscarinic receptors in the bladder have also been reported, but their impact on the clinical effectiveness of antimuscarinic drugs is unknown.

Antimuscarinic drugs
Antimuscarinic drugs produce peripheral side-effects, such as dryness of the mouth, constipation, tachycardia and blurred vision. The balance between efficacy and side-effects is important, as treatment is often long-term. Binding and functional affinities of the muscarinic acetylcholine (mACh) receptor antagonists darifenacin, tolterodine, oxybutynin and atropine have been assessed in Chinese hamster ovary (CHO) cells expressing the human recombinant M(2) (CHO-m2) or M(3) (CHO-m3) receptors. Darifenacin was the most M(3)-selective antagonist (32.4-fold), whereas oxybutynin, atropine and tolterodine exhibited lesser selectivity. Functional affinity estimates in guinea-pig urinary bladders and submandibular salivary glands using indices of phosphoinositide turnover revealed that oxybutynin, darifenacin and tolterodine each displayed selectivity for the response in the bladder (relative to that seen in the submandibular gland [9.3-, 7.9- and 7.4-fold, respectively]), whereas atropine displayed a similar affinity in both tissues. These data demonstrate that, in the bladder, compared with the submandibular gland from a single species, the mACh receptor antagonists darifenacin, tolterodine and oxybutynin display selectivity to inhibit agonist-mediated phosphoinositide responses.(6)

In clinical studies, tolterodine, a nonselective muscarinic antagonist, is as effective as oxybutynin but induces less dry mouth.(7) Intravesical, intravaginal and rectal administrations of oxybutynin have all been reported to cause fewer side-effects. This is due to the avoidance of the first-pass metabolism in the liver, leading to lower peak levels of the main metabolite, which also produces the side-effects.(8) Both tolterodine and oxybutynin are now produced as slow-release formulations. Use of these drugs has led to lower peak levels and higher trough levels of the drugs, as well as single daily dosing.(9) This has resulted in the reports of reduced side-effects and greater efficacy, particularly in reduced incontinence episodes.(10)

Theoretically, drugs with M(3)-receptor selectivity should have better clinical efficacy for detrusor overactivity, with fewer adverse events related to the blockade of other muscarinic receptor subtypes.(11) The use of darifenacin, a new M(3)-selective antagonist, has now been reported in clinical placebo-controlled trials, but comparative studies are awaited to determine whether selectivity leads to better efficacy and tolerability for the overactive bladder.(12) Solifenacin (YM905), a long-acting muscarinic receptor antagonist with some selectivity for M3-receptors, has also been developed for the treatment of overactive bladder and shows great promise.(13)

Many new drugs are now being developed for the treatment of overactive bladder, which leads to a greater choice of drug for the individual patient.