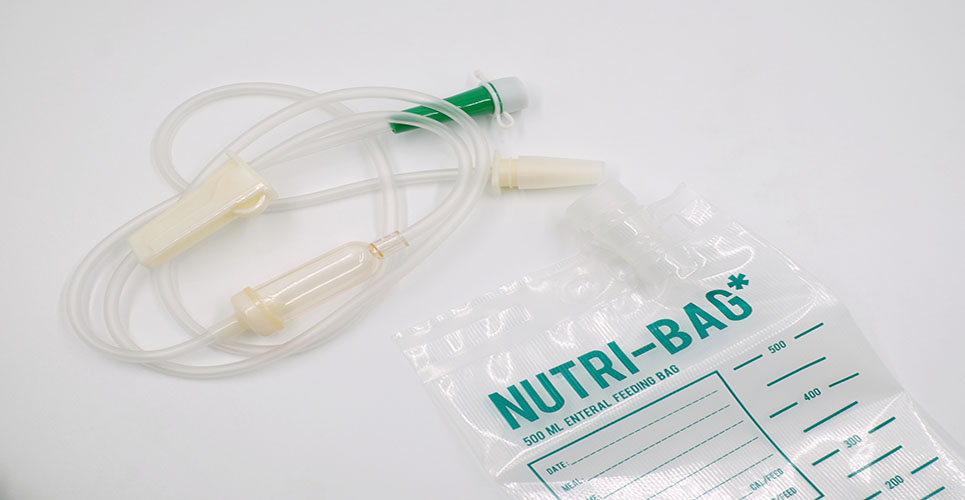 Intravenous fluids are used routinely in hospital for the prevention or treatment of hypovolaemia. The most commonly prescribed fluid for this purpose worldwide is 0.9% sodium chloride solution, commonly termed ‘normal saline’. When given in large volumes, this fluid can cause hyperchloraemic metabolic acidosis. Other fluids exist, called balanced fluids, which are closer in composition to the plasma that they aim to replace.

The administration of intravenous fluids is a routine treatment for the correction of hypovolaemia, either in the acutely unwell patient or for anyone undergoing major surgery. As such, intravenous fluids are among the most commonly prescribed drugs in hospital.

There is a number of options that the prescriber has when considering the type of fluid to give, depending upon the goal of the therapy and the condition of the patient; but the principal aim is to correct the underlying condition and normalise the physiology as much as possible.

When prescribed for the hypovolaemic patient, intravenous fluids restore intravascular volume by splinting the circulation for a period of time to allow for physiological compensation or more definitive treatment. Intravenous fluids in these circumstances have the advantage of being efficacious, safe, cheap and are easily available when compared to blood product transfusion. Ideally, as described previously,[1] the fluid should be free of adverse effects and would not upset homeostatic mechanisms.

In their most basic form, intravenous fluids can be manufactured by the addition of soluble minerals to water, making a crystalloid solution. For example, 0.9% NaCl (normal saline, NS)  is constituted by adding 9g of sodium chloride to one litre of water, making a solution of 154mmol of both sodium and chloride per litre.

History
Sydney Ringer is regarded as the late nineteenth century pioneer of the effects of electrolyte solutions on living tissue. His work was said to have been inspired when his laboratory assistant accidentally substituted tap water for distilled water in an experiment- he noticed the difference on cardiac muscle when the water was administered into the circulation of a frog. He went on to show that precise concentrations of ions were required to optimise tissue function, and it was from this that he formulated his eponymous solution, a mixture of sodium, potassium and calcium chlorides.[2,3]

The founder of what we now call balanced fluid therapy was Alexis Hartmann, an American paediatrician and biochemist who, in 1932, modified Ringer’s Solution by adding sodium lactate, a physiological buffer, with the aim of counteracting acidaemia in his paediatric patients. His promising results led him to  advocate resuscitation with a fluid containing proportionately more sodium than chloride, despite the ubiquity of saline-based solutions in use at the time. Today’s commonly used compound sodium lactate solution is still called Hartmann’s solution.[4]

Physiology of electrolytes and acid base
The pH of normal human plasma is tightly regulated between 7.35 and 7.45. The reason for this control is that many of the homeostatic processes in the body are controlled by enzymes whose function is sensitive to the concentration of hydrogen ions. See figure 1.

The precise mechanism by which pH is regulated in the body is complex and a number of models have been described, but the mechanism by which anion concentration can affect pH is best explained by Stewart’s physicochemical theory of acid base.5 Stewart demonstrated that one of the main determinants of pH in plasma is the balance between fully dissociated anions and cations, which he termed the Strong Ion Difference (SID). In extracellular fluid this approximates to the difference between sodium and chloride concentration (See figure 2).

In healthy humans this difference is approximately 40mmol per litre, and so the SID is said to be 40.  According to Stewart’s model, which is based upon physicochemical principles, acid-base physiology is dependent upon the balance of charges in solution.  A positive SID must be balanced by an equal and opposite charge difference-namely a difference in the concentrations of hydrogen ions and hydroxyl ions.  Hence a solution with a SID of 40 (for example, normal plasma), must have a net increase in hydroxyl ions in comparison to the hydrogen ion concentration to counterbalance it: in other words it will be a slightly alkaline solution with a pH of 7.4- that of normal plasma. In contrast, 0.9% saline solution, when viewed from this perspective, has a SID of zero, as it has equal concentrations of sodium and chloride ions.

The electrolyte content of human plasma is compared to saline, and some physiologically balanced solutions (Hartmann’s solution, Ringer’s acetate and Plasmalyte 148) in Table 1. In some circumstances, such as during septic shock or after major trauma, a high volume of intravenous fluid resuscitation will be required in a short time. When this happens the plasma will be significantly diluted by the intravenous fluid being given, such that the electrolyte composition of the plasma comes closer to that of the fluid given. When normal saline is infused into a physiological milieu in large volumes, it will reduce the SID of the plasma, by increasing the plasma chloride concentration relative to the plasma sodium concentration. In these circumstances, homeostatic imbalances can arise due to metabolic derangements as a result of electrolyte imbalances: the classical metabolic derangement described after an infusion of large volumes of saline is hyperchloraemic metabolic acidosis. In contrast, when analysing a balanced fluid such as Hartmann’s Solution with Stewart’s physicochemical theory of acid-base, it can be seen that the difference in sodium and chloride concentrations leads to a SID of 20, and hence the problems of hyperchloraemia will be reduced. Another way of understanding the reason why balanced fluids do not cause metabolic acidosis is to consider that they contain a physiological buffer in the form of a bicarbonate precursor (lactate or acetate) as a substitute for some of the chloride. Lactate is usually converted to bicarbonate in the liver, whereas acetate is metabolised by muscle and peripheral tissues without solicitation of the liver.

There are other notable differences in the composition of these balanced fluids: they have a variable amount of other electrolytes in them, such as potassium, magnesium and calcium, which more accurately reflect the composition of plasma.
Experimental observations
Serum chloride correlates well with plasma pH and Base Excess (BE) in both experimental models and clinical trials. A number of clinical trials have demonstrated that hyperchloraemic metabolic acidosis is a predictable and dose-related consequence of large volume infusion of saline-based intravenous fluids;[6] indeed this is probably the most common cause of hyperchloraemia.[7] Hyperchloraemia per se has not been linked with increased mortality in humans, unlike hyperlactataemia. A study in healthy volunteers  showed an association between infusion of NS and effects such as subjective mental changes and abdominal discomfort. The use of balanced salt-based solutions in elderly surgical patients may be associated with better splanchnic perfusion than NS-based solutions. In addition, animal studies have shown a sustained renal vasoconstriction due to hyperchloraemia.

Hyperchloraemic acidosis is a metabolic acidosis, and therefore by definition reduces the BE.

A reduced BE is often considered a surrogate marker of tissue hypoperfusion, therefore an acidosis which is paradoxically produced by administering fluids with the aim of improving perfusion may cause the prescriber to make inappropriate clinical decisions due to the erroneous presumption of apparently worsening hypovolaemia.

Over the past few years, the effects of balanced and non-balanced fluids have been investigated and compared in a number of in-vitro, animal, and healthy volunteer studies. The last decade has also seen the publication of several clinical trials in adult surgical patients examining patient outcome, but the trials differ in outcome variables, case mix, size and quality, and do not deliver any clear messages about severe morbidity and mortality. The long-term clinical effects of balanced and non-balanced fluids on adult surgical patients are therefore uncertain. However a clear benefit of physiologically balanced solutions is the avoidance of short-term acid-base disturbances.

Conclusion
Balanced intravenous fluids have the theoretical benefit over saline-based solutions of not causing hyperchloraemic metabolic acidosis. There is a number of clinical trials which report an increased incidence of adverse surrogate outcomes using saline compared to balanced fluids but the trials have not demonstrated a difference in mortality or in major morbidity. Recent guidelines on intravenous fluid therapy suggest that in routine clinical practice balanced fluids are chosen in preference to saline-based fluids for intravenous resuscitation.