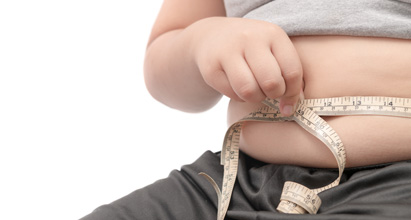 The Health and Social Care Committee has called on the UK government to make it clear that childhood obesity is “everyone’s business”.

The Health and Social Care Committee has called on the UK government to make it clear that childhood obesity is “everyone’s business”.

The Committee’s report Childhood Obesity: Time for Action, published 30 May, recommends an effective childhood obesity plan with a joined-up, ‘whole systems’ approach that focuses particularly on tackling the ever-widening health inequality due to childhood obesity between the richest and poorest areas.

The Government is expected to shortly publish a refreshed version of the childhood obesity plan – first published in summer 2016. The committee has identified several key areas that demand attention as a matter of urgency by the government before the next chapter of the plan is finalised.

It said the government must ensure regulation restricts the discounting and price promotions that drive higher volumes of consumption of unhealthy food and drink. This does not need to make food more expensive, as retailers could change their offers to healthier products, the report noted.

The committee also urged the government to “level the playing field” for retailers and act to ban confectionery and other unhealthy foods from the ends of aisles and checkouts.

Current progress on labelling in the UK is reliant on voluntary commitments and is therefore not universally applied. Calorie labelling at point of food choice for the out-of-home food sector would provide basic information to enable healthier choices, the report suggested.

The committee called for targets to improve rates of breastfeeding, to combat childhood obesity and urged for a full and timely implementation of all of the school-centred measures contained in the original 2016 Child Obesity Action Plan. Local authorities need to be allowed to limit the proliferation of unhealthy food outlets in their areas and the prevalence of HFSS food and drink billboard advertising near schools, it said.

“Existing powers are not sufficient and we again call for health to be made an objective within the planning system in order to give local authorities the tools they need to make effective changes at local level” the report stated.

The government must ensure there are robust systems in place to not only identify children who are overweight or obese, but to ensure that these children are offered effective help in a multidisciplinary approach, and that service provision extends to their families.

Children at risk of obesity should be identified at an earlier stage and they and their families able to access the right help. “Prevention of obesity however is everyone’s business and the widening health inequality can no longer be ignored”, the report stated.

Chair of the committee, Dr Sarah Wollaston MP, said: "Children are becoming obese at an earlier age and staying obese for longer. Obesity rates are highest for children from the most disadvantaged communities and this unacceptable health inequality has widened every year since records began. The consequences for these children are appalling and this can no longer be ignored.

“We want to see a whole systems approach and for local authorities to be given the powers they need to reduce childhood obesity in their communities. Health needs to be made an objective within the planning and licensing system.”

Dr Wollaston urged the government to act to “protect children by banning the offers and displays that push high volume sales and impulse buying of junk food and drink. I welcome the sugary drinks levy that has already played a vital role in driving reformulation and call for this to be extended to milky drinks which contain added sugar”, she said.

Responding to the new report, Cllr Linda Thomas, vice chair of the LGA’s Community Wellbeing Board, said: “Doing nothing is not an option. Without action, and unless councils have more powers, the health of individuals will continue to suffer, health inequalities associated with obesity will remain, and the economic and social costs will increase to unsustainable levels.”