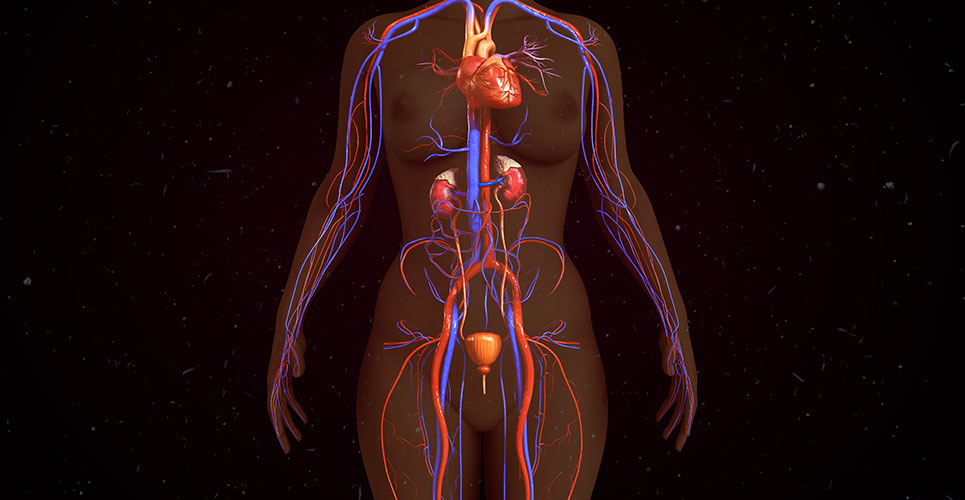 The overactive bladder (OAB) is characterised by abnormal increases in pressure during bladder filling. These increases are due to contractions of the detrusor muscle, which forms most of the bladder wall. Such contractions are demonstrated by urodynamic studies and cannot be voluntarily inhibited.

Because the uninhibited bladder contractions happen before the bladder is full the sufferer will have increased frequency of micturition by day and night. There is urgency because the contractions produce a strong desire to void. In severe cases urgency will lead to urge incontinence. Whether or not the sufferer is incontinent depends not only on the severity of the urgency, but also on factors such as impaired mobility or vision. Many sufferers can avoid incontinence only by never being far from a toilet.

Bladder overactivity is said to affect 10% of men and 29% of women at some stage in their lives. Most have mild symptoms which they control by adjustments to their living patterns. Others suffer disruption of their social, family and working lives. A few become “urinary cripples”, confined to home and isolated by urinary incontinence.

Pathophysiology
Motor control of the detrusor is by the parasympathetic nervous system, the transmitter being acetylcholine (ACH) acting on muscarinic receptors. Theories of the causes of OAB include increased sensitivity of muscle receptors to ACH, and abnormal connections between muscle fibres, allowing abnormal activity to spread. Most overactivity is “primary” (ie, of unknown cause), but in middle-aged and elderly men it may be caused by obstruction of the bladder outflow by prostatic enlargement. It is important to recognise obstruction as it is a contraindication to the main treatment – anticholinergic drugs. When overactivity is associated with a disease of the nervous system, the term “hyperreflexia” is used.

Control by medication
The mainstay of treatment is by anticholinergic drugs (Table 1). Before using anticholinergic drugs in middle-aged and older men, significant bladder outflow obstruction should be excluded by ultrasound measurement of residual urine volume, to avoid causing acute or chronic urinary retention.

Antimuscarinic side-effects are common, a dry mouth being the most troublesome. It may become more tolerable if the patient persists with the medication. Prolonged release forms have significantly reduced side-effects.

Assessing the response to anticholinergic drugs can be difficult as the placebo response rate is about 32%.

Many of these drugs seem to lose their effects with time. When this happens, or when there is little or no response initially, changing to another drug may produce a good response. Lack of response, or reduced response with time, might be due to the existence of neurotransmitters other than ACH, such as purines, nitric oxide and vasoactive intestinal polypeptide.

Bladder retraining
Since the work of Frewen,(1,2) it has been shown that re-educating the bladder to hold more urine, and suppression of the desire to void, can be achieved by several methods of bladder retraining. These include conversion of the pressure rise to an audible or visible signal that the patient tries to suppress,(3) and hypnosis.(4) These methods are very demanding of staff time and the effect is rarely maintained after the patient is discharged from specialist supervision, suggesting that the time and ­attention given to the patient are important.

Anticholinergic drugs and retraining
Using anticholinergic drugs to help the patient with a simple regime of self-supervised bladder training is very effective. One simple regimen involves postponing micturition by increasing intervals. This is done even at the risk of wetting and should start at a time when the patient can remain at home if necessary. The patient postpones micturition by one minute after the urge to void is felt. When this is comfortably achieved the postponement time is lengthened, by increments of one minute. Many patients can increase their postponement interval to 30 minutes over several weeks. They can then withdraw the anticholinergic medication, keeping a small supply for use on occasions when additional ­confidence is needed.

In a very few patients, implanted electrical devices can be used to stimulate nerve pathways that inhibit bladder activity. On the same principle, TENS machines placed over the sacral segments have been helpful.

Treatment for the neuropathic bladder
Detrusor hyperreflexia often responds poorly to oral anticholinergic drugs. Intravesical oxybutynin can help.(7) In neuropathic bladders detrusor activity is initiated by stimulation of C-fibre afferent nerves. Capsaicin (the “burning” component of chillies) can be instilled into the bladder to desensitise these fibres.(8) Other botanical compounds are under investigation.

Specific treatment for nocturia
Many patients who can cope by day find nocturia troublesome. An additional anticholinergic drug taken in the evening may be helpful, especially if it has sleep-inducing properties, such as amitriptyline or imipramine. Others may be helped by a very short-acting diuretic (eg, bumetanide 1mg) taken in the evening, which produces a brisk diuresis. If these fail, a synthetic analogue of antidiuretic hormone (desmopressin) can be used intranasally or orally half-an-hour before going to bed.(9) There is a risk of hyponatraemia, especially in the elderly. Desmopressin is currently not licensed for this indication in some countries (including the UK) and has to be prescribed.

Surgical measures
Many patients are, or become, refractory to medication and are not helped by physiotherapy or electrical stimulation. Overdistension of the bladder under anaesthesia will help some, but the effect is always temporary. When quality of life is poor, surgical procedures may be justified if the patient has been advised of the risks. Procedures include:

These measures are not always successful, and the ultimate solution for a few desperate sufferers is a urinary diversion. All these operations have risks and side-effects, including a high incidence of renal impairment after 15–20 years, and a risk of cancer in the bowel segment, but those whose lives are ruined by urinary incontinence may consider this a price worth paying for 10 years or more of freedom while they are relatively young.

Conclusion
Anticholinergic medication combined with patient-performed bladder retraining, is the mainstay of treatment for the OAB. It will be so until we properly understand the nature and causes of this common, complex and troublesome disorder.