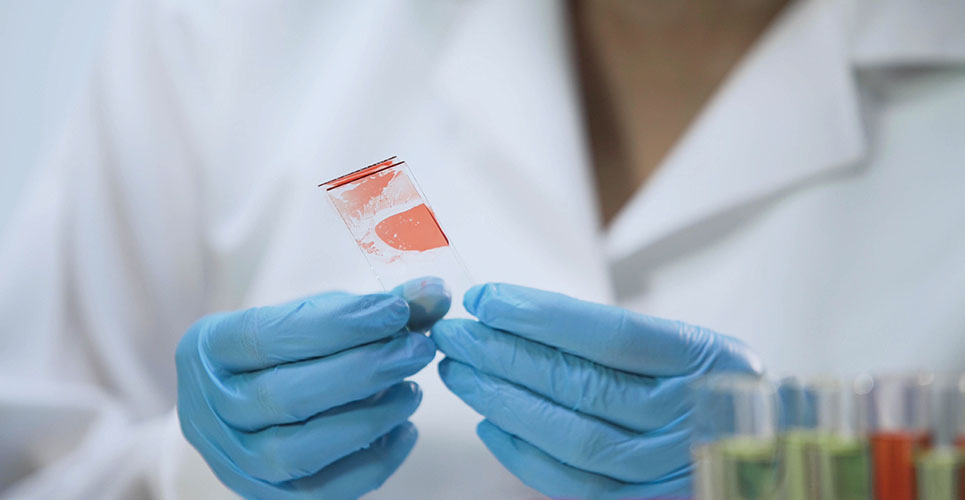 Despite the success of currently available antiretroviral therapy in decreasing morbidity and mortality, treatment of HIV infection still lacks sufficient potency and durability. Furthermore, toxicity is a major reason for treatment discontinuation. Finally, lifelong adherence to the complex drug regimens is unlikely to be reached by many of the patients.

Before TDM can be considered to be useful in HIV infection, the following criteria should be met:

This article describes the current state-of-the-art TDM in HIV infection.

The availability of accurate assays
Most laboratories involved in TDM of clinical pharmacological research with protease inhibitors (PIs) or non-nucleoside reverse transcriptase inhibitors (NNRTIs) use high- performance liquid chromatography (HPLC) with ultraviolet detection, or liquid chromatography with mass spectrometry (LC-MS).(1) There is a need for internal and external validation of assay performance. An international “Interlaboratory Quality Control Program” organised by the Department of Clinical Pharmacy at the University Medical Centre Nijmegen, the Netherlands, is currently in place,(2) and participation is strongly encouraged.

Interpatient variability in pharmacokinetics
Several data sets can be used to estimate the extent of interpatient variability. For example, in the Viradapt study, 32% of the patients had suboptimal plasma concentrations of the PIs versus 68% who had optimal concentrations (defined as more than two times the IC95).(3) In an analysis of 618 TDM samples, Baede et al demonstrated that suboptimal nelfinavir concentrations (defined as <75% of normal population values) were present in 25%, 38% and 43% when samples were sent in for routine purposes, because of therapy failure, or suspicion of noncompliance, respectively.(4) Burger et al found a 51% and 92% coefficient of variation in peak and trough concentrations of indinavir in a group of 100 patients who used indinavir 800mg plus ritonavir 100mg twice daily.(5)

Drug concentrations correlate with antiviral effect
Perhaps the strongest argument for TDM is that virological response is more strongly related to drug levels than to drug dose. In the recent past, several studies have demonstrated these relationships (reviewed by Acosta et al).(6)

However, when stored plasma samples from patients included in this study were retrospectively analysed, it appeared that having optimal drug concentrations was more important than knowledge of resistance mutations (see Figure 1).

The relationship between drug levels and antiviral effect is present not only for PIs but also for NNRTIs.(7,8) Table 1 shows proposed targets for plasma concentrations of the PIs and the NNRTIs. It should be noted that these levels reflects target values for treatment-naive adults who are receiving triple drug therapy consisting of two nucleoside reverse transcriptase inhibitors and either a PI or an NNRTI. Target values for ritonavir-enhanced PIs may be different from the values in Table 1.

Drug concentrations correlate with toxicity
Far less attention has been paid to exploring the relationships between drug concentrations and toxicity of antiretroviral regimens. This is remarkable because toxicity is the major reason for discontinuation of treatment, and may also promote nonadherence.

Randomised clinical trials of TDM versus no TDM
So far, data from two prospective clinical trials have been presented at international conferences. The Pharmadapt study compared TDM with no TDM in patients starting a secondline PI-containing regimen.(11) Blood was sampled at week 4; at week 8 a dose modification was installed (if indicated by the week 4 result); and at week 12 the effect of the dose modification was evaluated.

In the preliminary analysis, no difference was observed between the group of patients who received TDM and the group of patients who did not receive TDM. This study has some severe limitations, of which the minimum number of interventions (fewer than 15%), the short follow-up (only four weeks), and the large variability in selected regimens (no regimen was prescribed in more than 15% of the patients) are probably most important.

In contrast to Pharmadapt, the ATHENA study did show a significant benefit of using TDM.(12,13) This study focused on treatment-naive patients who started either an indinavir- or a nelfinavir-containing regimen. After one year’s follow-up, significantly more patients were still using the PI and had a viral load below 500 copies/ml. Interestingly, the benefit of using TDM of nelfinavir was based on the prevention of the development of virological failure, while for indinavir TDM was mainly applied for toxicity management.

Low drug levels correlate with nonadherence
It is known that strict adherence to the complicated drug regimens is of paramount importance in HIV treatment. Paterson et al have shown that for optimal virological response patients need to take at least 95% of their medication.(14) In order to evaluate a patient’s response to treatment, one should be able to monitor the degree of adherence. However, there is no gold standard for measuring adherence.

All possible methods (such as self-report, TDM, pill counts, pharmacy records, microelectronic measurement system [MEMS]) have their limitations. TDM has the advantage of being an objective and direct method to determine adherence. Because of the short elimination half-lives of PIs, TDM can be used to detect nonadherence only shortly before a visit to an outpatient clinic. For NNRTIs, fluctuations in drug concentrations at subsequent visits indicate nonadherence.

Duong et al have evaluated three different methods to assess adherence to PIs: self-report, drug levels, and routine biological markers such as macrocytosis related to zidovudine use.(15) A patient was considered to be nonadherent when the drug concentration was less than 50% of the normal value in a reference population. It appeared that the drug concentration was the most significant predictor of virological response. It had an 83% positive predictive value and a 60% negative predictive value. Similar results relating low drug levels with self-reported nonadherence have been presented before by Murri et al.(16)

This is in line with what common sense tells us: a low drug level suggests nonadherence, but a normal drug level does not necessarily mean good adherence.

Special patient populations
Even when TDM is not considered to be a routine test, it may have a place in certain specific patient populations. For example, hepatic dysfunction (particularly in hepatitis B or C coinfected patients) may cause elevated drug concentrations leading to an increased risk of toxicity. Subsequent dose modifications may then result in normal reference values.

Treatment of HIV-infected children may also be considered as an indication for TDM, as changes in body weight may change dose requirements after prolonged duration of treatment.(17) Finally, the high potential for drug–drug interactions, also with alternative therapies such as St John’s wort,(18) may necessitate repeated measurement of drug concentrations  to prevent altered pharmacokinetics after the addition or withdrawal of an interacting agent.

Limitations of TDM
There are a number of limitations of TDM that must be kept in mind before one starts implementing it in routine patient care. First, treatment of HIV consists of combination therapy, and it sounds irrational to measure only one component of the regimen (ie, the PI or the NNRTI) when evaluating antiviral response. However, because so many studies have demonstrated relationships between a single component of the combination regimen and therapeutic response, monitoring of that single component may substantially contribute to an improved response to therapy.

A second important limitation of TDM is that one should be aware of the interplay between the virus, the patient and the drug.(19,20) Most studies evaluating relationships between drug levels and virological response included patients who harboured virus that was fully sensitive to the drug of interest. For that reason, the therapeutic ranges apply only to treatment-naive patients, assuming wild-type virus to be present.

As soon as resistance to a drug has developed, higher drug levels may be necessary to suppress viral replication of the resistant strain. Targets for TDM should then be individually developed according to the genotypic or phenotypic resistance profile of the particular patient.

Conclusion
The arguments in favour of TDM are predominantly the observed concentration-response relationships and the wide interpatient variability. Based on this information a therapeutic range has been proposed for the PIs and the NNRTIs (see Table 1).

A randomised controlled clinical trial, ATHENA, has shown that TDM of indinavir and nelfinavir in treatment-naive patients improves the outcome of treatment. A number of other trials are currently underway to evaluate whether TDM of other patient populations and/or other drugs also contributes to an improved therapeutic response in these situations.