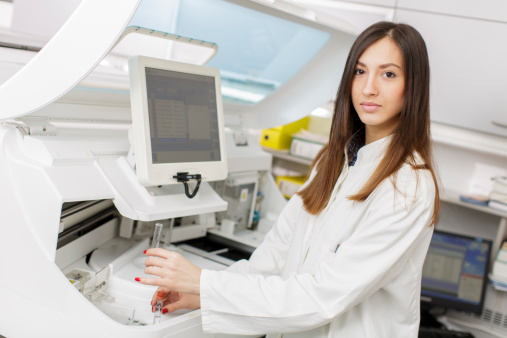 The drug is being developed for the treatment of acute bacterial skin and skin structure infections (ABSSSI) and complicated skin and soft tissue infections (cSSTI).

The drug is being developed for the treatment of acute bacterial skin and skin structure infections (ABSSSI) and complicated skin and soft tissue infections (cSSTI).

The results will appear in a forthcoming print issue of the The Lancet Infectious Diseases, having already been published online. The authors note that ESTABLISH-2 was the first prospectively designed clinical trial consistent with the fundamental elements outlined in the final US Food and Drug Administration (FDA) ABSSSI Guidance released in 2013.

SIVEXTRO is a once-daily oxazolidinone being developed for both intravenous (I.V.) and oral administration for the treatment of serious infections caused by certain Gram-positive bacteria, including those caused by methicillin-resistant Staphylococcus aureus (MRSA).

The published data are based on one of the two global phase III clinical studies of SIVEXTRO (ESTABLISH-1 and ESTABLISH-2), which met the primary and secondary endpoints defined by the FDA and European Medicines Agency (EMA). The clinical trials enrolled 1,333 people in the US, Europe and other regions worldwide.

As outlined in The Lancet Infectious Diseases, a focus of the ESTABLISH-2 clinical trial was to evaluate the efficacy and safety of the I.V. to oral transition of SIVEXTRO in the treatment of ABSSSI. The randomised, controlled phase III clinical trial compared SIVEXTRO 200 mg given as a once-daily dose for 6 days with linezolid 1,200 mg divided as a twice-daily dose for 10 days, both administered by I.V. with a possible switch to oral study treatment, when pre-specified criteria were met.

The results showed a 6-day course of once-daily SIVEXTRO to be non-inferior to 10 days of twice-daily linezolid for the treatment of ABSSSI. In the ESTABLISH-2 study, the adverse event rates were similar for both SIVEXTRO- and linezolid-treated patients. Gastrointestinal adverse events (diarrhoea, nausea and vomiting) were the most commonly reported in both treatment groups.

“Publication of ESTABLISH-2 clinical trial results in The Lancet Infectious Diseases contributes important information to the infectious disease community worldwide about SIVEXTRO,” said Steven Gilman, PhD, Executive Vice President of Research and Development and Chief Scientific Officer of Cubist Pharmaceuticals. “These data provide further support for the potential of SIVEXTRO as a novel treatment option that might be used in the transition from I.V. to oral therapy in a short, six-day course of treatment for patients with serious skin infections.”

“Acute bacterial skin and skin structure infections are a common problem that we see every day in emergency departments and clinics across the U.S. These infections can be devastating to patients, and are among the most common infections treated in hospitals. MRSA is recognized as a frequent cause of these infections, and is now declared a serious public health threat in the U.S. because of increasing incidence in the last decade,” said Gregory J. Moran, MD, Clinical Professor, UCLA Department of Emergency Medicine. “With limitations of some existing therapies, including resistance to certain agents, there is a need for new antibiotics in addition to a focus on appropriate use.  It is encouraging to see these clinical trial data in hospital and outpatient settings, as SIVEXTRO may become a potential treatment option for acute bacterial skin and skin structure infections, including those caused by MRSA.”

Data from the ESTABLISH-2 study, along with data from the previously published ESTABLISH-1 study, served as the basis for Cubist’s New Drug Application (NDA) for SIVEXTRO, for which Cubist is seeking approval in ABSSSI. The FDA accepted the NDA in December 2013 for Priority Review, assigning a Prescription Drug User Fee Act (PDUFA) action date of 20 June 2014. On 31 March 2014 the FDA Anti-Infective Drug Advisory Committee (AIDAC) voted unanimously to recommend approval of SIVEXTRO. The Company also recently announced that the EMA accepted for review its Marketing Authorization Application (MAA) for SIVEXTRO, for which Cubist is seeking approval for the treatment of cSSTI.